In Jim Brandon's 1983 book, The Rebirth of Pan: Hidden Faces of the American Earth Spirit, he wrote, regarding the "name game":

One of the hidden name games that seems constantly in battle for our attention, second only to the Fayette Factor, is the one with roots in the name Nicholas.


I wanted to add a couple of candidates to the Names of Power list – which I’ve probably mentioned before: that would be Nicholas and permutations (from Old Nick and Santa Claus up), and U.S. presidential names. 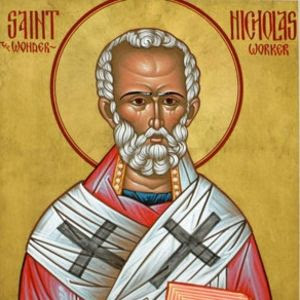 Nicholas does have some interesting connections:


Nicholas = English and Dutch: from the personal name (Greek Nikolaos, from nikān "to conquer" + laos "people"). Forms with -ch- are due to hypercorrection. The name in various vernacular forms was popular among Christians throughout Europe in the Middle Ages, largely as a result of the fame of a 4th-century Lycian bishop, about whom a large number of legends grew up, and who was venerated in the Orthodox Church as well as the Catholic. In English-speaking countries, this surname is also found as an Americanized form of various Greek surnames such as Papanikolaou "(son of) Nicholas the priest" and patronymics such as Nikolopoulos.

For years, Brandon has noted the Nicholas name game. For example,  in 2012, he wrote:


I suppose y’all noticed that the successful walk over Niagara Falls brought a hot name-of-power into play, in this case Nervous Nick, which seems to be running a close second to Fateful Fay these days.
Nik Wallenda (aka Nicholas Troffer) reportedly made the only known walk directly over the falls, rather than over the river farther away. He wore a safety device at the insistence of ABC-TV. Incredible, nevertheless.

Examining monikers, sometimes we find surprises. For instance, I discovered the name Nixon, which is an English baby name, is part of this name nexus. The meaning of the name Nixon is, literally, an abbreviation of Nicholas. 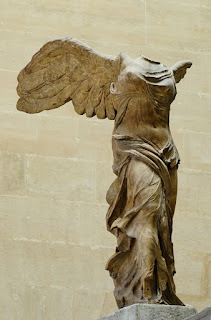 The mythological Nike was a Greek goddess of victory and root origin of Nicholas. The Roman equivalent was Victoria. Depending upon the time of various myths, she was described as the daughter of the Titan Pallas and the goddess Styx, and the sister of Kratos (Strength), Bia (Force), and Zelus (Zeal).

Nicholas in the News

How do names aligned to "Nicholas/Nick" slip into some of the violent stories we track?

Let's take the shooting on Sunday, May 29, 2016, on the west side of Houston, Texas. An active shooter began firing shots around 10 a.m. at 13200 Memorial Drive, at the corner of Memorial Drive and Wycliffe. (See more details, here.)

When the story was first published, no names of the shooter or the victims were published. A day later, the identities began surfacing in the media.

The gunman fired 212 rounds during a rampage at an auto detail shop as he killed one and injured several. He was shot dead in the event, and was identified as Army veteran Dionisio Garza III from Rancho Cucamonga, San Bernardino County, California.

In and of itself, "Dionisio Garza" is quite a name.

Garza is a Galician and Basque noble surname and the Spanish language equivalent of Heron (bird). Garza has also become a part of many placenames. Garza was the surname of many Sephardic Jews that settled in Monterrey, Nuevo León and the name is still found in many famous people from that Mexican state.

Dionisio is the Spanish and Italian form of Dionysius. The Greek name Dionysius, deriving from the name of the Greek god Dionysus, was exceedingly common, and many ancient people, famous and otherwise, bore it. It remains a common name today in the form Dennis (Denys, Denis, Denise). The modern Greek form of the name is Dionysios or Dionysis. The Spanish form of the name is Dionisio. 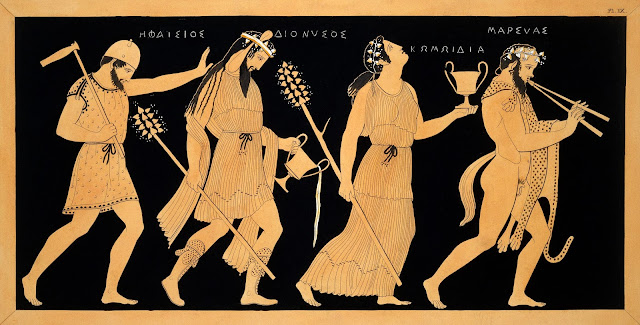 The cult of Dionysus was closely associated with trees, specifically the fig tree, and some of his bynames exhibit this, such as Endendros "he in the tree" or Dendritēs, "he of the tree". The original meaning is suggested as "he who runs among the trees," or that of a "runner in the woods". Some analysts propose the more cosmological interpretation of "he who impels the (world-)tree." This interpretation explains how the name could have been re-interpreted from a meaning of "tree" to the name of a mountain: the axis mundi of Indo-European mythology is represented both as a world-tree and as a world-mountain. 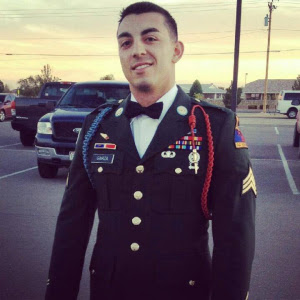 Dionisio Garza III, 25, was an Army vet and had spent two tours in Afghanistan. 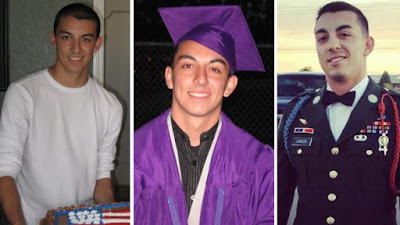 The owner of the auto detail shop saw the bare-chested man with a crew cut (Garza) stride calmly up to his wife Sunday morning as she chatted with a longtime customer at their family-owned car wash off Memorial Drive. He reached around her, shooting Eugene Linscomb in the head while the 56-year-old sat in his Mercedes. (Linscomb is an English name from a Devon location called Lincombe, named in Old English with lin "flax" or lind "lime tree" + cumb "valley.")

"That man's the devil," the gunman declared.

The owner's wife sank to the ground, reciting the Lord's Prayer.

"Y'all calm down. I'm not going to kill y'all, y'all are Christians," Garza said.


Railing against gays, Jews, and Walmart, Garza then walked back toward his car to grab an AR-15 assault rifle, yelling that the world was coming to an end. The owner, who has run Memorial Hand Car Wash for the past 13 years, seized the opportunity to escape. Grabbing his wife's hand, they sprinted across the street to a Chase Bank and jumped a residential wall. 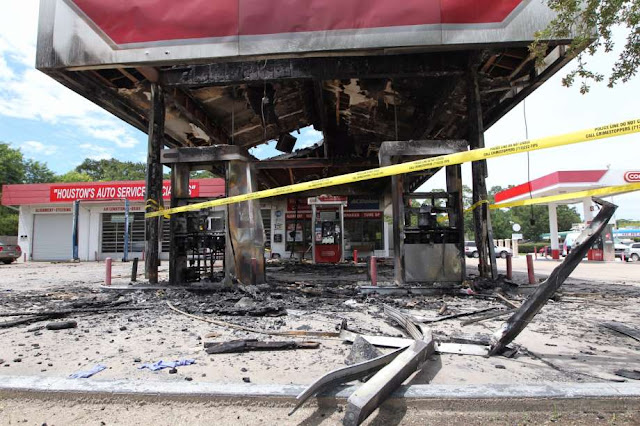 The names of the owner and his wife, who survived this event: Paris and Felicia Nichols.

The Nicholas/Nick/Nike/Nichols phenomenon was in evidence again. The NickName™ Game lives on.
Posted by Loren Coleman at 9:26 PM

Hell I am famous my name is Dennis, some call me Denny, some call me Denzo. I planted trees in the Pacific Northwest from 1981 to 1999. I estimate I planted between 750,000 and 1 million evergreen species of trees, Firs, pines, redwoods, larch, spruce. Some have even called me Denniso. Close enough to be a God me thinks. Interesting post Loren. In fun, Dennis

The paragraph beginning "The cult of Dionysus was closely associated with trees.." is really synching with me this evening, including the part about the world mountain.

An odd little synchronicity to report: reading this post while Prince's movie "Purple Rain" plays in the background, and while I'm reading about the Nick/Nickolas name nexus, guess what Prince is singing on tv? "Little Nikki" of course!