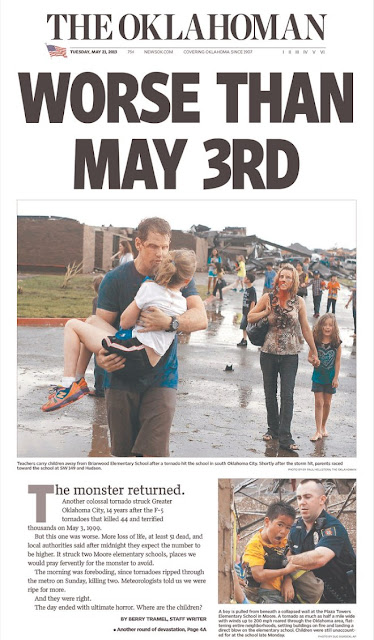 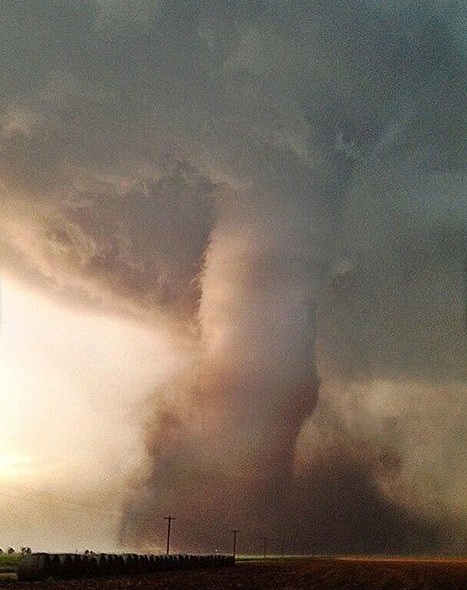 In Weird America (New York: EP Dutton, 1978), Jim Brandon introduces the concept of The Mystery Meridian. Brandon identifies a series of curiosities and oddities that are "overwhelmingly concentrated along a north-south axis between the ninety-seventh and ninety-eighth meridians of longitude, give or take a few miles on either side." 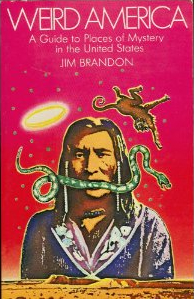 Brandon especially documents the weirdness along this Mystery Meridian in Kansas, Oklahoma, and Texas. But he also states that strange sites are to be found as the "line extends as far north as the Dakotas." 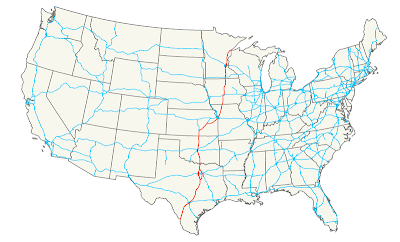 The Mystery Meridian is centered along Interstate 35, for half its length, in the South.

In Kansas, the Mystery Meridian was especially active late in 1973 and early in 1974, with a rash of cattle mutilations, especially in Ottawa County, the home of the Rock City's 200 strange unexplained spheres. That county is also the location of Delphos, where in 1879 ice fell from the sky, then on July 16, 1976 a phantom panther was sighted, and later during that same July 1974 for the flap of the Delphos "Wolfgirl." In 1897, there were the Kansas visitations of the mystery airships near Belleville (see also Bell name game), along this bizarre meridian.

In Oklahoma we discover, up and down the Mystery Meridian, a virtual explosion of weirdness clusters. Allow me to summarize:
*Crescent - Kerr-McGee Corporation is one of the few plutonium packing facilities in the country - and it was here that the infamous killing of Karen Silkwood occurred in November 1974; Government agents investigated whether "stolen" plutonium from the Crescent plant ended up with Texas devil worshipers who were mutilating cattle.
*El Reno - In May 1971, an unknown anthropoid was reported to be stealing chickens and left an apelike print on a coop; it was called the "Abominable Chicken Man of El Reno," and I was involved with investigating and discussing it with the Oklahoma City Zoo director.
*Enid - Three people who "by coincidence" were allegedly linked to the assassination of Abraham Lincoln all ended up in Enid: (1) David E. George, who claimed he was really John Wilkes Booth, died by poisoning at the Enid hotel here on January 13, 1903; (2) Boston Corbett, who reportedly was the army sergeant who rushed the Maryland barn and said he killed the original John Wilkes Booth, lived in Enid; and (3) also a resident here was said to be the former property manager who opened the window for Booth, allowing him to escape from Ford's Theater, after shooting Lincoln.
*Oklahoma City - The OKC bombing and other incidents start a long list for Oklahoma City. Weirder are the reports of an 1897 Airship seen here, a July 7, 1947 "flying saucer" sighting, and a November 1901 crocodilian (4.5 ft long) found in the Canadian River, in nearby Norman. 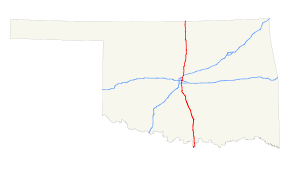 Today, death and destruction visited the Mystery Meridian in Oklahoma, in the form of tornadoes. 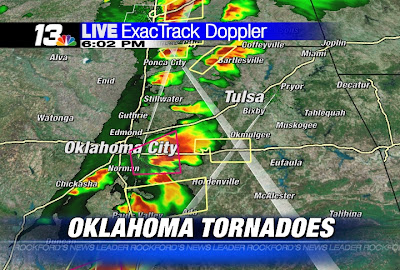 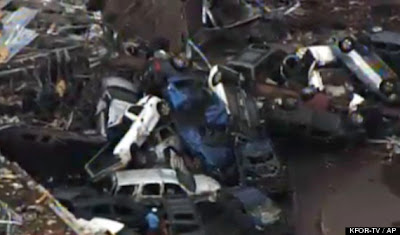 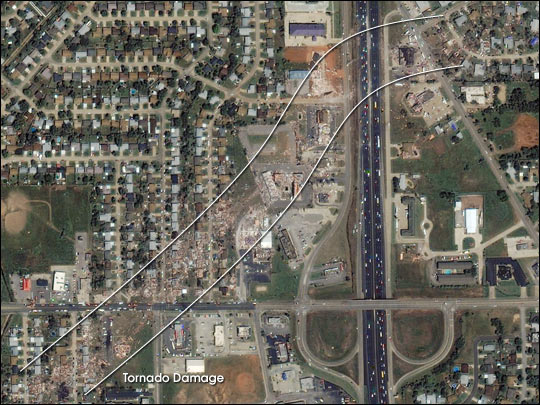 The most damage seems to have focussed on Moore, Oklahoma, where the 1999 tornado also hit. 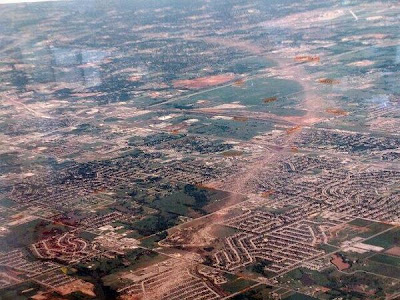 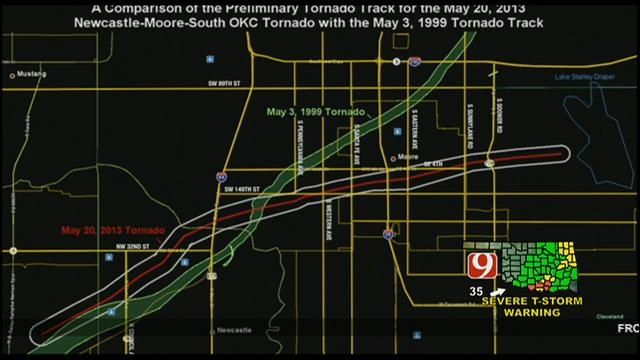 On Monday, May 20, 2013, more than 51 people were killed by the massive tornado that hit the Oklahoma City area, the office of the state's chief medical examiner said. Several children were killed. At least 20 children are among the 51 people killed after a tornado slammed Oklahoma. Of those killed, seven have been confirmed as children from the Plaza Towers Elementary School in Moore, police said. At least 145 people were hospitalized in the area, said hospital officials.

The tornado leveled buildings, while cutting a wide path of destruction the scale of which is just starting to become clear. Rescue workers were digging through the rubble of an elementary school looking for trapped students

The Monday storm came in the wake of destruction that hit the area on Sunday night.

Andrew Griffin at Red Dirt Report earlier today wrote, "Driving around the area near Dale, Bethel Acres and then back towards Lake Thunderbird and on into Norman, we criss-crossed the areas where the Sunday tornado had passed through. Twisted bits of metal, downed power poles and homes that were badly damaged by the destructive force of the tornado were clearly visible in these areas of Oklahoma, Pottawatomie and Cleveland counties.

"As we write this story, a new, powerful tornado formed west of Newcastle and went east-northeast, right through Moore and parts of the southside of Oklahoma City. The devastation is massive. People are injured, possibly dead. This is as bad – or at least more widespread in terms of damage – as the notorious May 3, 1999 tornado that hit Moore." 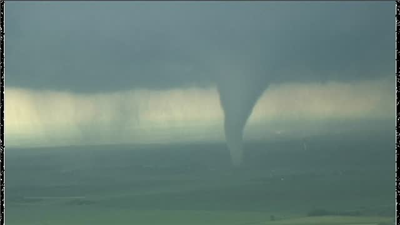 Read more, at the Red Dirt Report. And check there for further updates.
Posted by Loren Coleman at 11:17 PM

Loren, I was just last night reading a book about Lake Superior Agates (don't ask) that states the famous agates formed in lava flows created when North America began to break apart, about 1 billion years ago. The rifted never completed.

What I find curious is that the rift shown on the map of the book follows the same track as the meridian, at least through Minnesota, Iowa, and Kansas.

Two days before this horrific natural disaster here in Oklahoma, in the very spot where the tornado crossed, in Moore, my son and I had a strange sighting of "lights" right along I-35, which I reported at the time, here - http://www.reddirtreport.com/red-dirt-grit/strange-lights-over-moore-grab-rdrs-attention