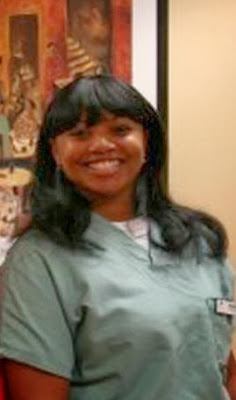 Washington D.C. has been hit by another shooting incident that captured the media's attention. The US Navy Yard shooting left 12 dead and the gunman, Aaron Alexis.

A woman who tried to force her car through a White House security fence Thursday afternoon was shot and killed by police after a 12-block chase past the Capitol, which was locked down for a half-hour, authorities said.
The suspect — a dental hygienist with a history of mental issues, according to sources — had a 1-year-old child with her who was not hurt, police said.
One Secret Service officer was struck by the woman's car, and a Capitol Police officer was injured when he slammed into a barricade during the pursuit.
The U.S. Capitol was placed on lockdown following a car chase and shooting involving a woman who attempted to ram the White House gates.
All the shots fired came from the officers involved in the pursuit, and the woman — identified as Miriam Carey, 34, of Stamford, Conn. — did not have a gun, law-enforcement sources said. 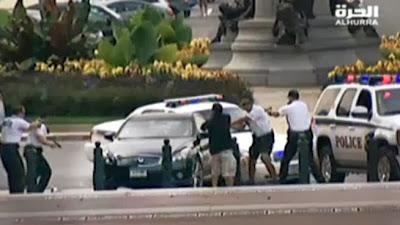 The woman seemed to be doing the unthinkable.

The Washington Post tried to understand what had happened.


Her sister, Amy Carey, a Brooklyn nurse, was incredulous when she was reached Thursday afternoon and told what had happened outside the Capitol.
“That’s impossible. She works, she holds a job,” said Amy Carey, who confirmed that her Stamford-based sister drove a black car. She said she knew of nothing that would bring her sister to Washington. “She wouldn’t be in D.C. She was just in Connecticut two days ago, I spoke to her. . . . I don’t know what’s happening. I can’t answer any more.”

S. Hunter notes, "both Miriam and Aaron openly claimed they were being stalked by government officials."

Aaron Alexis was arrested in Seattle in 2004 for shooting out the tires on an individual's vehicle." Miriam Carey's tires had recently been slashed in an incident in Connecticut, shares correspondent Hunter.

What does the woman's name Miriam Carey mean?

Miriam is the original Hebrew form of Mary. It is used in the Old Testament, where it belongs to the elder sister of Moses and Aaron. It has long been popular among Jews, and it has been used as an English Christian name since the Protestant Reformation.

Carey is from an Irish surname which was derived from Ó Ciardha meaning "descendent of Ciardha," derived from Irish ciar "black".

A black woman in a black car with a black name attacking the White House of our first black president?

For several incidents of late, as in this one, AfricanAmericans have been the foci.

There are no coincidences.

After years of workplace shootings and "random" acts of mass violence in schools, malls, and other settings being linked to "lone nut" Caucasian males, we have entered a period of intense media attention to African-American/black individuals being involved.

Posted by Loren Coleman at 9:47 PM

Aaron Alexis was tormented by the sounds of the radio

There have been a handful of examples of race-based rage killings, spread out over the last three decades, though they are rare. The victims in a mass shooting are usually of the same race. Thus the spate of incidents over the last six months where the shooter and victims are of different races is indeed noteworthy:

8-19-13 White Michael Brandon Hill, 20, stormed into an elementary school in Georgia with an Ak-47 that was full of African-American kids, though there were no casulties.

One has to wonder if this is all part of a covert effort to hype up tensions between different ethnic group to distract from other real issues.

starviego said...
This comment has been removed by a blog administrator.
12:00 AM

Besides the fact that an unarmed person was shot after the car had already crashed to a stop...what I find odd and disturbing is that both Miriam and Aaron openly claimed they were being stalked by government officials. Yet, neither of them received any mental health treatment.

In your previous post My Elf Weapon you noted "research showed that when Alexis was arrested in Seattle in 2004 for shooting out the tires on an individual's vehicle". Miriam Carey's tires had recently been slashed in an incident in Connecticut.

Prunella Jones said...
This comment has been removed by the author.
3:29 PM

And we are told that she was shot to death at Constitution Ave and 2nd Street.

Hmmm, dramatic over-killing by guns at a place that resonates the 2nd amendment. What are the odds?

Zero. This is just another example of the manufactured news that rules our bought-and-paid-for media, carefully staged and scripted to push a certain agenda.

IMO, this woman probably doesn't even exist, she is a vicSim, a fictional person contrived from CGI and made up personal history.

That seems much more logical to me than believing that the government was "mind-controlling " her. Much easier and less messy too. I'm sure they would like us to believe they have that kind of power over us, I doubt they do.

And hey, why go to the trouble of actually killing someone - real people have real relatives and loved ones who might ask too many questions and make a big stink - when all they need is for us to think it happened?

Wag the Dog showed us that it's pretty easy. The vast majority believe the news media doesn't lie (in fact, there is no law that says they can't) and won't look too closely at the pics or videos of something as upsetting as a murder, so why wouldn't they?

It's like the wizard of Oz, I think. He appeared to be very powerful and magical, but turned out to be just a man behind a curtain.

Carey's being a black Miriam (Mary) with a small child resonates strongly with the Black Madonna. "Black Madonna" has been showing up in the news lately:

This incident's location, Washington D.C., is synchromystically important here. in his book The Secret Architecture of Our Nation's Capital, David Ovason argues that symbolism in the artwork, architecture, and layout of D.C. repeatedly appears which emphasizes the constellation Virgo (the Virgin).

One thing that is really interesting to me about this story is how all the headlines say something like "Woman Rams WH Gate", "Attempt to Ram Gate..."

Rams is Mars spelled backwards, and Mars has been in the "news" so much lately. Also, there have been many stories involving gates, like the Westgate Mall "shooting", it makes me wonder what they are getting ready to spring on us.

What gate is getting ready to be rammed through?

Or at least appear to be rammed through?

Rams make me think of Moses...

"then he presented the ram of the burnt offering, and Aaron and his sons laid their hands on the head of the ram. 19Moses slaughtered it and sprinkled the blood around on the altar. 20When he had cut the ram into its pieces, Moses offered up the head and the pieces and the suet in smoke."

What about Christopher Dorner? Wouldn't he fit the bill?

"The woman who attempted to drive her vehicle through a White House gate, then led Capitol police on a high-speed chase before being shot dead, had a history of mental illness and "believed President Obama was electronically monitoring her Connecticut home in order to broadcast her life on television," reports ABC News, citing sources who knew her. Multiple law enforcement sources have identified her Miriam Carey, and sources cited by ABC News say "Carey believed she was the 'prophet of Stamford' and was capable of communicating with Obama."

CBS News correspondent Bob Orr reports that she was ordered to undergo a mental health evaluation after an encounter with police in Connecticut about a year ago. CBS News reports that she "told police in December that she was a prophet, that President Obama would place the city of Stamford under a 'lockdown' and that he had her and her residence under electronic surveillance.""

Even without any esoteric connections or underpinnings, these events are deeply troubling and the term "mentally unbalanced" being applied to the perpetrator is being done now just a little too quickly and frequently. I suspect these highly public events are symptoms of a deep dissatisfaction and malaise in the US population as a whole that nobody is willing to publicly acknowledge or address, least of all the media.

I just remembered that cavities and tooth decay are also known as dental caries.

And we are told that Miriam Carey is dental hygienist.

Carey/Caries, how perfect is that?

Whoever made this story up had a great laugh over that one I bet.