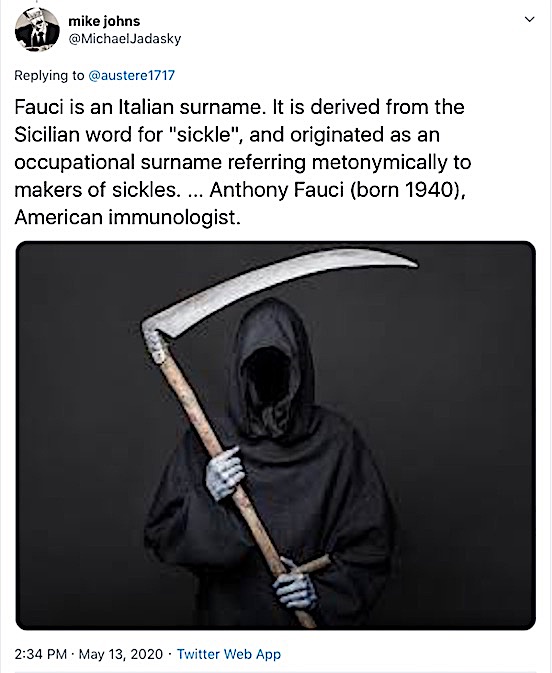 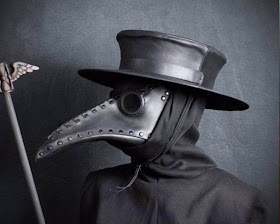 In 2016, it was the Phantom Clowns and Stalking Clowns. Will 2020 be the Year of the Stalking Plague Doctors?  For the historical reference, see "Phantom Clowns: Classified," September 6, 2016. 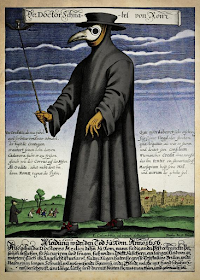 Copper engraving of Doctor Schnabel (i.e., Dr. Beak), a plague doctor in seventeenth-century Rome, circa 1656. (The painting's use as a mocking of the horrific effect of the costume is theorized here.)

"Walpurgis Night, when the devil was abroad, when the graves were opened and the dead came forth and walked. When all evil things of earth and air and water held revel." 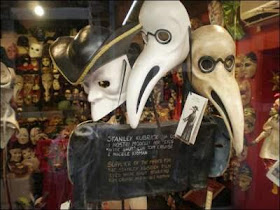 In the midst of the present worldwide novel coronavirus/COVID19 pandemic, will (as one anonymous commentator termed them) "steampunk goth wannabes" portraying Plague Stalkers begin appearing? 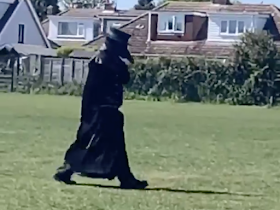 On April 29, 2020, the National Post published photos take by Jade Gosbell, 21. First reported by the Press Association, a person was seen crossing a Norwich recreational area, dressed in the full garb of the infamous doctors whose outfits became a symbol of death. 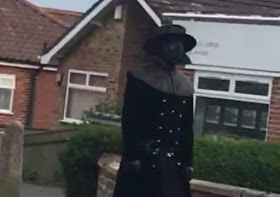 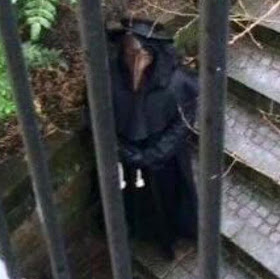 This supposed Plague Doctor was photographed in Hellesdon, a Norwich suburb, in the United Kingdom. 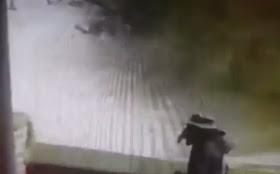 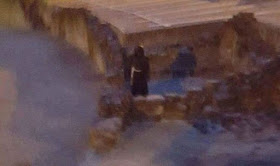 A Plague Doctor, publicized widely on June 24, 2016, in a long black hooded cloak with a beaked mask, shoulder bag and white stick, was seen taunting people in historic Chester, UK. The mystery person was spotted several times by spooked residents, usually at night. YouTube footage was taken at daylight on a section of the Chester's Roman walls, by the River Dee.

In the short clip, entitled "The Chester ChronicleCreepy plague man vid" the person surveyed the river, then headed off in the opposite direction.

Chester-based social enterprise Big Heritage finally owned up to being behind the trick after the story hit the national headlines.

But after the reveal, more sightings occurred, and Big Heritage said they were not responsible.

Stay tuned for the events of 2020 and beyond. 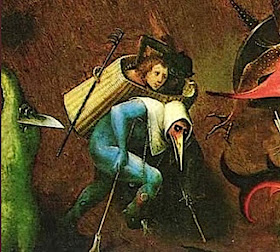 Hieronymus Bosch painted this image at the end of the 15th century. 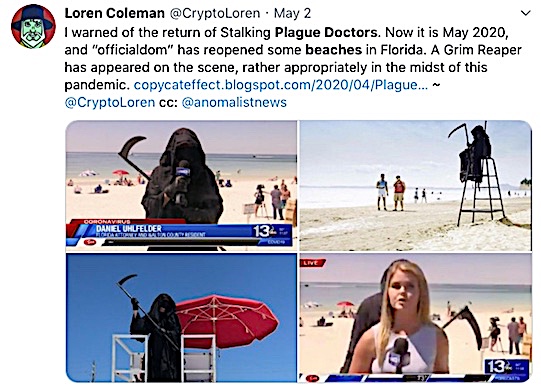 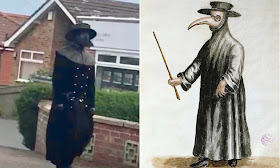 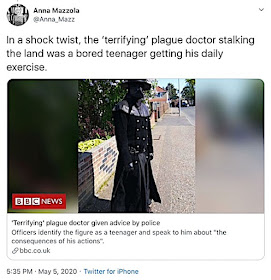 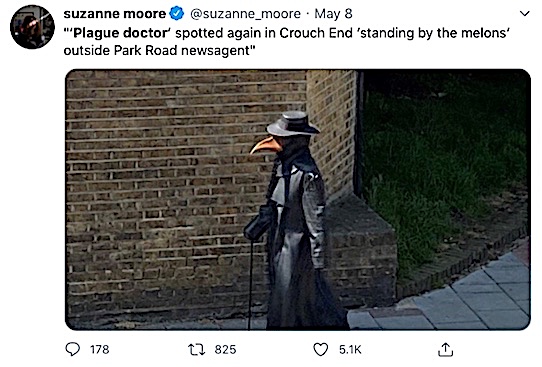 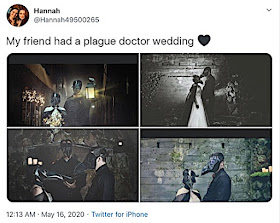 Also, it has been observed that Dr. Anthony Fauci is, indeed, a "plague doctor" who appears to be stalking the legacy of President Trump. 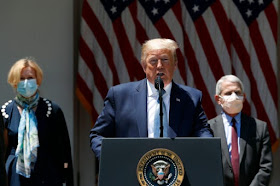 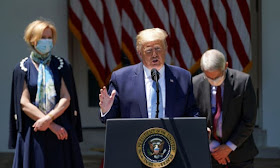 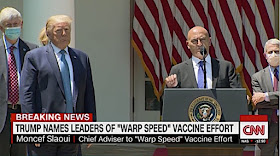 In the nearly five years since Donald Trump came down the escalator to declare his candidacy, a set of iron laws has applied to those who enter his orbit.

Rick Wilson, the former GOP strategist who is now a Trump nemesis, summed up the pattern in the title of his best-selling book from last year: Everything Trump Touches Dies. The details vary, but being tempted by Trump has turned into the modern version of the Faust saga. In exchange for benefits that seem glittery and attractive, people around Trump give away much more than they could have reckoned. ~  "This Is How It Looks When You’re Not Afraid: Anthony Fauci is the rare senior government official who seems more devoted to truth than to Trump." by James Fallows, The Atlantic, April 13, 2020.
Source.