"Man is least himself when he talks in his own person. Give him a mask, and he will tell you the truth." ~ Oscar Wilde 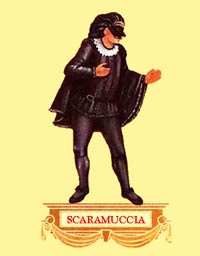 "Virtue has a veil, vice a mask." ~ Victor Hugo 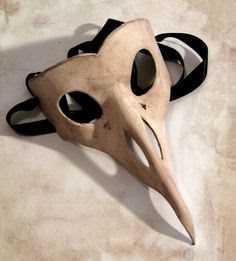 Scaramuccia is linked to one specific mask, which is similar to to the Plague Doctor mask. 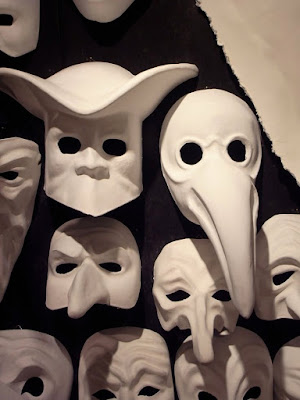 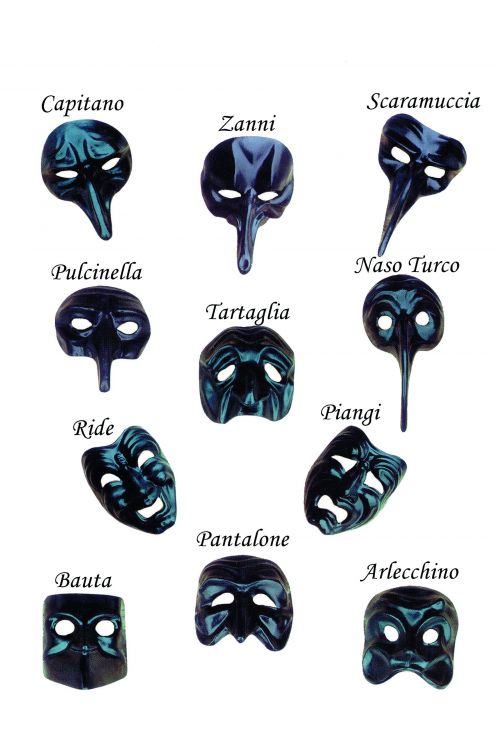 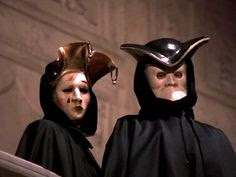 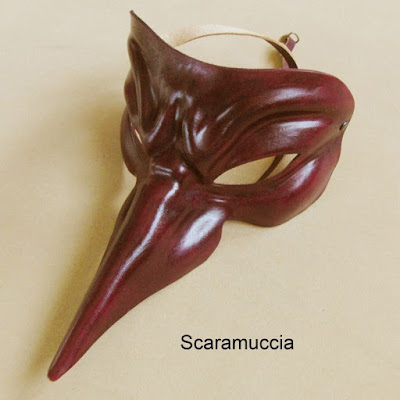 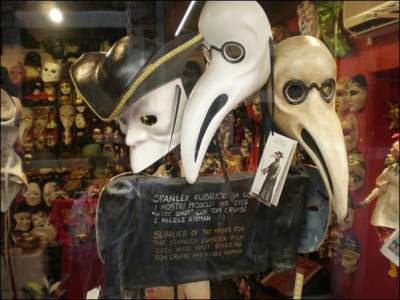 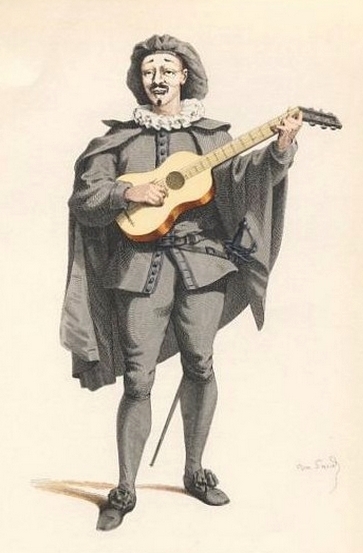 Scaramuccia (literally "little skirmisher"), also known as Scaramouche or Scaramouch, is a stock clown character of the Italian commedia dell'arte. The role combined characteristics of the zanni (servant) and the Capitano (masked henchman). Usually attired in black Spanish dress and burlesquing a don, he was often beaten by Harlequin for his boasting and cowardice.

Although Tiberio Fiorillo (1608–1694) was not the first to play the role, he greatly developed and popularized it. He removed the mask, used white powder on his face, and employed grimaces. He had a small beard, long mustache, and wore a predominantly black costume with a white ruff. In France he became known as Scaramouche.

In the 19th century the English actor Joseph Grimaldi and his son J. S. Grimaldi made numerous appearances as Scaramouche.

Scaramouche entertains the audience by his "grimaces and affected language". Salvator Rosa says that Coviello (like Scaramouche) is "sly, adroit, supple, and conceited". In Molière's The Bourgeois Gentleman, Coviello disguises his master as a Turk and pretends to speak Turkish. Both Scaramouche and Coviello can be clever or stupid—as the actor sees fit to portray him.

One strange aspect of the character Scaramuccia is that at the end of his act, he "loses his head," by it being hit and coming off his shoulders or being beheaded.

In 2008, Scaramucci served as a fundraiser for President Barack Obama. In September 2010, Scaramucci asked Obama at a CNBC Town Hall meeting when he was going to "stop whacking Wall Street like a piñata."

Scaramucci was a member of the New York City Financial Services Advisory Committee from 2007 to 2012. He is a registered Republican and served as a National Finance Co-Chair for Mitt Romney for President in 2012.

During the 2016 presidential election, Scaramucci first endorsed Scott Walker and later Jeb Bush. In May 2016, after both Walker and Bush had withdrawn from the race, he signed on to Donald Trump's political campaign by joining the Trump Finance Committee. 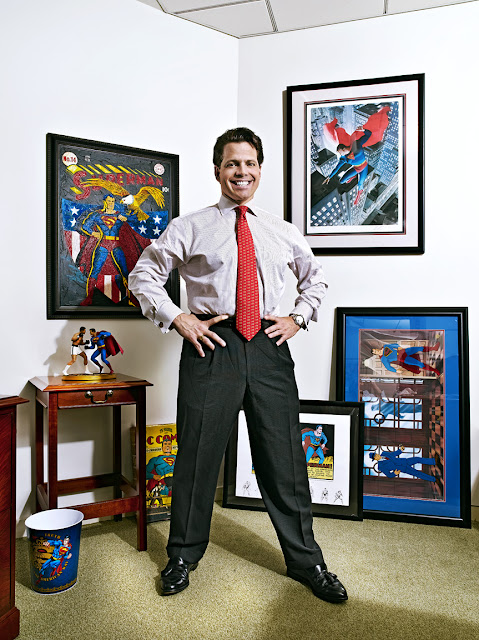 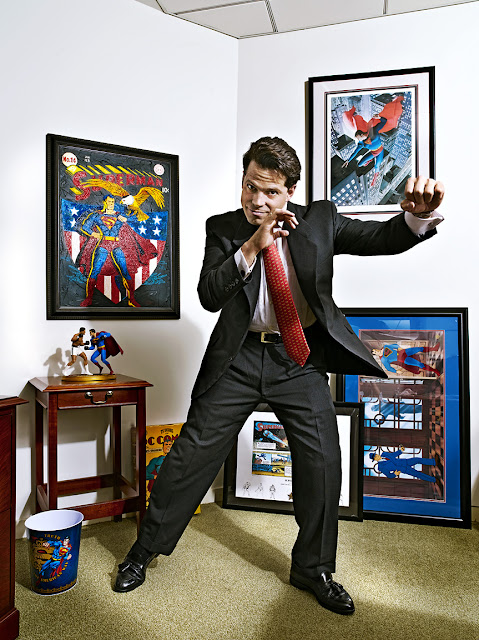 Scaramucci was soon gone from the White House.

On July 31, 2017, Trump dismissed Scaramucci from his role as communications director on the recommendation of Kelly, who wanted him removed because he did not think Scaramucci was disciplined and believed Scaramucci had burned his credibility.

Posted by Loren Coleman at 2:19 PM