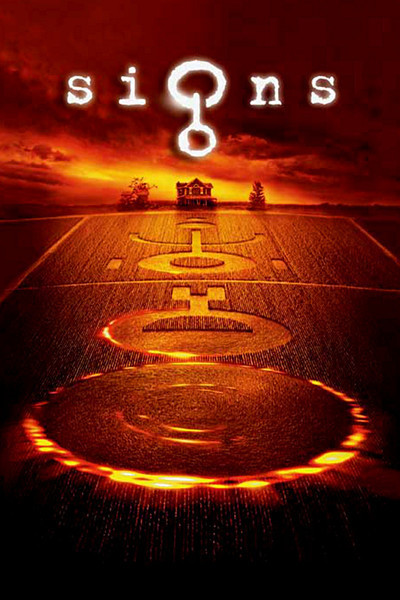 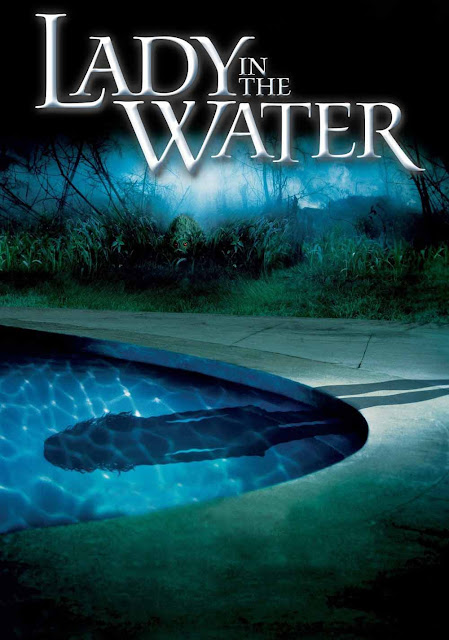 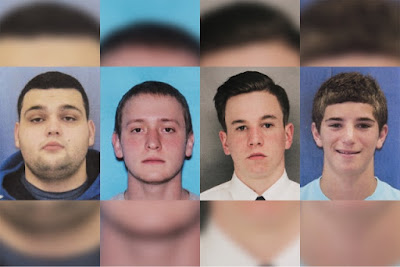 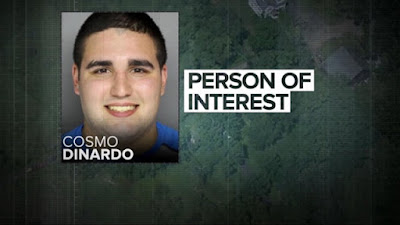 Bucks County is a very strange place (actually loved by Ivan T. Sanderson for its ringing rocks). M. Night Shyamalan’s 2002 film Signs, starring Mel Gibson and Lizardmen, was filmed and set in Bucks County. Shyamalan’s weird movie, Lady in the Water (about a nymph – a Merbeing?- and a werewolf-like Scrunt), was shot in Bucks County, Pennsylvania. With the exception of the Pine Barrens footage, all of The Last Broadcast (about the Jersey Devil) was taped in Bucks County. Also, a short scene from Stephen King’s The Stand is based in Bucks County.

Bucks County is weird. And now a weird crime is unfolding there.

A 20-year-old man has confessed to killing four men who were missing for days and burying their bodies at a sprawling Bucks County, Pennsylvania, farm owned by his family, his attorney said on Thursday, July 13, 2017.

Cosmo Dinardo's attorney, Paul Lang, said Dinardo made the confession and told investigators where the bodies were buried in exchange for avoiding the death penalty.

Video aired by KYW-TV showed the handcuffed Dinardo emerging from a meeting with authorities and telling reporters "I'm sorry" when asked what he had to say to the families of the men.

The body of one of four missing young men in Bucks County, PA, has been found.

Investigators are painstakingly excavating the 12.5-foot-deep grave where the body of one of four missing men and other human remains were found, Bucks County District Attorney Matthew Weintraub said Thursday, July 13, 2017..
The body, discovered Wednesday on a sprawling property in suburban Philadelphia, was identified as Dean Finocchiaro, 19. Additional human remains were found inside the grave but haven't been identified, Weintraub said.
"We are not done yet. This is a homicide, make no mistake about it," Weintraub told reporters. "We just don't know how many homicides."
Here are the latest updates in the investigation:
• The district attorney declined to name any suspects in the case.
• Police and investigators are working amid sweltering heat, dust and humidity to excavate the grave carefully.
• "They're down 12-foot deep in a hole that's getting deeper by the minute," he said.
Finocchiaro, who was last seen at about 6:30 p.m. Friday, was one of four young men who mysteriously disappeared last week.
The "all hands on deck" investigation into their whereabouts, including local and state police and the FBI, has centered on a farmland property in Solebury Township owned by Antonio and Sandra Dinardo.
Cadaver dogs led authorities to discover the grave Wednesday, Weintraub said.

The son of the property owners, Cosmo Dinardo, 20, was arrested Wednesday and accused of stealing and attempting to sell the vehicle of Thomas Meo, another of the missing men. Bail was set at $5 million cash after prosecutors argued in court that Dinardo was a flight risk.
The Dinardo family owns a cement and construction company called Cosan LLC.
Investigators will continue carefully excavating the grave for more evidence and to identify the other human remains.
"We are going to bring each and everyone one of these lost boys home to their families, one way or another," Weintraub said.
Missing men

Finocchiaro and the three other men between 19 and 22 went missing over several days last week within miles of each other.
The first to vanish was Jimi Patrick of Newtown Township. He was last seen at 6 p.m. on July 5 and was reported missing the next day after he had no contact with friends or family.
Police say the Loyola University Maryland student, 19, also didn't show up for work. He was a beer runner at a restaurant-bar in nearby Doylestown, CNN affiliate WPVI-TV reported.
"He was on the shyer side, but you would get a smile out of him, a little conversation," bartender Jennifer Albrecht told WPVI.

Patrick graduated from Holy Ghost Preparatory School in 2016, where Dinardo was also a graduate in 2015, according to Bill Doherty, the school's director of communications.

Meo's girlfriend told investigators that she had been texting with him on Friday until just before 7 p.m. After that, she had no contact with Meo, which was "out of the ordinary and not common," court documents said.

The men's disappearances have rankled the community, and about 100 residents and reporters gathered at a shopping mall a few miles from the property waiting for updates about them.

"We've been monitoring everything on Twitter. We wanted to be supportive and comforting for our community," said Wyatt McLeod, who lives in Bucks County.
An arrest

While the search intensified, Dinardo was arrested and accused of stealing and attempting to sell Meo's 1996 Nissan Maxima.

Data from a police license plate reader captured Dinardo's pickup and Meo's car driving in Solebury Township within seconds of each other at about 7:49 p.m. Friday, court documents said.

Meo's vehicle was found at a separate property owned by the Dinardo family, a day after authorities said Dinardo attempted to sell Meo's car to a friend for $500, according to a criminal affidavit.

The car was still registered to Meo and had not been legally exchanged. The keys and title to the vehicle were folded up and hanging on a wall inside a garage on the property, the affidavit said.

Meo is a diabetic, yet his life-saving diabetic kit was still in the vehicle, Weintraub said.

Dinardo was first arrested Monday on a charge of possession of a firearm, an offense dating to February unrelated to the missing men case, Weintraub said.

Dinardo was prohibited from possessing a firearm because he had a mental illness and had been involuntarily committed to a mental institution for inpatient care, court documents said.

A judge dismissed the charge in May, but the Bucks County district attorney's office authorized police to reinstate and refile charges last month.

Dinardo was released Tuesday evening after his father paid 10% of his $1 million bail in cash, but by Wednesday Dinardo was arrested again.

This time, he's facing one count each of theft and receiving stolen property, and is being held on $5 million bail.

"As parents, Mr. and Mrs. Dinardo sympathize with the parents and families of the missing young men and they are cooperating in every way possible with the investigation being conducted by law enforcement," the statement said.
Farmland search

Investigators search Wednesday for clues in the missing men case at a farm in Solebury Township.

For five days, dozens of law enforcement officers on foot and by air have searched the farmland owned by Dinardo's parents. Large makeshift tents were set up across the property, and investigative teams dug for evidence using large machinery.

"I am still encouraged by the pace of the investigation, but as you can imagine, it's just massive in scope," Weintraub said earlier.

Later he said: "Take the biggest (investigation) you've ever seen and multiply it by a million."

Susan Mangano and her teenage daughters said this quiet community has not seen anything like this before.

"We live here, we pass by, we saw the helicopters," Mangano said. "As a parent, it's been sickening to watch this. I have kids this age. It's just devastating."


An earlier report dealt with the unknowns.

BUCKS COUNTY, PA (CBS) — Sources say a Bensalem man has been arrested who could be involved in the disappearance of four Bucks County men.
A home off of Wayland Avenue in Bensalem that belongs to the Dinardo family was raided Monday afternoon.
Cosmo Dinardo, 20, has been charged with possession of a firearm and was arraigned Monday afternoon. He is being held at Bucks County Jail on $1 million bail.
The charges are unrelated to the disappearance of the Bucks County men, but sources say he may be involved in the disappearance of 19-year-old Jimi Patrick, 19-year-old Dean Finnochiaro, 21-year-old Tom Meo and 22-year-old Mark Sturgis.
According to a police affidavit, Dinardo was accused of possessing a shotgun and ammunition in February despite a history of mental illness that includes an involuntary commitment.

Neighbor Robert Gable says he’s surprised at the attention Dinardo is getting and believes there is some sort of mix up.
“Cosmo was always a great kid. Helps me out. I’m digging a flag pole a few weeks ago. He runs over grabs the shovel. Don’t do that. I’ll do it for you,” said Gable.

Throughout the afternoon, law enforcement officials from county, state and federal agencies collected evidence from the home.
Authorities are being tight-lipped and cautious with what they reveal.
Patrick was the first to be reported missing on Wednesday. On Friday, Meo, Finnochiaro, and Sturgis were all reported missing.
Sturgis and Meo were last seen together Friday night in the Doylestown area.
Sturgis’ father said the two men are friends.
Bucks County District Attorney Matt Weintraub was asked if the four are still alive during a press conference Monday morning.
“I can’t say. We hope and pray that they are, but we have to go where the investigation leads us,” said Weintraub. Weintraub said they are treating their disappearance as a criminal investigation at this time.
“Right now, the focus of the investigation is to determine their whereabouts,” said Weintraub.
Weintrab says they have information the four do know each other, but he wouldn’t elaborate and he said they are still working to confirm that.
Weintraub said during an afternoon press conference that he believes foul play is involved in the disappearance of the four men.
As for a body found in Philadelphia over the weekend, Weintraub says so far that is not a part of this investigation, which he says is all hands on deck from several different law enforcement agencies including FBI and State Police.
The search has centered at a home in Solebury Township. “We are not exactly sure what we are going to find there, but we are pretty confident that the investigation is proceeding,” said Weintraub.

Posted by Loren Coleman at 5:54 PM