Wreckage of a cargo ship believed to be the El Faro has been located in about 15,000 feet of water, the NTSB announced, media reports noted on November 1, 2015. 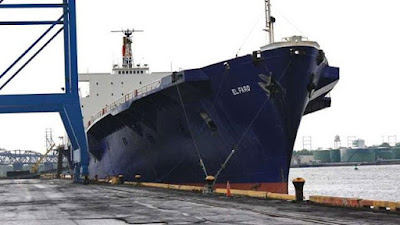 S. S. El Faro was a United States-flagged, combination roll-on/roll-off and lift-on/lift-off cargo ship. Built in 1975 by Sun Shipbuilding & Drydock Co. The vessel was renamed Northern Lights in 1991 and finally El Faro in 2006. It was lost at sea with all hands on October 1, 2015, after losing propulsion during Hurricane Joaquin.

El Faro departed Jacksonville, Florida, bound for Puerto Rico on the early morning of September 30, 2015, when then-Tropical Storm Joaquin was several hundred miles to the east. The following morning, after Joaquin had become a Category 3 hurricane, the vessel likely encountered swells of 20 to 40 ft (6.1 to 12.2 m) and winds in excess 80 kn (150 km/h; 92 mph) as it sailed near the storm's eye. Around 7:30 a.m., the ship had taken on water and was listing 15 degrees; however, the last report from the captain indicated the flooding to be contained. Shortly thereafter, the El Faro ceased all communications with shore and was declared missing on October 2.

The search for the 33 people aboard continued for several days. But it ended with no live survivors were found. Contact with El Faro was lost on Thursday as Hurricane Joaquin, a Category 4 hurricane, passed the Bahamas. 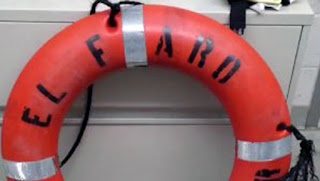 Authorities have found one body and debris (including a life ring), but have not seen the ship nor any survivors since the cargo vessel lost contact, until November 1st.

Three former crew members of El Faro, that apparently sank during Hurricane Joaquin, told CNN the ship had structural problems and questioned whether it should have sailed with a major storm in the region.

As it turns out, Faro is a card game.

Faro, Pharaoh, or Farobank is a late 17th-century French gambling card game. It is descended from basset, and belongs to the lansquenet and Monte Bank family of games due to the use of a banker and several players. Winning or losing occurs when cards turned up by the banker match those already exposed.

It is not a direct relative of poker, but faro was often just as popular, due to its fast action, easy-to-learn rules, and better odds than most games of chance. The game of faro is played with only one deck of cards and admits any number of players.

Well, my thoughts are that the recent maritime calamity, supposedly the worst in 60-70 years, had some of the hallmarks of fishiness, no Dagon pun intended, to begin with.

So I eventually researched the name. I just think it's amusing in a macabre sort of way how many incidents have strange themes and physical, reported, agreed upon details, and then, ex-post-facto, other details emerge or are verifiable, which seem to confirm my more mystical, unreportable suspicions.

The two things I think are odd about the name "Faro" are its obvious connection to occult theocratic states, Pharaohnic systems that is...and the very fact of western card games being drawn into the twilight language mix of it all. Cards are quite the mystery in themselves, as I understand them, and have their known connections to Masonry and esoteric belief systems, Tarot, etc. The whole substance of the actual supposed loss of the cargo ship does indeed seem to be unlikely. But I proceed from the unpopular bedrock stance that we live in completely messed up times where there is more hidden than seen, and one of the fundamental notions of this view is that what passes for major news media events are in reality, religious rituals - occult religious rituals. This can be proven, and it has been amply enough if one knows how to analyze and where to look for objective info.

Two critical aspects of such rituals are human sacrifice, needless to say, and numerology. Oh, and I had put off looking up the etymology of "Joaquin" until just now. You may suspect I find it creepy but totally unsurprising that the name is from "Joachim," which is one of the sacred twin pillars before the Temple Of Solomon, which is the central obsession and symbol of World Freemasonry, which is the entire obscured meaning of the events of Nein-11. Then there's the death toll number 33, always a fine indicator of foulness. Nothing to see here, move along.

The "Joachin" etymology point is solid enough for me, though the many different spellings imply some cloudiness of the kind typical for etymology. Both the (sacred by its precise definition) translation of the common male name, and the name of one of Solomon's pillars, are from Hebrew, which is the kabalistic point I'm half-heartedly making. These are kabalistic Hebrew expressions we seem to constantly be dealing with: ceremonial, topical, lexical magic workings that partake of gematria. One other detail I immediately sensed was pure theatrical, symbolic fishiness: The recovery of One, Solitary bit of refuse or debris from the ship's disappearance. It was a "life ring," and the reporting i read stated something about Two Letters only being visible on it, somehow. Don't recall what they were, and I don't really care. Im not interested in wallowing in black magic ceremonies, though it may seem otherwise to those that read this or know me. What i would suggest is that, as the pillar of Jachim is associated with, among many other concepts, the masculine force, possibly this (Saturnian) "life ring" is just a ham-fisted icon intended to imply The Feminine, and as such, we find represented here some sort of alchemical sex-majik ritual at Sea, the alleged matrix of all Life. It's frankly quite silly that the ring was made a big deal of, as bodies in emergency suits were also found, but apparently not yet recovered. And there are some connections between these sacred pillars and the planetary body Saturn, indicated by the images of ubiquitous Masonic tracing boards, and by general cosmology that anybody can read up on. "Saturn as relates to the pillars" is a subject i'm not very familiar with, at all, but possibly this strangely important life preserver/"ring" is a cognate of saturnian rings. Anyway, just another tragedy in deeply tragic times.

It was a tragedy that became comedic to some. 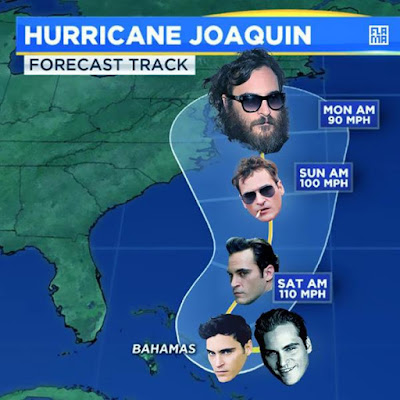 One of the most discussed presidential candidates is Donald Trump. "Trump," of course, is a term from card games.

The Bell Curve takes on the Sanders and Trump name game (here). 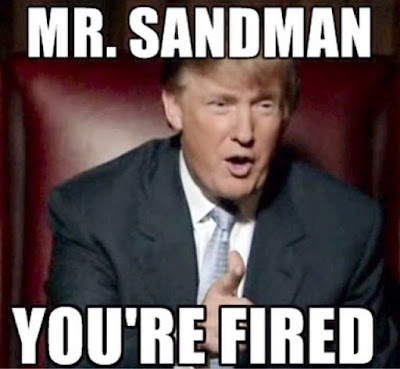 The Tarot card became significant in the Beltway Snipers. And there have been others. (See here.)

How about the frequent use of "Bridge" too? (See here.)
Posted by Loren Coleman at 7:23 PM

American Pharaoh won the breeder's Cup at the weekend.

Faro is said , acc. to one dictionary, to be a name for the King of Hearts

Hi, i'm a portuguese reader of your blog.
Nice stuff that you find that give us thinking...

I'm write to you about the word "faro"
Faro in portuguese means smell, the information that is catch by our nose.
"Os cães têm um bom faro"
"The dogs have a great sense of smelling"

In figurative way it mean intuition, insight
"Ele tem um bom faro para estas coisas"
"He have a good intuition about this things"

SS Faro = iSiS and Pharaoh. As you said, this was a possible sex magic ritual at sea. It is indicative of the Egyptian myth of Isis performing a sex magic ritual on a her dead husband, the pharaoh-god Osiris, to impregnate herself after recovering his body parts from the sea.

One Ring to rule them all.