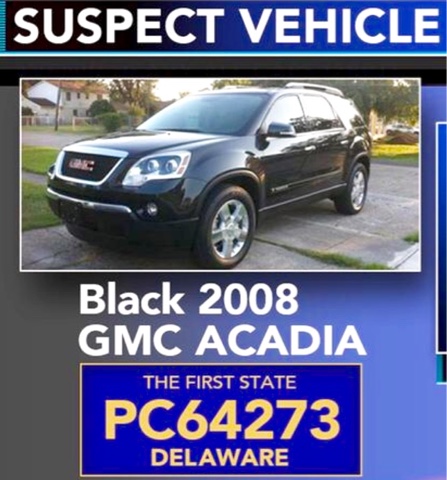 The origin of the designation Acadia is credited to the explorer Giovanni da Verrazzano, who on his 16th century map applied the ancient Greek name "Arcadia" to the entire Atlantic coast north of Virginia (note the inclusion of the 'r' of the original Greek name). "Arcadia" derives from the Arcadia district in Greece, which since Classical antiquity had the extended meanings of "refuge" or "idyllic place". The Dictionary of Canadian Biography says: "Arcadia, the name Verrazzano gave to Maryland or Virginia 'on account of the beauty of the trees,' made its first cartographical appearance in the 1548 Gastaldo map and is the only name on that map to survive in Canadian usage." In 1603 a colony south of the St. Lawrence between the 40th and 46th parallels was agreed by Henry IV, who recognised the territory as "La Cadie". Also in the 17th century Champlain fixed its present orthography with the 'r' omitted. William Francis Ganong, a cartographer, has shown its gradual progress northeastwards, in a succession of maps, to its resting place in the Atlantic Provinces of Canada.
Most people frequently associate the name Acadia today with the national park of that name in Maine. 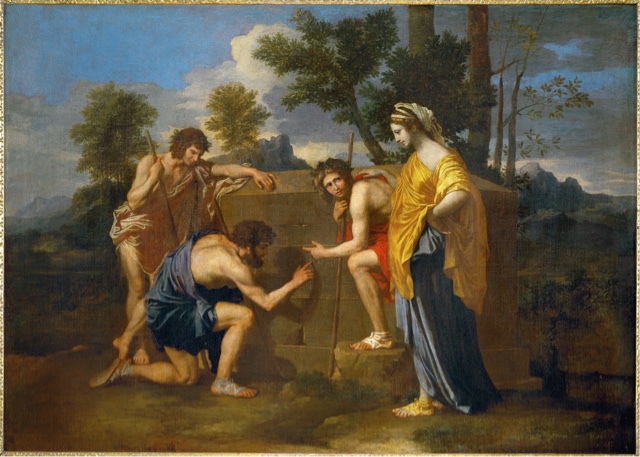 Les Bergers d’Arcadie by Nicolas Poussin
The Latin phrase Et in Arcadia ego, which is usually interpreted to mean "Even in Arcadia there am I", is an example of memento mori, a cautionary reminder of the transitory nature of life and the inevitability of death. The phrase is most often associated with a 1647 painting by Nicolas Poussin, also known as The Arcadian Shepherds. In the painting the phrase appears as an inscription on a tomb discovered by youthful figures in classical garb.
****

The gunman suspected of killing three co-workers and critically wounding three other people in a two-state shooting spree was captured Wednesday, October 18, 2017, in Delaware.

Police said Radee Labee Prince, 37, was arrested after a foot chase in Newark, Delaware, by agents with the federal Bureau of Alcohol, Tobacco, Firearms and Explosives at around 7:05 p.m., hours after the first shooting in Maryland.

The deadly rampage began, police said, when Prince killed three co-workers and critically wounded two others at the Maryland kitchen countertop business where he worked.

He then drove to a used car dealership in Wilmington, Delaware, where he shot and critically wounded another man "with whom he's had some past history," the city's police chief, Bob Tracy, said.

A manhunt was launched that involved local and federal law enforcement agencies. A tip at around 5:35 p.m. led police to Prince’s empty car in Newark. Authorities set up a perimeter, and at around 6:46 p.m. police received information that Prince was near a shopping center. He was arrested just after 7 p.m. following a brief foot chase, Tracy said.

During the foot chase Prince allegedly threw away a .380-caliber handgun, which was recovered, Tracy said. He was arrested without incident, Tracy said.

"A coordinated effort brought this to a successful conclusion on a very, very bad day," Tracy said at a Wednesday evening press conference. Tracy earlier called Prince "a person with no conscience," and Harford County Sheriff Jeffrey R. Gahler called the fatal shooting in Maryland "one of the most heinous acts in our county."

Armed with a handgun, Prince arrived at Advanced Granite Solutions, a kitchen countertop company in the town of Edgewood, around 8:30 a.m. to start his shift, Gahler said. Instead, he started shooting.

"It does appear to be a targeted attack," the sheriff said.

Prince had worked as a machine operator for the company for four months, Gahler said. But police did not know of a motive.

Please note, in press accounts, the name of the car was incorrectly spelled as Arcadia, instead of Acadia, as in this from NBC:

"Afterward, the gunman fled in a black GMC Arcadia to Prince's home state, Delaware, where he allegedly shot another man around 10:45 a.m."

"He's got 42 arrests in Delaware," mostly for parole violations, Tracy said. He also has 15 felony convictions on his rap sheet, according to Tracy.

Posted by Loren Coleman at 9:37 PM

Email ThisBlogThis!Share to TwitterShare to FacebookShare to Pinterest
Labels: Arcadia

"Et in Arcadia ego" is the anagram of "i, tego arcana dei", mister Poussin's motto, meaning "go, I keep the secret of God"

The suspect's last name, of course, brings to mind the late singer-songwriter. But it is interesting to see both his first and middle names having double letter e; it comes not long after the Las Vegas shooter's massacre, and he had the double letter d in his name.

Apparently he once was charged with receiving a stolen Honda Accord --- Accord, Acadia, both six letters long and starting with AC---back in 2002.

The one shooting took place in Emmorton Business Park (double m) and he once was a sheet metal worker in Everett, Washington (near Seattle). (double t)

Another look at your posting shows me a couple of things related to the car license plate number.

The license numbers start off with 64--- and that's backwards to be 46, the upper limit of latitude of Arcadia/Acadia.

The 42 is reflected by his number of arrests in Delaware.

The last number is 3, and in 1603, Henry IV granted the colony of Arcadia/Acadia.

Finally, 27 is also the age of the alleged knife attacker at the Polish shopping mall Vivo in Stalowa Wola. That mall has an H&M store and a Subway, which some of the malls we talked about previously in the blog had. (Clackamas Oregon, Minnesota)