Suicide On A Bridge In Wake of Sexual Molestation Accusation 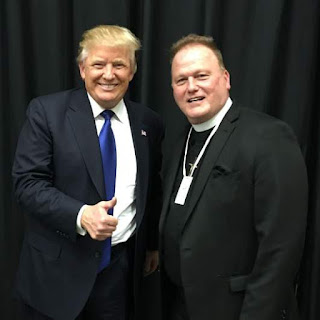 It was a quiet enough bit of news. But is it an old reaction added to the new stories? Will copycats follow?

In the wake of the tsunami of sexual assault allegations and sexual misconduct revelations, a sea change in our culture is occurring in late 2017.

On December 13, 2017, a suicide has been added to the storm. Suicidologists may be a little surprised it took two months for this behavior to surface.

The victims of the alleged sexual abuse incidents should rightfully be listened to, although the focus of the media treatments have often been the alleged predators. 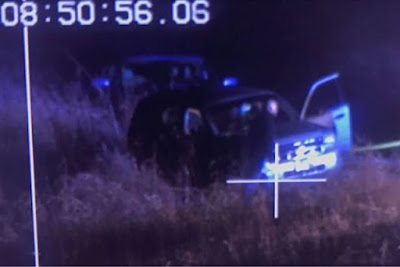 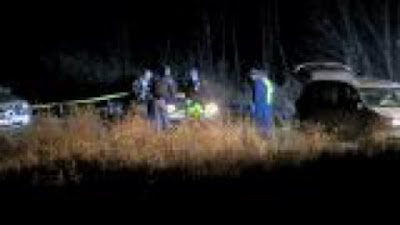 One such individual, Kentucky state legislator Dan Johnson, appears to be the first publicly discussed suicide. He shot himself on a bridge in Mount Washington, southeast of Louisville, Bullitt County Sheriff Donnie Tinnell told WDRB. His body turned up on a riverbank near the bridge and the weapon reportedly was found at the scene.

Bullitt County Coroner Dave Billings said Johnson died of a single gunshot wound December 13, 2017, Wednesday night on Greenwell Ford Road in Mount Washington, Kentucky. Billings said Johnson stopped his car at the end of a bridge over the Salt River in a secluded area, then got out, walked to the front of his SUV and shot himself in the chin. An autopsy is scheduled for Thursday morning. Johnson was 57. 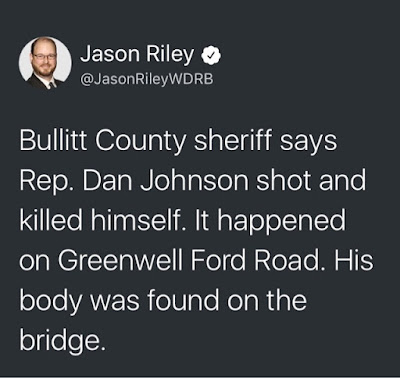 Johnson (October 18, 1960 – December 13, 2017) was an American evangelical pastor and Republican member of the Kentucky House of Representatives, representing the 49th District in 2017. In December 2017, Johnson was accused of having molested a member of his church in 2012, when she was 17 years old. Johnson refused to resign, claiming the allegations were untrue, and died by suicide two days later.

A KyCIR investigation published Monday (December 11, 2017) outlined Johnson’s history of alleged crimes, lies and deceit and included the woman’s account of the alleged molestation. The account, based on police files and interviews with Maranda Richmond and her family, detailed how detectives closed the sexual assault case, citing Richmond’s lack of cooperation.

But Richmond denied that assertion. She said she had always pushed for Johnson’s prosecution. Experts who reviewed the case file at the request of KyCIR said police botched the investigation from the beginning, misclassifying the charge and more.

Richmond alleged Johnson molested her in the church’s basement following a New Year’s party. She said Johnson shoved his tongue into her mouth, groped her breasts under her shirt, pushed his hands down her pants and penetrated her with his finger.

Richmond spoke at length about the encounter and the impact it had on her life. She shared notes from her therapists and police files, including a scratchy recording in which her father, at the LMPD’s behest, called Johnson on a recorded line and sought his confession. She also shared a Facebook message from Johnson in which he claimed he was drugged that night and apologized for being “mean” to her.

Johnson was a bishop at the Heart of Fire Church in Louisville, Kentucky. The church is nondenominational and evangelical. Johnson referred to himself as the "pope" of the church, and was once photographed with Donald Trump.

Johnson was elected to the state House in 2016, defeating Democratic incumbent Linda Belcher by a narrow margin. He was elected from the 49th House district, covering Bullitt County. Johnson was known for his inflammatory comments on Facebook, including posts depicting Barack and Michelle Obama as apes and anti-Muslim comments, and the use of Confederate flags and noting his love of "white people." These activities prompted Republican leaders to call on him to drop out of the state House race. He didn't. 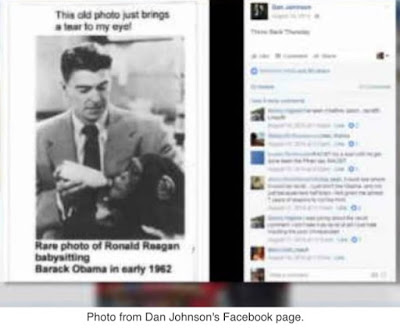 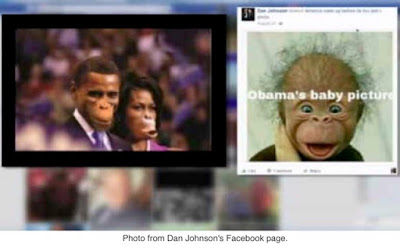 On December 11, 2017, Johnson was accused of having molested a member of his church on New Year's Eve of 2012, when she was 17 years old. Although the Republican Party of Kentucky requested his resignation, Johnson refused to resign, claiming the allegations were untrue and were politically motivated.

A rambling pre-suicide posting of Johnson's was found on his Facebook page. 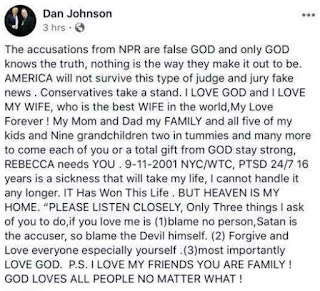 Johnson died by suicide on December 13, 2017, almost immediately after the accusation
against him was made public. In a message posted to Facebook (above) shortly
before his suicide, Johnson reiterated his claim that allegations that he had
sexually molested a minor were false, and he stated that he was no longer
able to cope with post-traumatic stress disorder he alluded to having
developed after the 9/11 attacks on the World Trade Center.

"... right past the bridge on greenwell ford river bottoms rd when its raining. I've saw ghost at both places, twice at the bottoms, both times in the rain, it was man in a green army jacket"

A WashPo article about the suicide

A lawmaker accused of molesting a teen killed himself. His widow calls it a ‘high-tech lynching.’

Your use of the word “tsunami” has been bothering me because it’s not yet happening and even though we might be in a “twilight time zone” period —— after the underwater earthquake has struck and the tsunami hitting shore —- there are still no “tsunami suicide warnings.”

So I have been searching for a better word and sure enough, it popped out in classic Twilight Language fashion.

And it even involves a bridge and sudden deaths. I refer to the recent train derailment in Washington state where the cars flew off the tracks and down the embankment of the freeway overpass (still a bridge!). On the train car lying diagonally across the freeway underpass, we read the word CASCADES.

And now comes this story today of a suicide in San Francisco that is quite similar to the suicide in Kentucky in that both involve accusations of sex with an underage teenage girl that occurred 3 to 5 years ago.

You still may be right about tsunami, Loren, but right now it seems like these geographically isolated suicide events are beginning to form a cascade which may soon accelerate into a rushing wall of water.