Art Bell Makes His Final Exit On Friday the 13th 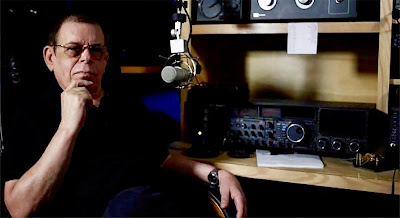 Art Bell (Arthur William Bell III) was born June 17, 1945, in Camp Lejeune, Jacksonville, North Carolina, and died (cause unknown) on Friday, April 13, 2018. An autopsy will be performed next week, but the mere flashing of the announcement of a "mysterious death of the famed conspiracy radio show host" on such a significant date has social media a'buzzin'. 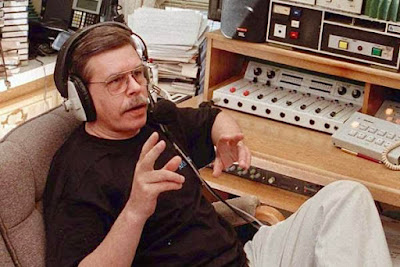 Art Bell was the creator in 1984 and former host of Coast to Coast AM, and the creator of Dreamland, Midnight in the Desert, Art Bell's Dark Matter, and other shows. Coast to Coast AM, at the high point of Art's involvement, before he semi-retired in 2003, and more permanently did so in 2007, was syndicated on over 500 radio stations in North America. His listenership reached from 10-15 million people per week, according to TIME, and was ranked the number one overnight radio show in America during Art's heyday.

I've known Art for decades, being a regular guest on Coast to Coast AM over 40 times, including many shows hosted by Art, before George Noory replaced the retiring Art. Art Bell and I "live on" during his classic hosted episodes repeated on Saturday nights, under the name Somewhere in Time.

Bell served as a forum for many Fortean and cryptozoological topics that will not be mentioned in the obituaries you read in the mainstream media. We discussed Bigfoot, Yetis, Chupacabras, Mothman, Thunderbirds, other cryptids, and the twilight language often. I jokingly would have to steer him away from his humorous questions about Sasquatch and whether they were being dropped by "flying saucers."

Bell had suffered from health problems in the previous years. He posted on his website in July 2016 that he was hospitalized for pneumonia and revealed at the time that he suffered from chronic obstructive pulmonary disease.

Coast to Coast AM, UFOs, and Politics

Bell’s paranormal-themed show, Coast to Coast AM, was on North American stations in the 1990s before he left the nightly show in 2002. He broadcast the show from Pahrump’s KNYE 95.1 FM, a station he founded and owned. According to the Coast to Coast AM website, Bell was an FCC licensed radio technician at age 13. He also set a Guinness World Record for a solo broadcast marathon, at more than 116 hours, while working as a DJ in Okinawa, Japan.

Art Bell served in the the U.S. Air Force as a medic during the Vietnam War and in his free time operated a pirate radio station at Amarillo Air Force Base. He would make a point of playing anti-war music (like Eve of Destruction and Fortunate Son) that was not aired on the American Forces Network. In his broadcast years, his conspiracy world view included shows on Area 51, UFOs, aliens, intruders shooting guns on his property, his pro-Obama stance, and his pro-Trump conversations.

Knowing Bell personally, I never faulted him for his missteps regarding Heaven's Gate, as he was attempting to document a story, as others had pursued it.

Bell's reputation issued from his wide range of guests from the world of the unexplained to the realm of Hollywood and Las Vegas. His list of interviewees was vast. 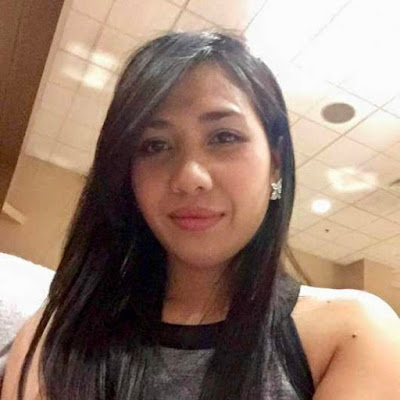 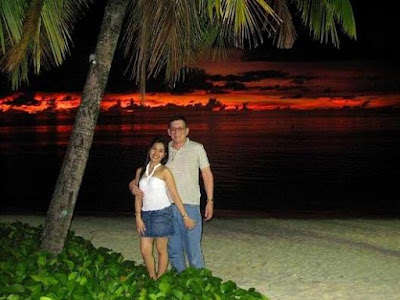 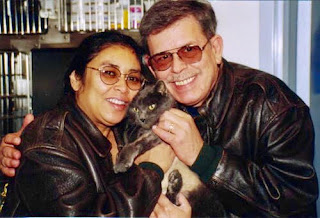 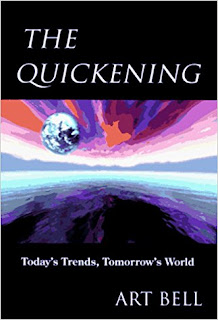 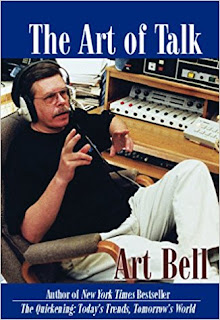 The Art of Talk (an autobiography) 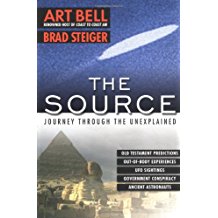 The Source: Journey Through the Unexplained (with Brad Steiger) 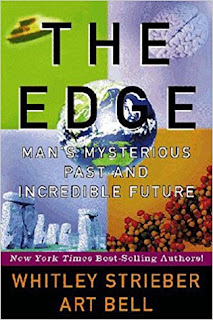 The Edge: Man's Mysterious Past & Incredible Future (with Whitley Streiber) 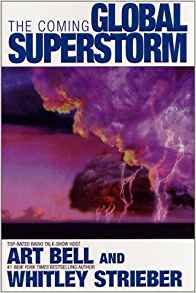 The Coming Global Superstorm (with Whitley Streiber), which became the basis for the popular movie, The Day After Tomorrow. 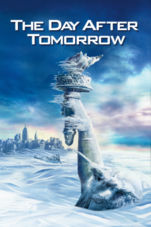 Sadly, the voice of Art Bell has been silenced, for he has taken his final retirement. But the memories of the respectful and intelligent interviewer lives on, as well as the recordings of so many programs he shared. The one thing you knew about Art, if he asked you a question about your book, he had read it. That thought about the guy was enduring, and so I could always listen to interviews he had with others knowing that too.

Goodbye, Art.
Posted by Loren Coleman at 6:57 AM

Truly an American Icon. A question I have is that the article says he chose Friday 13th? So did he die of natural causes or at his own hand?

I lost many a night's sleep back in the 1990s listening to Art and his many guests. Art would admit he didn't know about a certain subject or author but would always treat both with a respect and attitude I admired. He had a dry and dark sense of humor and he was perfect as an overnight host. When he left Coast to Coast it continued on for several years in the same manor but now I only seem to listen occasionally on weekends. It was great to hear Art when he returned to the airwaves a few years ago with Midnight in the Desert but all to quickly he left again. Thankfully we can still listen to him on You Tube and other places with archived episodes. Thanks Art for your years of dedication to a job you loved and opening our minds to knew subjects and diving into past subjects with new ideas and theories. You will be forever missed.