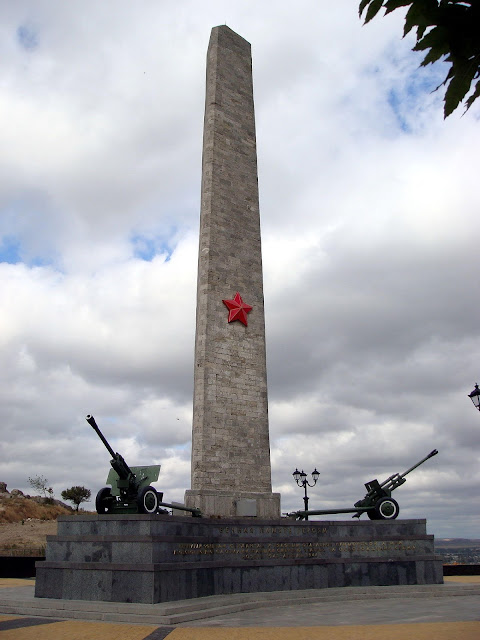 
On October 17, 2018, a bomb attack and school shooting occurred in the dining room of Kerch Polytechnic College in Kerch, Crimea, occupied by Russia. The school is attended by students aged 15 to mid-20s. Nineteen people died and 53 were injured, 12 of them critically. 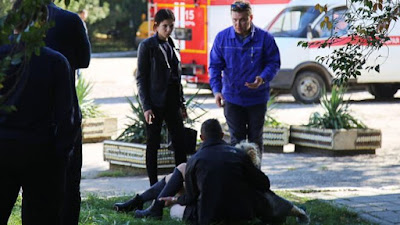 Russia seized Crimea from Ukraine in 2014.

An 18-year-old student ran through the technical college in Kerch firing at fellow pupils before killing himself, Russian investigators say.

The alleged perpetrator, named Vladislav Roslyakov, is reported to have run from room to room as he fired, starting in the canteen. He then shot himself dead, Russia's investigative committee said.

Officials said initial examinations suggested all the victims died of gunshot wounds, but some reports speak of shrapnel injuries.

Soon after reports of a blast, investigators released a statement saying an explosive device filled with "metal objects" had detonated in the dining area.

Several witnesses maintain they heard one or more explosions.

Investigators later said they found a second device among the personal possessions of the gunman and that it had been disarmed.

Photo caption: "Russia has said the attack was an act of 'mass murder.'" 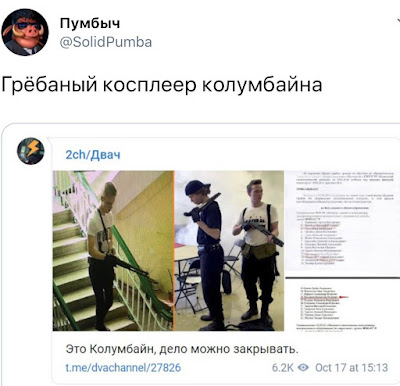 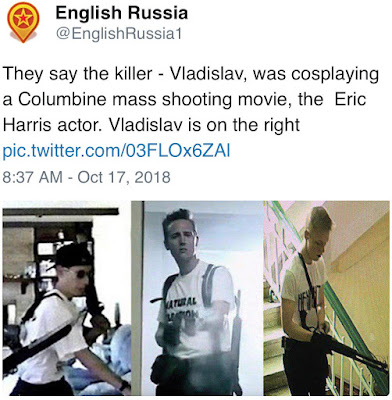 Early reports said the attack was perpetrated by a fourth-year student of the college, who later killed himself on the second floor of the building. The reports were soon confirmed by the NAK, that stated that the student in question was 18-year-old Vladislav Roslyakov (Russian: Владислав Росляков). The NAK initially called it an act of terror, but later reclassified the crime as mass murder.
There are suggestions the fourth-year student had developed a hostile attitude to the college. Russia's RBC TV interviewed a friend who said Roslyakov "hated the technical school very much" and had vowed "revenge" on his teachers. Surveillance footage of the incident captured Roslyakov, carrying a shotgun and wearing black pants and a white tee-shirt. Source. 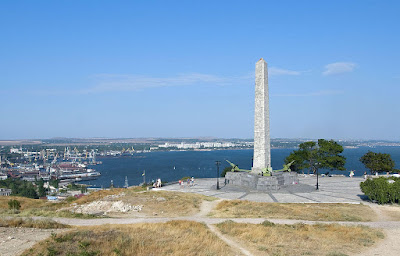 Mount Mithridat is a large hill located in the center of Kerch, a city on the eastern Kerch Peninsula of Crimea, Ukraine. It is 300 ft in elevation.
From the top of Mount Mithridat a scenic view spreads across the Strait of Kerch and the city of Kerch. Sometimes it is possible to see the Caucasus shore.
Mount Mithridat was named after Mithridates VI of Pontus. He was ruler of the Kingdom of Pontus, and a long-time antagonist of the Roman Republic via the Mithridatic Wars, until he was deceived by his son. After a long siege of Panticapaeum he tried to kill himself several times, until finally was killed by the leader of his own guardsmen. 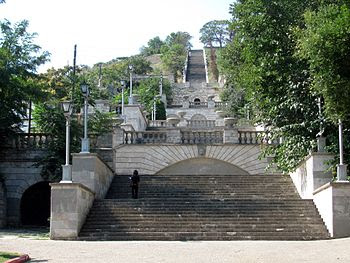 The Great Mithridates Staircase leads to the top of Mount Mithridat, in a series of flights and balustraded terraces. It was built in 1833-40 by the Italian architect Alexander Digbi. In the present day, a road also goes to the top of the mountain.
In the 19th century a museum was erected on the top of the mountain in the form of a Greek temple, but it was destroyed during the Crimean War.
In 1944 a memorial obelisk was built at the summit to commemorate the soldiers that defended Kerch in World War II. Source.


The landmark mountain was one of the nominees for the Seven Wonders of Ukraine.
Posted by Loren Coleman at 12:23 PM