There has been a multiple shooting incident in North Carolina.

An as-yet-unidentified gunman has wounded 4 people in a shooting at the Kellum Law Firm and the Wal-Mart near Greenville Blvd, in Greenville, on Summer Solstice, June 21, 2013, Friday afternoon.

The shooter armed with a shotgun wounded one person at the law firm before crossing Greenville Blvd. and shot three more people in the Wal-Mart parking lot. 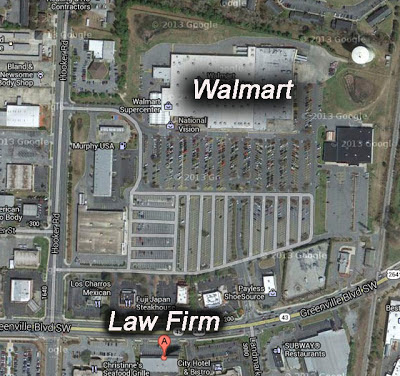 Police reportedly fired on the shooter, near Hooker Road, after he turned the weapon on authorities. Greenville Police Chief Hassan Aden confirmed a suspect was in custody at about 1:15 p.m. Aden said the shooter's condition is unknown. 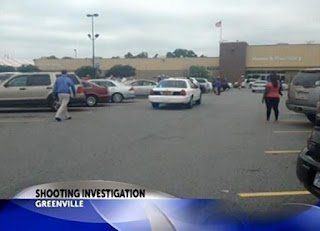 Aden said that the victims were shot in both locations. Another was reportedly shot outside the retail store. 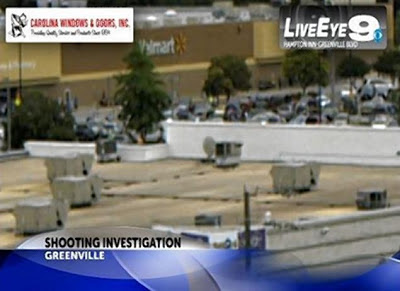 Eyewitnesses said that a man with a rifle and a bullet-proof vest walked up and shot an insurance adjustor who was hiding behind a car.

Meanwhile, another story of violence is the one that is getting more media play: "Aaron Hernandez, Tangled in Murder Probe, Also Sued for Allegedly Shooting Friend"

Lakim Anthony Faust, 23, was arrested and charged with 4 counts of attempted murder in relation to the Greenville, NC shooting. Reports show he was armed with a shotgun and may have had 100 rounds of ammo. Supposedly he was targeting innocents, and was ready to inflice mass casualties. Authorities also investigated his home at 217 Hartford St for evidence.