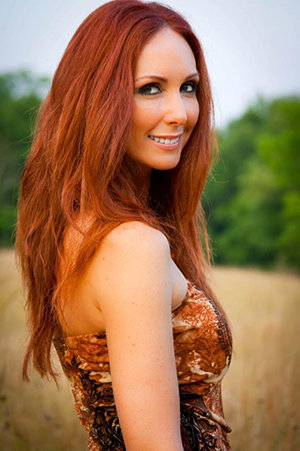 Ever notice how some days cluster the weirdness?

She made an initial appearance Friday afternoon before U.S. Magistrate Judge Caroline Craven in Texarkana, Texas, the prosecutor said. She was arrested in Mount Pleasant, Texas.

Richardson is an actress also known as Shannon Rogers Guess, Shannon Rogers, or Shannon Guess. She has had minor roles in Nefertari and House from Hell, and in the television series The Walking Dead and The Vampire Diaries. 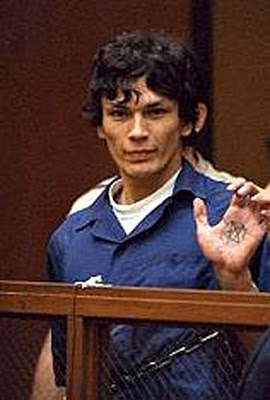 Meanwhile, also on Friday, Richard Ramirez, 53, known as the "Night Stalker," during his 1984-1985 reign of terror in California, died. The mass murderer and serial rapist was reported deceased natural causes by the California Department of Corrections and Rehabilitation.The death row inmate died at Marin General Hospital north of San Francisco, in Greenbrae, California.

Ramirez was convicted in 1985 of 13 murders -- 11 in Southern California and two others in the San Francisco area -- along with five attempted murders, 11 sexual assaults and 14 burglaries.

Ramirez, a professed "satanist," was dubbed the "Night Stalker" for his preference of breaking into houses in the wee hours of the morning.

As a child, Ramirez was influenced by his cousin, Mike, a Special Forces veteran who boasted of his gruesome exploits during the Vietnam War and showed him Polaroid pictures of his victims. These included pictures of Mike raping a Vietnamese woman. The last picture of that series showed Mike posing with the woman's severed head. Ramirez was present the night Mike shot and killed his wife, and her blood spattered on Ramirez's face. Ramirez was 13 years old at the time. After the murder, his behavior changed dramatically; he dropped out of school, began using drugs, and adopted odd sleeping habits. Source.

Meanwhile, there's been a school shooting incident in Santa Monica. More on that in a moment here at Twilight Language.
Posted by Loren Coleman at 5:50 PM

Meanwhile, the "stalker" metaphor is showing up in reference to the NSA surveillance program. A Gizmodo article begins: "In the wake of last night’s revelation that everyone in the world has a creepy NSA-shaped stalker, defenders of online liberty and generally angry internet people Anonymous have gathered together a collection of NSA documents, including seemingly important stuff like the US Department of Defense’s ‘Strategic Vision’ for controlling the internet."