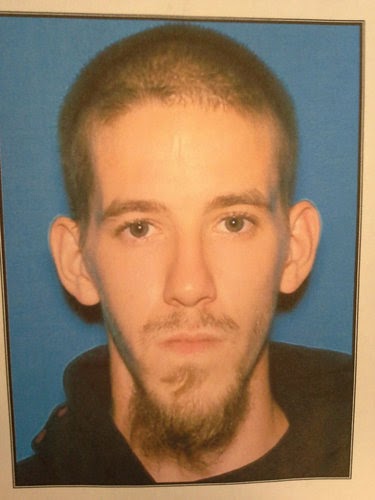 Authorities in Elkhart, Indiana say Shawn Walter Bair, 22, killed an employee and a shopper in a supermarket on January 15th, Wednesday night. 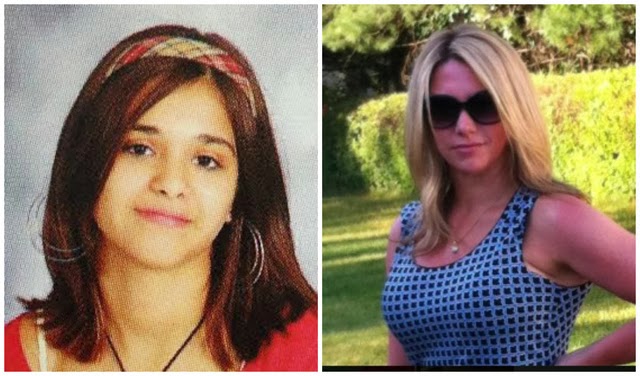 Krystle Dikes [left] had just started working as a stocker at Martin's Super Market [3900 E Bristol St] in Elkhart, Ind., though her real passion was caring for children and the 20-year-old continued to take babysitting jobs.
Rachelle Godfread, 44, had recently moved from southern Indiana to Elkhart, where she was closer to her son who played basketball at the South Bend campus of Indiana University.
On Wednesday night, the two were about 12 aisles apart in the supermarket when Shawn Walter Bair, 22, walked in and began firing. Both died before police shot Bair dead, not far from Godfread's body, according to Indiana State Police.
Bair also fired at another store worker but missed, and briefly took the store manager hostage before police confronted him. Chicago Tribune. 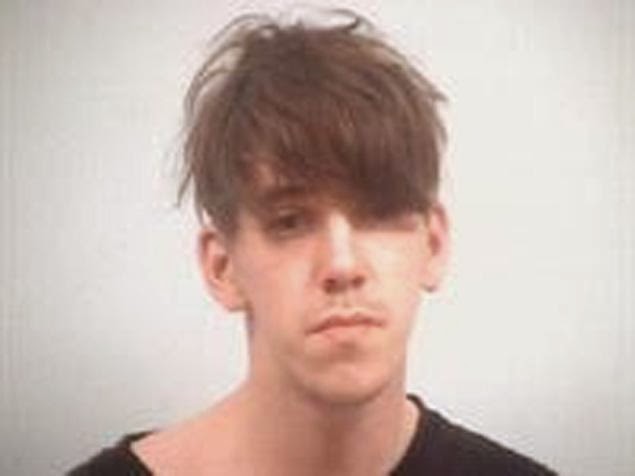 Above is a previous photo of Bair after he was arrested by Elkhart County Sheriff's Department in 2010.

Bair had a history of legal troubles that included a felony theft conviction from Martin's Super Market. He also had a history of drug problems. Three years ago, he was convicted for felony drug possession and sentenced to prison. He was reportedly able to avoid that sentence by going for treatment at the Oak Lawn Psychiatric Hospital.
Police also said his Faceboook page had pictures and references to serial killers. ABC News

"Elk" is a name we have met before, in the realm of mass shooters (e.g. Elk Grove, Illinois), just as we sometimes encounter "Oak" (e.g. Oak Creek massacre).

Bair has its origins in the Germanic "Bär." The original spelling of the German name "Bär" (meaning a beast) is now standardized as "Baer" in Germany and Switzerland. The established Bär families had a coat of arms with a bear carrying three sheaves.

The most common American spelling was "Bear" before the War of 1812. From then until just following the Civil War, the name continued to be spelled "Bear." At that time, some of the families changed the spelling of their surname to "Bair." Source.

The Elkhart event was the third mass shooting in three straight days.

Shootings occurred when a Reeves killed a man in a movie theater and a boy shot up a Roswell school, before the Elkhart killings (see here and here.)
T. Peter Park sends in the note that Elkhart is the birthplace of Ambrose Bierce.
Posted by Loren Coleman at 11:21 AM

His Facebook page, before they took it down, had serial killers on it, death scene pictures, a picture of him with a bloody face, and numerous mentions of ICP (Insane Clown Possee).

And his online name/Facebook ID was SCARECROW1133 BTW.