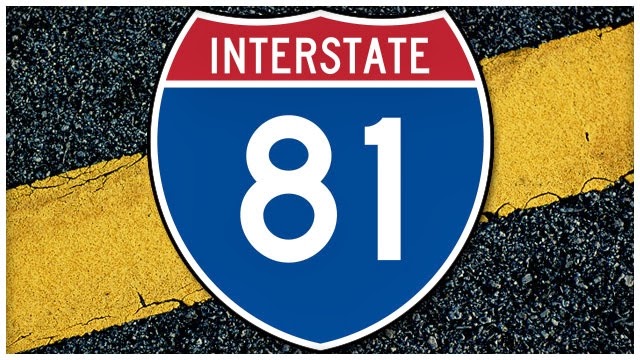 There is a new highway killer on the loose. 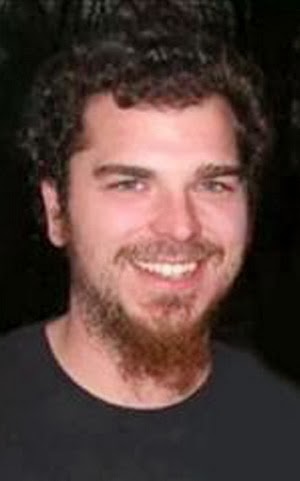 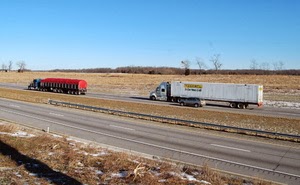 He was killed on this stretch of I-81 in Pennsylvania.

On Tuesday, January 7, 2014, northbound vehicles on Interstate 81 pass the site in the median where Timothy Davison of Poland, Maine, was shot to death in a random act of violence early on Saturday, January 4, in south-central Pennsylvania near the Maryland state line. Davison had called 911 in Maryland and again when he crossed into Pennsylvania to say that he was being pursued and shot at by someone in a small, dark-colored pickup truck. Davison was on his way home from visiting his sister in Orlando, Fla., when he was shot. (Photo: Jenn Fitch/The Herald-Mail) 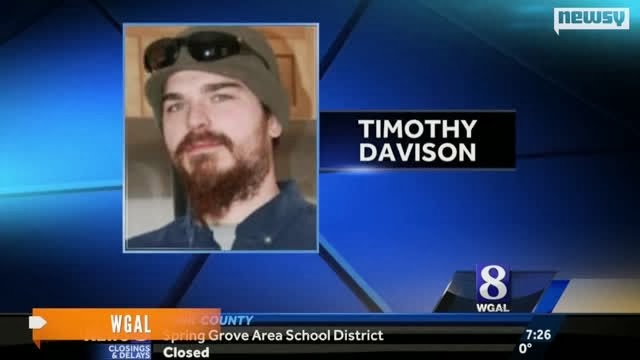 (Davison shared the same name as his father, so "Atsi" became his nickname from his middle name Austin.)

Timothy Davison, 28, was traveling north on Interstate 81 when he called 911 to report a small pickup truck was chasing and firing gunshots at him.

State police say he died from his wounds at York Hospital.

Police are hunting for a small-type pickup truck with side-panel damage, similar to a Ford Ranger.

The fact is the Davison shooting was not isolated.

In the statement, which Pennsylvania authorities distributed after canceling a planned press conference Tuesday morning, the task force said it is investigating a possible connection between Davison’s killing and a shooting eight hours earlier about 30 miles away in Monaghan Township, Pennsylvania.
The victim, who was not injured, told police that the driver of a black Nissan pickup truck fired at him.
“While there are many similarities between the two, conclusive evidence definitively connecting the two has yet to be established,” the statement said. “Both investigations will be treated as being related until conclusive evidence proves otherwise.”
The statement announced the formation of a task force to investigate the shootings, including Pennsylvania and Maryland state police, the Carroll Township Police Department and the FBI. Source.

The on-site investigation was visible via the traffic cam pointed at that section of I-81. Was any video available to authorities from 2 am the previous morning that was able to show any of the shooting incident in the dark? 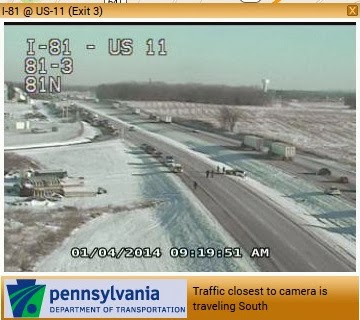 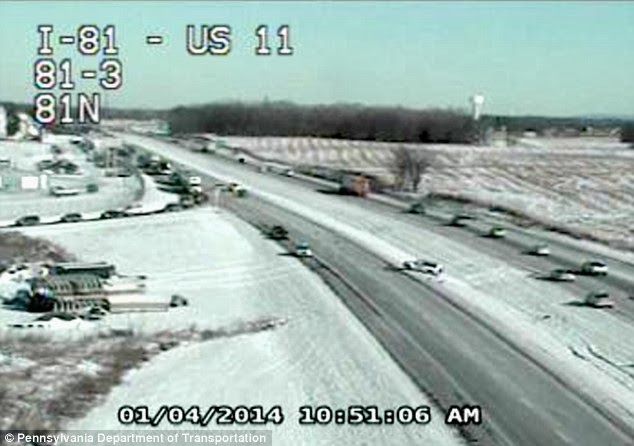 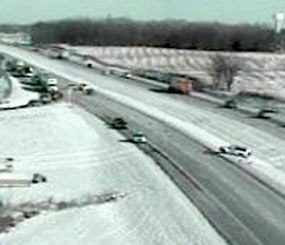 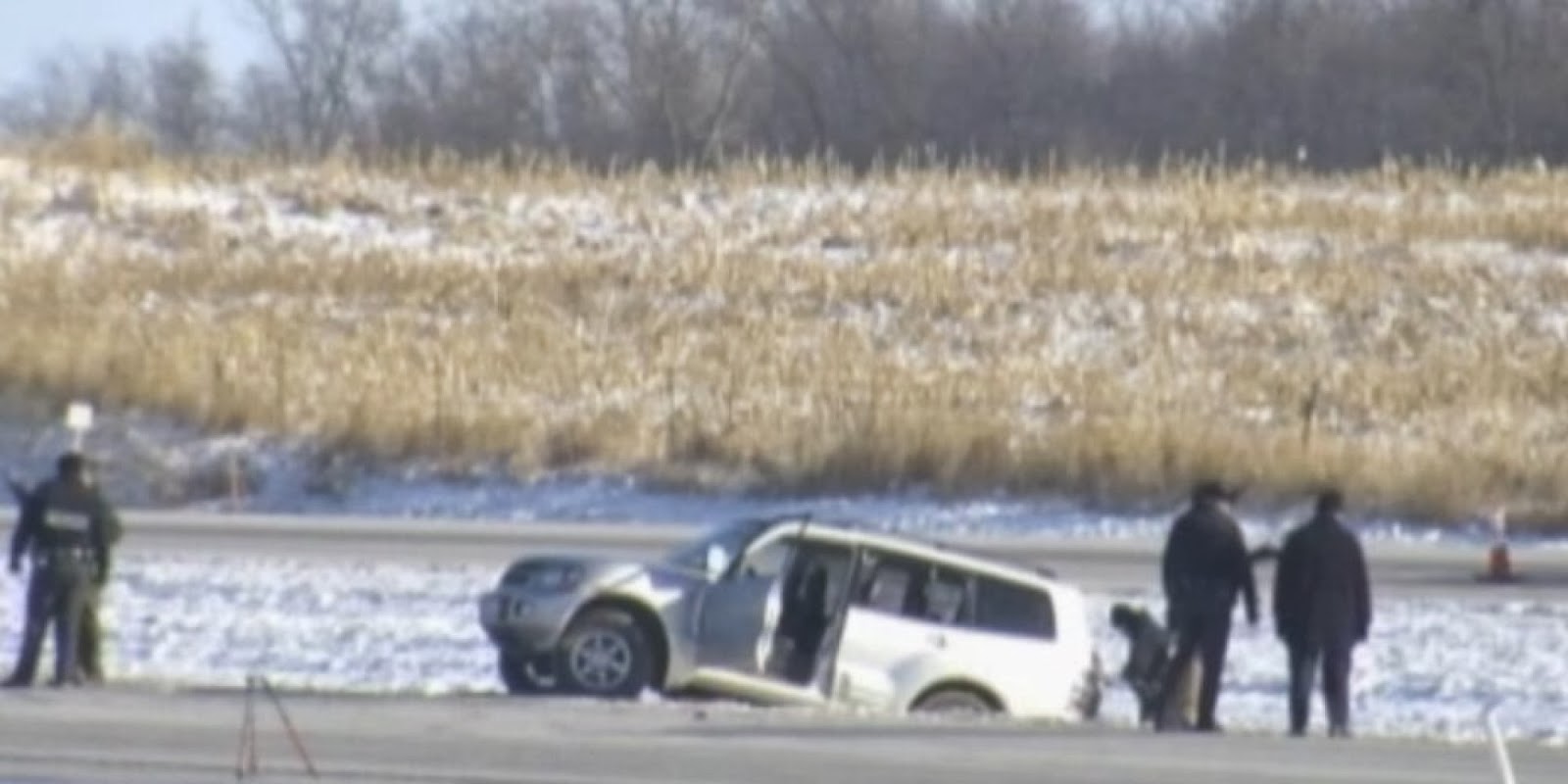 The incident occurred as Davison was on I-81, as he drove from near Hagerstown, Maryland, north into Pennsylvania, just north of I-70. The exact location was three miles over the Pennsylvania border in Antrim Township, Franklin County.

It is worthy of noting that Maryland's I-70 crosses South Mountain, which passes through Greenbrier State Park. At the top of the mountain, the Interstate passes under US 40 and the Appalachian Trail and enters Frederick County, Maryland (which is SE of Franklin County, Pennyslvania). I-70 has a pair of rest areas on the east side of the mountain, one per direction. The westbound rest area is where the Beltway snipers, John Allen Mohammed and Lee Boyd Malvo, were apprehended by police in October 2002. 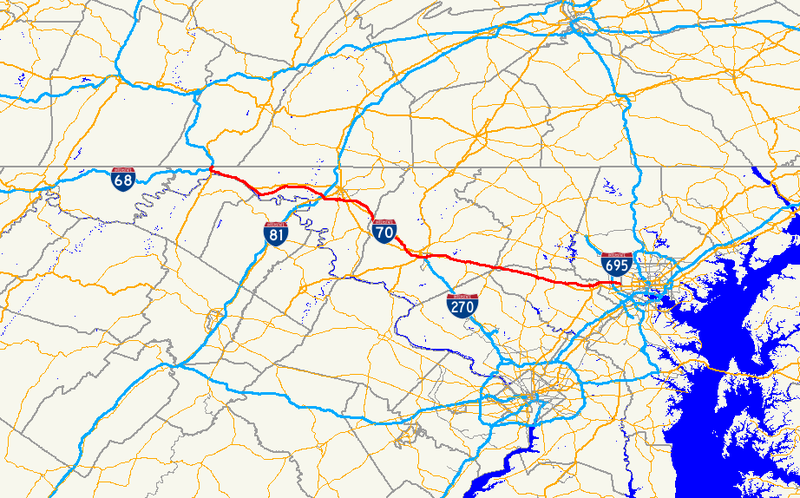 Interstate 81 largely traces the paths created down the length of the Appalachian Mountains by migrating animals, American Indians, and early settlers. It also follows a major corridor for troop movements during the Civil War. These trails and roadways gradually evolved into U.S. Route 11. Interstate 81 parallels much of the older Route 11.

Now I-81 has a killer associated with it.

The history of highway snipers goes way back. I reported (in Mysterious America) on the The Blue Phantom of Route 66, a person in a blue car who first appeared in May 1952, around Joliet, Illinois, shooting at other cars driving along Rt. 66. The shootings continued up and down Rt. 66 (with some on the nearby Rt. 54), throughout June, from East St. Louis to Decatur. No one was ever arrested.

On the Sunday morning of April 25, 1965, 16-year-old Michael Andrew Clark opened fire on cars traveling along Highway 101 just south of Orcutt, California, from a nearby hilltop. Three people were killed and ten were wounded before Clark took his own life by suicide, upon the arrival of the police.

Since 1999, at least 10 men have been convicted in seven separate highway sniper cases in which at least 15 people have been killed.

The Beltway sniper attacks in 2002 killed 10, injured three and paralyzed the Washington, DC area for weeks.

The 2003 West Virginia sniper attacks were a series of sniper-style shootings that took place over the course of several days in August 2003, leaving three people dead in West Virginia. In July 2012, Shawn Lester, who had been indicted for all three murders in 2011, pleaded guilty to the second degree murder of one of the victims.

In 2003, in Ohio, a gunman, Charles McCoy, Jr., shot 24 motorists along I-270, killing one (62-year-old Gail Knisley, killed on November 25, 2003) before he arrested in Las Vegas on March 17, 2004. He was diagnosed with paranoid schizophrenia and hoped the shootings would stop the coverage of Michael Jackson.

Is Interstate 81 to be added to this highway sniper history?


++++
According to WVEC, there has been another 2 am shooting on a Middle Atlantic interstate highway: 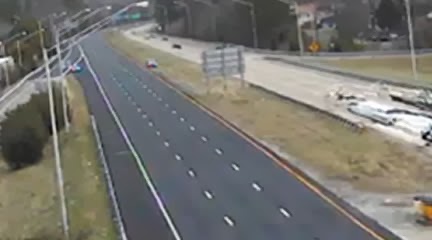 VIRGINIA BEACH-Va. State Police is investigating a reported shooting along I-264 West in Va. Beach.
Spokeswoman Sgt. Michelle Anaya says troopers were alerted to the situation at 2:33 a.m.
Posted on January 10, 2014 at 9:40 AM
Update 2:27 p.m.: Va. State Police told WVEC.com that a man driving a car was shot this morning.
Sgt. Anaya says he was taken to Sentara Va. Beach General for treatment of non-life threatening injures. She couldn't confirm his age, whether anyone was in the car with him or where along I-264 the shooting occurred.
I-264 West was closed between Parks Avenue and First Colonial Road in Virginia Beach for nearly an hour as State police searched for clues.
Sgt. Anaya did state that investigators have determined a car pulled over near Witchduck Road was not involved.

Posted by Loren Coleman at 3:41 PM

Daurade said...
This comment has been removed by the author.
10:19 AM

In light of all the stormy weather there recently, can't help but think of "Riders on the Storm": "There's a killer on the road...."