Update: March 23, 2014
The search for missing Flight 370 is now focused on the Vile Vortex Ivan Sanderson pinpointed in the southern Indian Ocean.

Did you know there is a southern form of the Bermuda Triangle?

One of the most popular posting I've written for this Twilight Language blog (with over 12,000 readers as of today) is "Terrorism, Aliens, Vile Vortices: The Mysteries of Missing Flight 370," published on March 9, 2014. Today, I want to explore more deeply aspects of that essay.

Why "No Little Green Men"?

Speaking about his thoughts on the vanished Malaysia Airlines Flight 370, John Goglia, independent air safety consultant and a former NTSB board member, spoke freely on CNN on March 13, 2014. He said, "The only thing we know for sure is that little green men didn't come down and take it."

So, I must ask, how does anyone know this? 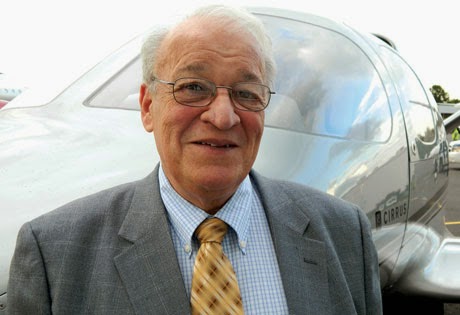 John Goglia (above) served as a member of the U.S. National Transportation Safety Board (NTSB). With more than 30 years experience in the aviation industry, he was the first NTSB Board Member to hold an FAA aircraft mechanic's certificate.

The mystery of Flight 370 continues to evolve. The strange Chinese satellite photo of three objects east of the location of where the transponder was turned off is now said to have been a "mistake." New information from the USA government, has led now to the possibility of opening a new search area in the Indian Ocean for the missing Malaysia Airlines plane, White House spokesman Jay Carney said on March 13th. Many countries are partnering in the search and "following leads where we find them," he said. 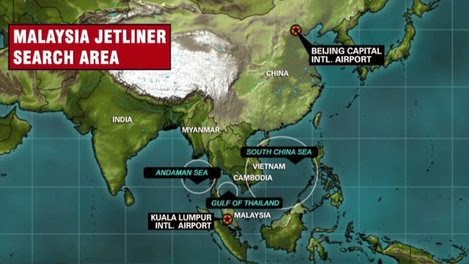 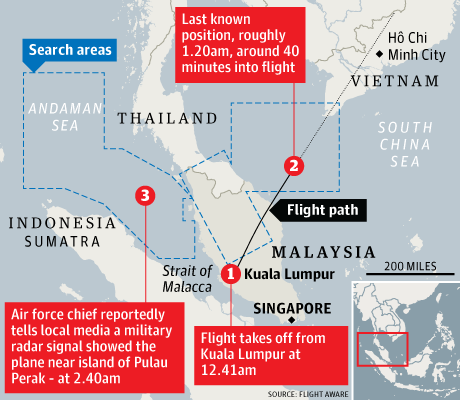 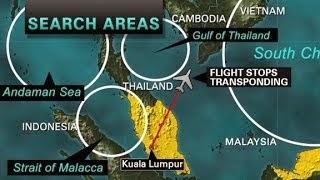 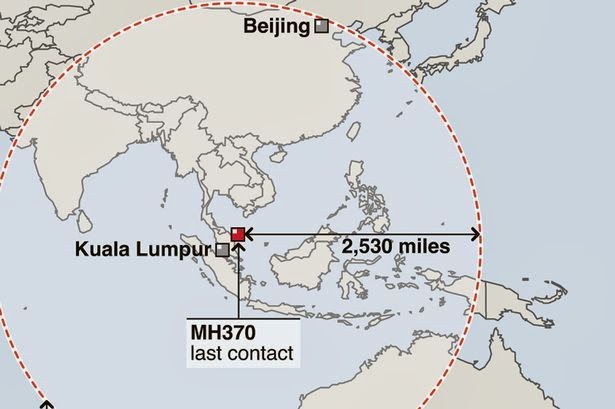 The area has continued to expand to now include the Indian Ocean. 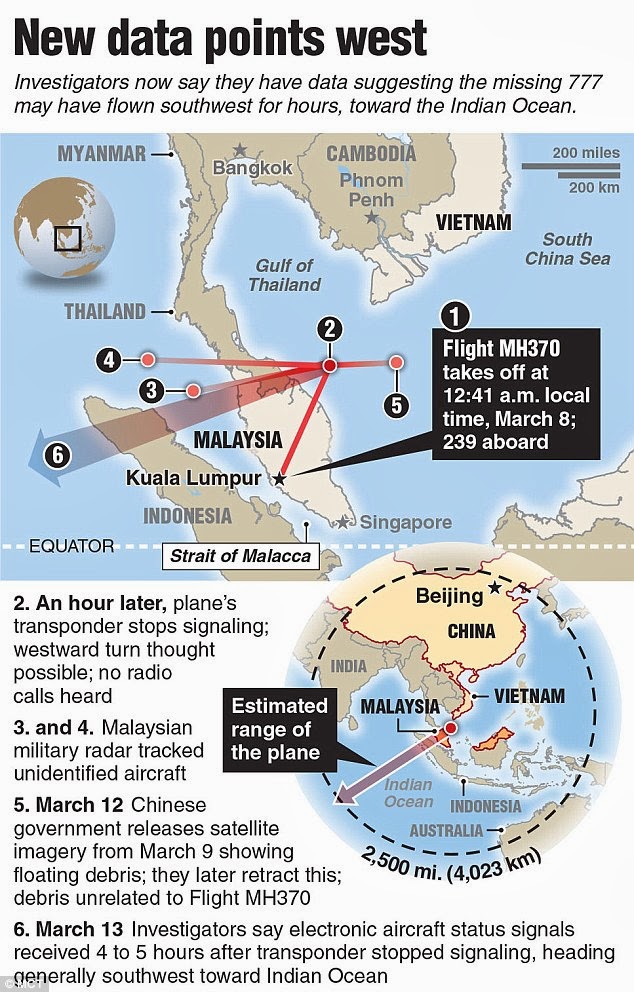 Certainly, the cause of this disappeared flight is probably due to terrorism, bad weather, catastrophic structural failure, pilot suicide, engine failures, being shoot down, an internal bomb, a hijacking gone wrong, or something else rather terribly mundane in our modern era. Little green men, ufos, and vile vortices? How silly, right?

However, logic dictates that there is no reason to take anything off the table, from twilight dimensions to an area of known missing ships and planes. Lists of aerial disappearances are being scanned and stories like the 1937 Amelia Earhart disappearance are being dusted off, by television news programmers, to decide what ones should be highlighted. For example, on March 13, CNN News will be broadcasting a special on the History of Missing Planes at 10 PM Eastern. Clearly, this mystery has captured the public's interest, and historically fits into a well-studied Fortean field. 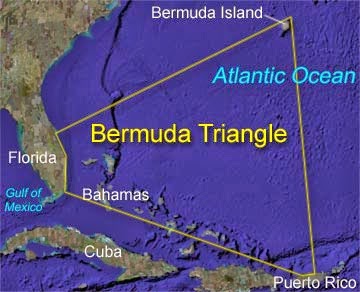 The entire popularization of "triangles of vanishings," is to be credited to Fortean writer Vincent Gaddis, who put the Bermuda triangle "on the map" in a February 1964 Argosy feature, which he said extended Florida to Bermuda, southwest to Puerto Rico and back to Florida through the Bahamas. In 1965, Gaddis' book, Invisible Horizons, furthered his thesis with more accounts of disappearances. 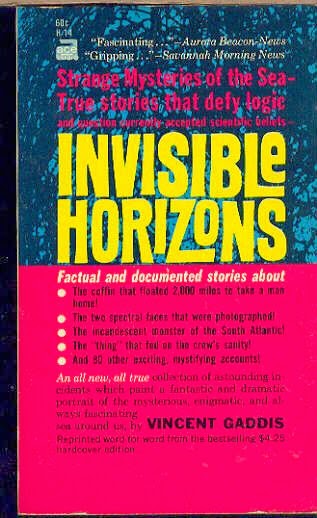 One of the most popularly known Bermuda Triangle stories is of the disappearance of Flight 19, consisting of five TBM Avenger torpedo bombers that disappeared on December 5, 1945, while over the Atlantic. 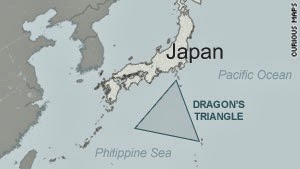 Gaddis' friend Ivan T. Sanderson was behind the scenes in the conceptualization and came up with his own theories about a worldwide grid of such locations he called "Vile Vortices." Indeed, I appeared, in 2006, on the History' Channel's UFO Files' episode "Pacific's Bermuda Triangle," talking of my knowledge of Sanderson's interest in the subject. 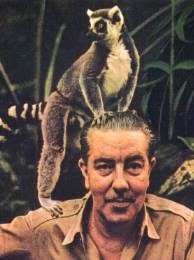 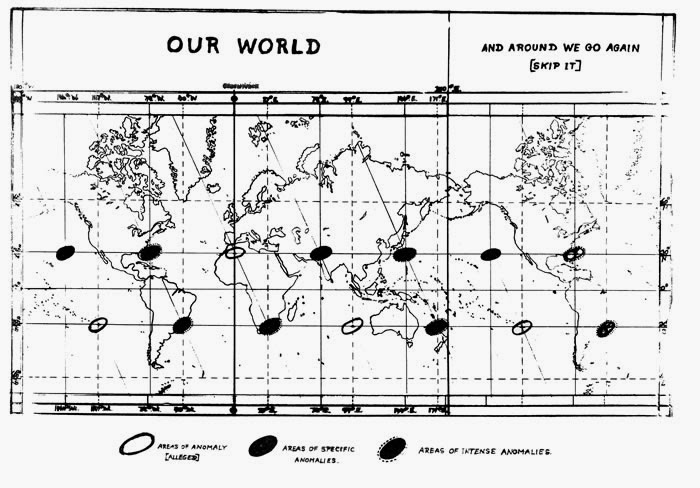 Another Vile Vortex is called "The Devil's Sea" or "Dragon's Triangle" or "Ma-no Umi"
off Japan, in an area that extends as a triangle between Japan and the Islands of Bonin, including a major portion of the Philippine Sea.

One of the most celebrated stories of Dragon's Triangle missing ships is that of USS Cyclops which disappeared in March of 1918. Few realize that the various theories as to why the Cyclops went down lead to the famed novel and resulting movie, The Poseidon Adventure (1972).

Is there a Vile Vortex in the most recent direction that Flight 360 is said to have been flying?

Yes, one of Sanderon's Vile Vortices is in the Indian Ocean, where some planes and more have vanished.

The following ships may have disappeared in the Indian Ocean:

Some of the planes include...

During World War II, on July 7-9, 1943, a famed Japanese aviator and explorer Kenji Tsukagoshi flying a prototype Tsukagoshi Ki-77, from Singapore to Sarabus (now Hvardiiske, Crimea) to over the Indian Ocean, was lost with a crew of 5 and 3 Imperial Japanese Army passengers.


Not missing, but a mystery, in 2004, a Beechcraft 200 Super King Air left Perth, Australia, on a 600 kilometre journey and eventually flew 2,840 kilometres before crashing in Queensland.

Will the mystery of Flight 360 ever be solved or join the annals of other Fortean mysteries?

Posted by Loren Coleman at 5:53 PM

I've been following the story of Flight 370 since it vanished and had this inexplicable deep "knowing" that the plane had gone through a "time warp." Of course, I kept dismissing the thought but this morning had an unusual strong "urge" to Google other "triangles" besides the infamous Bermuda Triangle. To my astonishment, I discovered there are actually 12 triangles uniquely positioned around the globe, including one in (or near) the Indian Ocean where the investigation is now focused on (as of this morning). IF this is the case, I can't imagine what "explanations" the various countries involved will attempt to offer, especially to the families of the crew and passengers. God help us all!

It is very strange how the search is now centered directly in the center of the vortice west of Australia. I wonder how the hell they got there? Think anymore planes or ships go missing now that they are all bunched together looking? Doubt we will hear anything if there is another disappearance