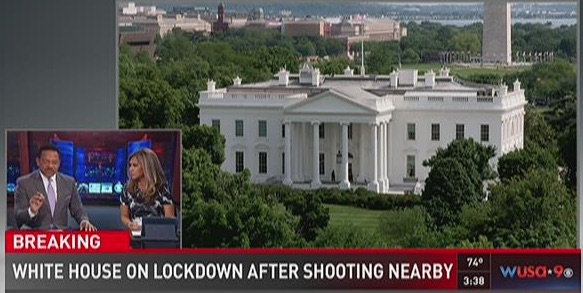 The Secret Service shot an armed man at a security checkpoint outside the White House on Friday, May 20, 2016, causing the complex to go into lockdown. The man who was shot was identified by law enforcement officials as Jesse Andrew Olivieri, 30 or 31, from Ashland, Pennsylvania. 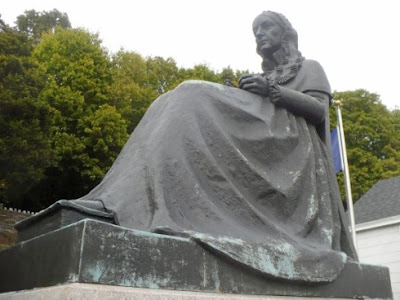 The Mothers' Memorial was erected in 1938. 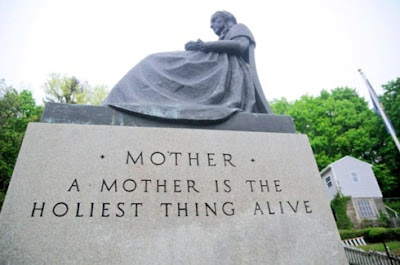 (Ashland, Pennsylvania is perhaps best-known for the Mothers' Memorial, which is located at the junction of Pennsylvania Route 54 and Pennsylvania Route 61. The Mothers' Memorial is a bronze reproduction of the famous James Abbott McNeill Whistler artistic painting: An Arrangement in Grey and Black No. 1, commonly known as "Whistler's Mother". The WPA-Built Mothers' Memorial honors all mothers of the United States and it's the only one of its kind in the world. The Mothers' Memorial was commissioned and erected during the misery of the Great Depression in the United States by the Ashland Boys' Association and it was dedicated on Sunday, September 4, 1938, during Labor Day weekend. President Franklin D. Roosevelt economic recovery plan of the Works Progress Administration completed the historical stone masonry work.)

Vice President Biden was in the complex; he was secured for his safety. President Obama was on a golf outing at Andrews Air Force Base in Camp Springs, Maryland, when the shooting occurred. A White House official said no White House employees were injured, and that Obama was briefed about the situation.

The incident happened at 3:06 p.m. at a security gate at 17th Street and E Street N.W., on the west side of the White House complex where employees enter. Law enforcement agencies had originally given conflicting accounts of where the shooting happened; the Secret Service said it was outside the security perimeter.

The suspect was brandishing a weapon, and a uniformed Secret Service officer gave him "numerous verbal commands for the subject to stop and drop the firearm," said Secret Service spokesman Samuel Reed Jr. The officer shot the suspect once, and he was taken to a local hospital.

Several law enforcement officials said they believe it may have been an attempt at suicide by cop, and that Olivieri said he wanted to die.

Earlier in the day, Secret Service officers cleared the North Lawn, Pennsylvania Avenue and Lafayette Park during an incident in which officers drew guns.
Posted by Loren Coleman at 9:06 PM