Bad Start for Gorillas in 2017 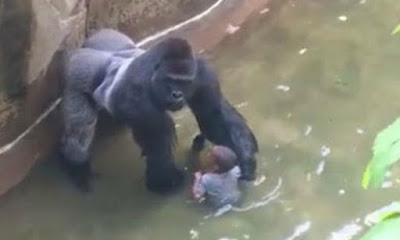 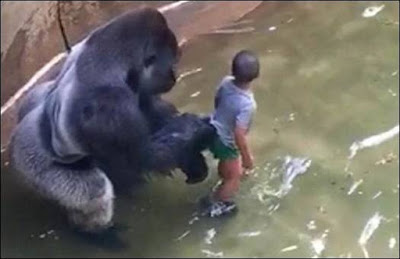 On May 28, 2016, a three-year-old boy climbed into a gorilla enclosure at the Cincinnati Zoo and Botanical Garden and was grabbed or protected (depending on your reading of what occurred) by Harambe, a 17-year-old Western lowland gorilla. Fearing for the boy's life, a zoo worker shot and killed Harambe. 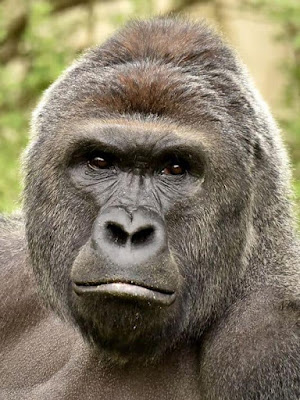 Zoo Miami's aging "matriarch" gorilla, Josephine, was euthanized on Wednesday, January 18, 2017, just before reaching the age of 50. She was reportedly the grandmother of male silverback, Harambe, who was killed in Cincinnati after a young boy fell into his enclosure.

Josephine, 49, was born in wild and arrived at the Zoo Miami in March 1983. She gave birth to a male gorilla named Moja in 1984. He was later moved to Gladys Porter Zoo in Texas, where he fathered several gorillas including Harambe, the Miami Herald reported. 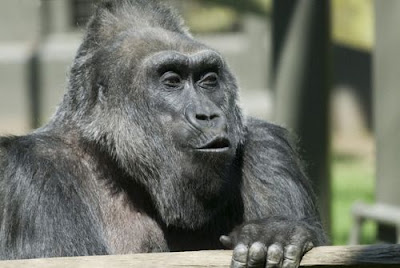 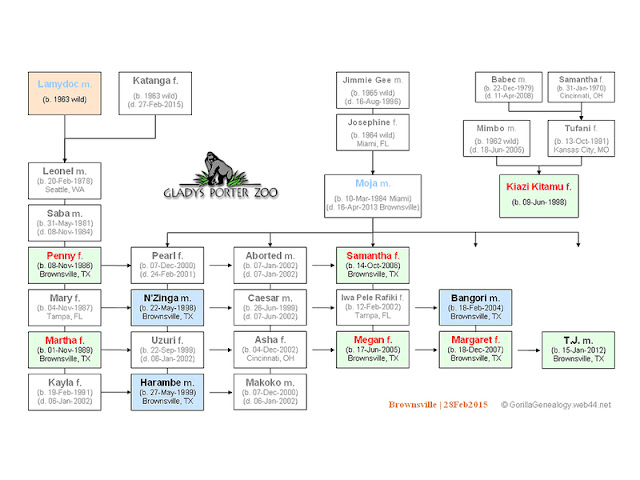 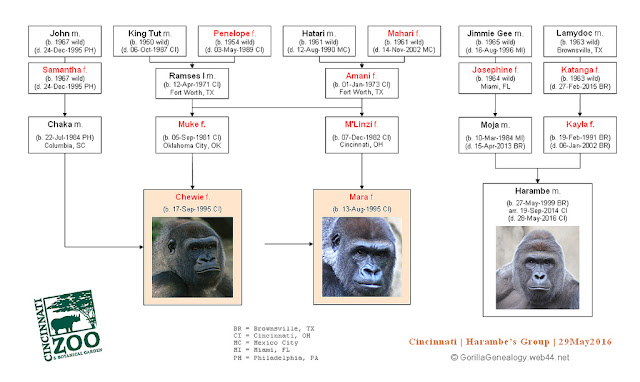 Some background about the relatives of Harambe:

Along with his two half-siblings at the Cincinnati Zoo, Harambe has 12 other half-siblings and a full brother.
According to the Gorilla Passion Project, Harambe was born on May 27, 1999 at the Gladys Porter Zoo in Texas to parents Moja and Kayla. Both of his parents are now deceased. Moja, originally from the Metro Miami Zoo, died suddenly at the Gladys Porter Zoo to heart disease. Kayla died in 2002, due to chlorine poisoning, at the Texas zoo as well.
Harambe’s one full sibling, a brother named Makoko, died in the same 2002 chlorine poisoning incident as Kayla. In January 2002, a container of dry chlorine tablets was accidentally placed near a space heater in a building housing 11 gorillas, reports The Brownsville Herald. The tablets accidentally became wet, creating toxic fumes that ended up killing four gorillas: Kayla, Makoko and two of Harambe’s half-siblings, Caesar and Uzuri.
Two of Harambe’s other half-siblings are also deceased: Pearl who died of unknown causes before she turned 1 and an unnamed baby who was miscarried.
Born in 1998, N’zinga is Harambe’s oldest living half-sibling. She resides at the Gladys Porter Zoo, where he was born, with four more of Harambe’s half-siblings: Bangori (Born 2004), Samantha (Born 2005), Margaret (Born 2007), and Tracy James (Born 2012).
The two remaining half-siblings reside at zoos other than Cincinnati and Gladys Porter. Iwa “Pele” Rafiki, born in 2002, currently lives at Tampa Busch Gardens, and Megan, born 2005, lives at the Dallas Zoo. Source.