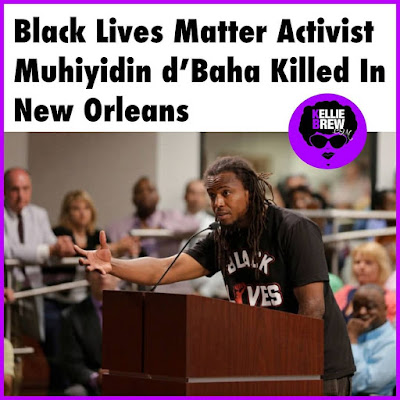 An important Black Lives Matter activist from Charleston, South Carolina, who gained prominence in the wake of the police shooting of Walter Scott and when he grabbed a Confederate flag from a protester, was shot and killed February 6, 2018, in New Orleans. Muhiyidin Elamin Moye, who went by Muhiyidin d'Baha, 32, was found dead Tuesday morning after being shot in the thigh while riding his bicycle on Bienville Street. Rushed to a local hospital, he later died there of his wounds. No suspects are in custody.

Muhiyidin Elamin Moye/d'Baha made national headlines in February 2017 when he took a flying leap to wrestle a large Confederate battle flag from a protester in South Carolina, and the event was captured on video.

That incident occurred at an event at the College of Charleston, where activist Bree Newsome - known herself for climbing a flagpole to remove a Confederate flag at the statehouse in Columbia, S.C. - was speaking.

Moye/d'Baha was originally from Poughkeepsie, N.Y., and moved with his family to South Carolina when he was 13. 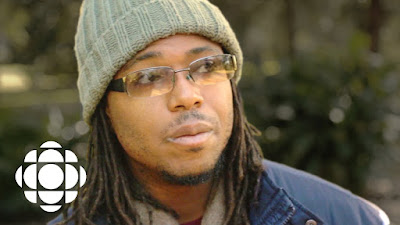 Muhyiddin = "reviver of faith or religion."


Commentator Anita Ladaprarez notes that "between this death and the extremely suspicious deaths of prominent activists and their relations in St. Louis, it seems very dangerous to be the more camera-eager kind of black activist."
Posted by Loren Coleman at 8:54 PM