This is a complex story that starts one place, in time and space, and ends up traveling back to the past. 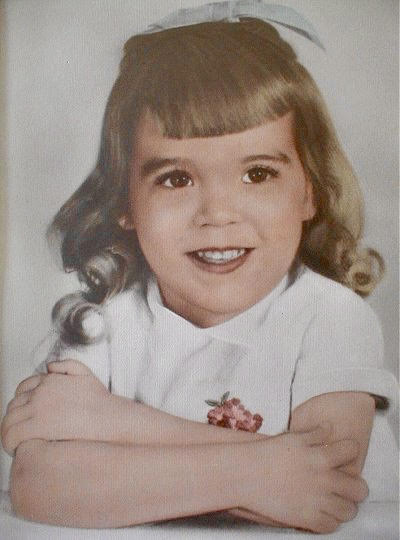 To begin with, I was struck by the sync of the unfolding historical mention of 133 feet linked to the Maine event. In the news recently, three women's bodies have been found at 1333 Page Blvd, Springfield, Massachusetts, the house where Stewart Weldon buried them.

It begins, contemporarily, at 7:09 pm, on Friday night, June 1, 2018, at a Babe Ruth baseball field in Sanford, Maine. The town is known for it's strong community support of its youth baseball. Damn it. My sons have played there. This incident was a shocker in Maine. 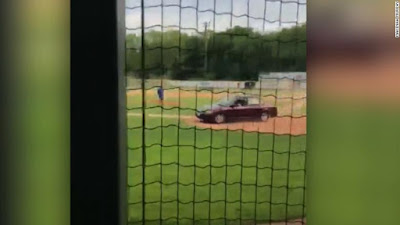 As the game was in progress, a car came through an open gate onto the Maine field, scattering the boys’ on-field baseball team, then striking and killing a man. 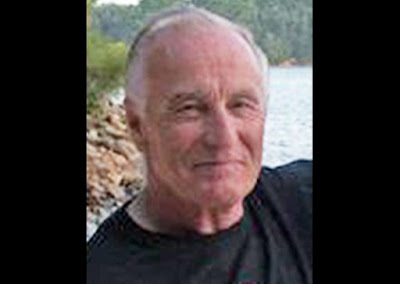 A West Newfield, Maine resident Douglas Parkhurst, 68, holding the gate, reportedly pushed kids out of the way, and was hit. Parkhurst was trying to close the main gate so the car could not leave the field.

The maroon Honda sedan at one point struck a closed gate, sped toward the main gate and struck Parkhurst before speeding from the scene. He died on the way to the hospital. 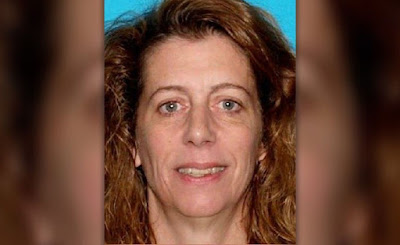 Sharrow (English). The habitational name from Sharrow in Sheffield or Sharow in North Yorkshire, both named with Old English scearu "boundary" + hōh "hillspur." It is the Americanized spelling of French Charron. Intriguingly, the term sharrow is used with regard to a specialized symbol on the road for the right of passage of bikes. One of the first developments was more information on Sharrow. Her actions seemed bizarre to the parents, coaches, and players there, as if she was driving in a trance, possessed.

As details emerged about the victim, Douglas Parkhurst, the first stories were of his  heroism, how he was a Vietnam Vet (he served as a cook in the Air Force), and a grandfather.

Then a deep sync was revealed. 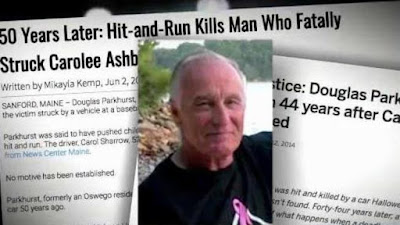 Fifty-years ago, Parkhurst had killed a little four-year-old on Halloween 1968, in a hit-and-run incident with his car. But he hid that fact.

Finally, in 2013, after the cold case was re-opened on Facebook, and detectives were getting closer, Parkhurst confessed 44 years after the girl's death. 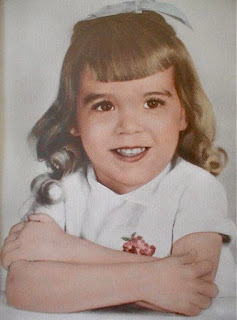 Parkhurst hit Carolee Sadie Ashby, and she was thrown 133 feet through the air, in Fulton, New York. 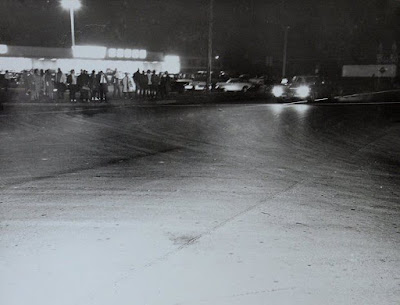 The details are chilling. Carolee was walking across the road, eating softserve ice cream, with her older sister Darlene and a cousin, after going to get birthday candles from the nearby Victory Store for Darlene's 15th birthday.

The girls were looking forward to going home and dressing up to go Halloween trick or treating. It was about 6:30 pm when they crossed the road. And Carolee was hit.

A motorist watched as a car drifted to the center of a Fulton intersection and hit a teddy bear.

When people began running up and down the street, the man drove closer and realized he'd been mistaken. The teddy bear had actually been a little girl. He sped up to the scene....

Carolee's black cowboy boots lay 20 feet from where she landed. The man found her crumpled body about a foot from the curb. She wasn't moving. ~ wrote Syracuse Post-Standard reporters Ken Sturtz and Jeff Stein 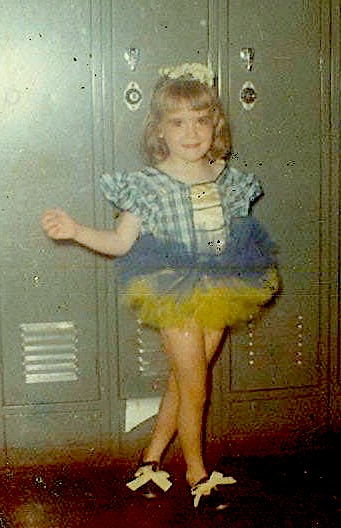 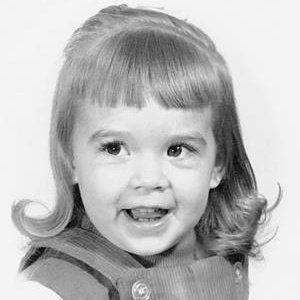 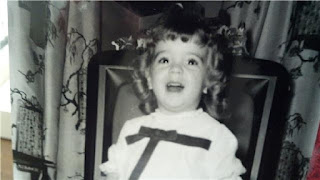 Therefore a Carol allegedly killed with her car the man who confessed to killing a Carolee with his car.

Origin of the name Carol: Feminine form of the Latin Carolus, which is a cognate of Charles (full-grown, a man, freeman), and a short form of Caroline, another feminine form of Carolus. Alternatively, the name is derived from the vocabulary word carol (joyous song, a carol). Var: Carol, Carrol, Carroll, Carryl, Caryl. And Carolee.

When the confession came in 44 years after the little 4 year-old girl who was born on February 22, had been killed, Doug Parkhurst could not be charged because the statute of limitations had expired. The Syracuse newspaper asked for records of the investigation under the Freedom of Information. On May 22, 2013, the request was denied because it was allegedly "still an ongoing investigation."

On June 2, 2018, Russ Johnson, the retired Fulton police officer whose Facebook post led to the tip that helped crack the case, called Douglas Parkhurst’s death "ironic and a strange twist of fate."

“God works in mysterious ways,” Johnson said in a telephone interview with Beth Quimby of the Portland Press Herald.

“It was mind-blowing that the community had remained so distraught over the decades,” Johnson said. 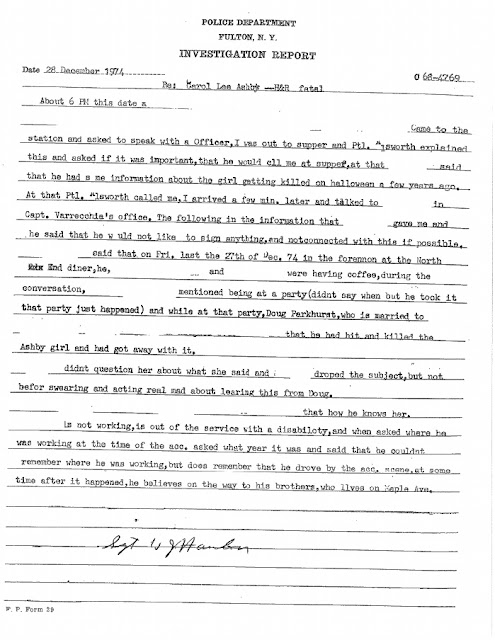 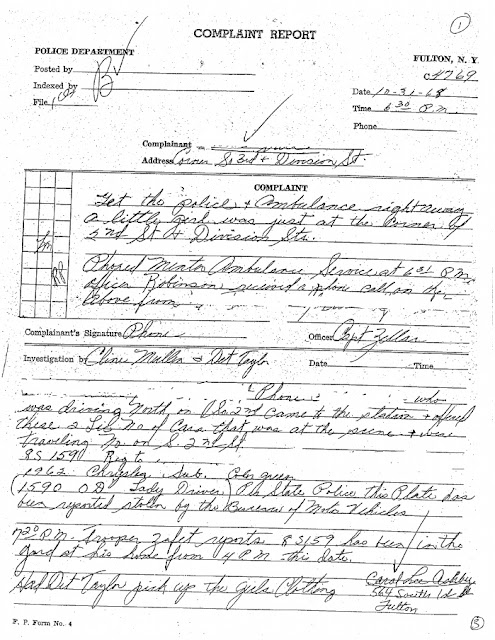 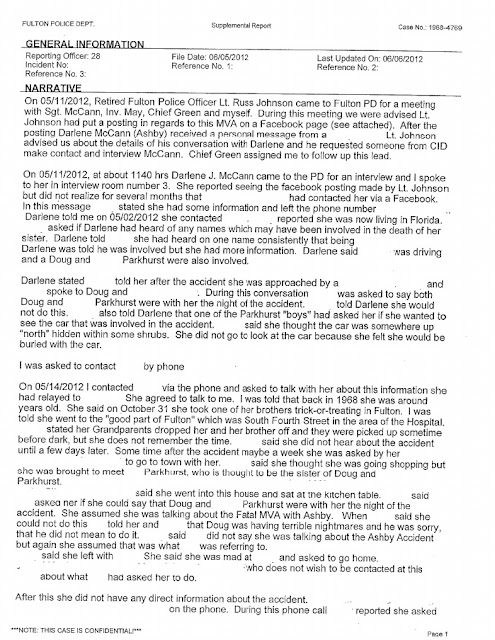 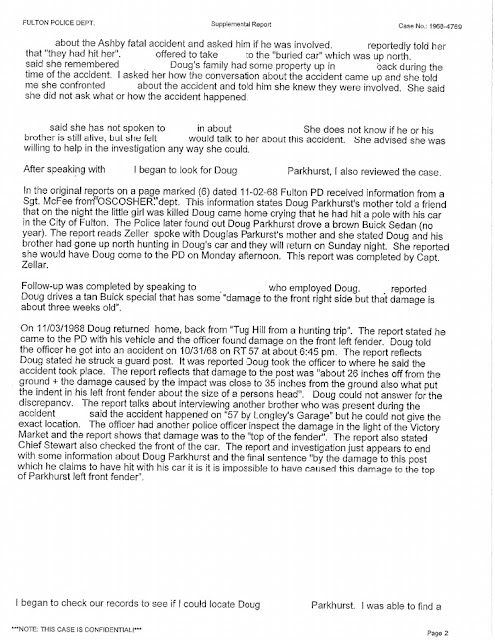 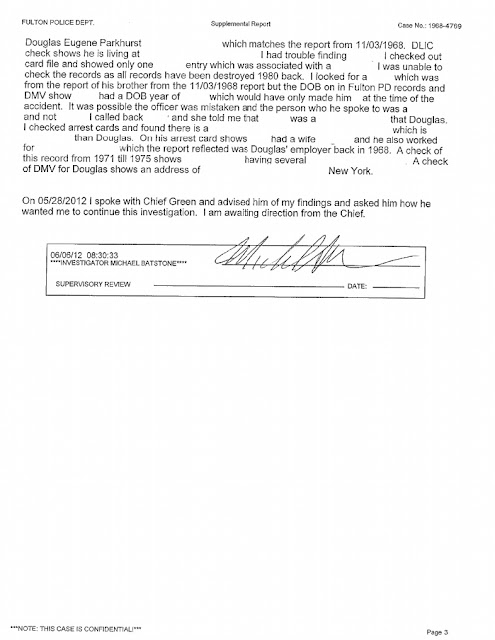 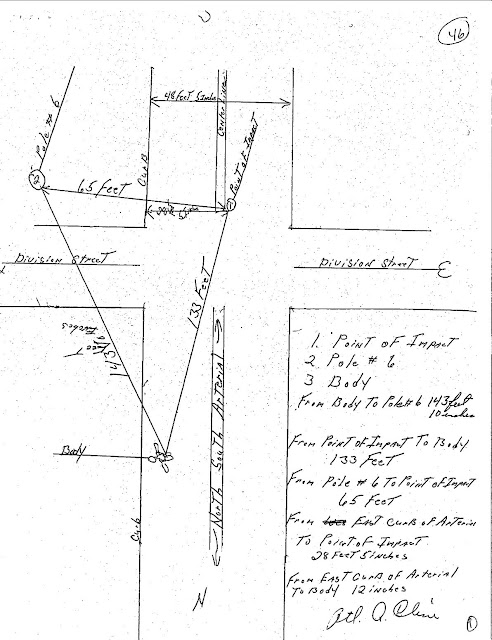 Silent film buffs, myself included, paraphrase this from the ultimate book on those movies, "The Silent Clowns" as the Keaton curve.