In the wake of the 40th anniversary of Jonestown's mass suicide (they used poisoned Flavor Aid, not Kool Aid, btw), we have been reminded of what James George Frazer wrote about the subject in Chapter 7 of his The Golden Bough: A Study in Magic and Religion (12 volumes published in 1890, 1900, and 1906-15). 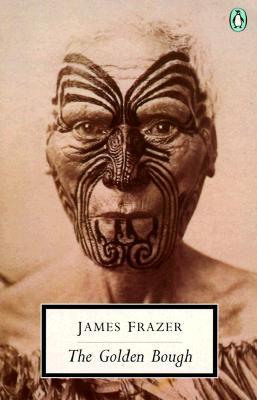 The following is shared, with the usual caution that the book has come under modern scrutiny for its imperialism, anti-Catholicism, classism and racism elements. The heightened thought that is given to "educated Englishmen" is all too obvious.

Many races, like many individuals have indulged in practices which must in the end destroy them. Not to mention such customs as collective suicide and the prohibition of marriage, both of which may be set down to religious mania, we have seen that the Polynesians killed two-thirds of their children. In some parts of East Africa the proportion of infants massacred at birth is said to be the same. Only children born in certain presentations are allowed to live. The Jagas, a conquering tribe in Angola, are reported to have put to death all their children, without exception, in order that the women might not be cumbered with babies on the march. They recruited their numbers by adopting boys and girls of thirteen or fourteen years of age, whose parents they had killed and eaten. Among the Mbaya Indians of South America the women used to murder all their children except the last, or the one they believed to be the last. If one of them had another child afterwards, she killed it. We need not wonder that this practice entirely destroyed a branch of the Mbaya nation, who had been for many years the most formidable enemies of the Spaniards. Among the Lengua Indians of the Gran Chaco the missionaries discovered what they describe as "a carefully planned system of racial suicide, by the practice of infanticide by abortion, and other methods." Nor is infanticide the only mode in which a savage tribe commits suicide. A lavish use of the poison ordeal may be equally effective. Some time ago a small tribe named Uwet came down from the hill country, and settled on the left branch of the Calabar river in West Africa. When the missionaries first visited the place, they found the population considerable, distributed into three villages. Since then the constant use of the poison ordeal has almost extinguished the tribe. On one occasion the whole population took poison to prove their innocence. About half perished on the spot, and the remnant, we are told, still continuing their superstitious practice, must soon become extinct. With such examples before us we need not hesitate to believe that many tribes have felt no scruple or delicacy in observing a custom which tends to wipe out a single family. To attribute such scruples to them is to commit the common, the perpetually repeated mistake of judging the savage by the standard of European civilisation. If any of my readers set out with the notion that all races of men think and act much in the same way as educated Englishmen, the evidence of superstitious belief and custom collected in the volumes of this work should suffice to disabuse him of so erroneous a prepossession. Source.

Thanks to Bob Rickard.
Posted by Loren Coleman at 11:00 AM