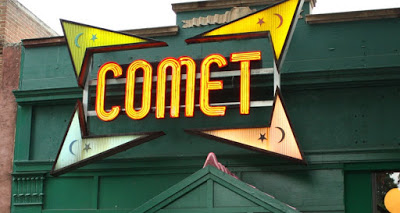 No matter what side of the fence you come down on regarding the Pizzagate melodrama,  the fact is it has caused some real world violence often buried at the back of the paper, so to speak.

Take, for example, the "Pizzagate shooting" of December 2016. Few media outlets even talked about the news, let alone tackling it, or putting it into any context. I wrote about it here, as an introduction to the stories, thinking it might grow and mellow with age.

The essence of that event was that a true believer in the Pizzagate rumors decided to take matters into his own hands. On Sunday, December 5, 2016, Edgar Maddison Welch, 28 of Salisbury, North Carolina, walked into the front door of Comet Ping Pong and pointed a firearm in the direction of a restaurant employee.

Welch told police he'd come to the restaurant to "self-investigate" the Pizzagate theory that spread online during Hillary Clinton's run for the White House during the 2016 campaign. At one point, Welch fired an AR-15 at a locked closet. But he discovered there were no children being held in the restaurant. No one was hurt in the shooting. He surrendered and was later sentenced to four years in prison. 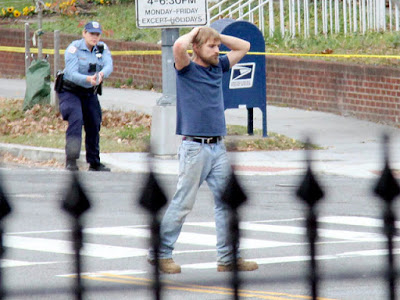 The Pizzagate stories centered on one location, the pizza restaurant named Comet Ping Pong in Washington D.C. The mainstream site Wikipedia summarized the case as follows. Please note the use of value-laden words, such as "fake," "falsely," and "debunked."

In early November 2016, several fake news websites and online forums falsely implicated the restaurant and various Democratic Party figures as part of a fake child trafficking ring, which was dubbed "pizzagate" in some circles. This fake story was debunked by the Metropolitan Police Department of the District of Columbia, fact-checking website Snopes and The New York Times, among others. The restaurant's owners and staff were harassed, threatened on social media websites, and given negative Yelp reviews. After continued harassment, Comet Ping Pong increased the security for concerts held inside its premises. Source.

During January and February 2019, a series of incidents occurred that appear to have flown below the radar of the mainstream news, again, in the realm of Pizzagate.

On January 23, 2019, a fire broke out at Comet Ping Pong. He set the location's curtains on fire. No one was hurt, but the video appears to not have been released to the public until January 25, 2019. 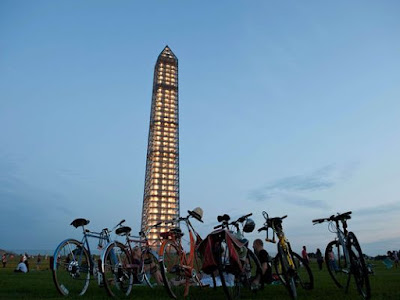 Then on February 4, and again on February 5, 2019, a man that was later found to fit the describe of the suspect, climbed the fence around the Washington Monument.

Video taken on the 5th of February showed "two officers trying to restrain a man at the base of the Monument as he fights back wildly. The man appears to punch at the officers. He falls at least twice and gets back up. 'Get on the ground!' an officer can be heard ordering the man. An officer runs at him with a baton, but he continues to resist. Finally, an officer uses a stun gun on the man. He brings his hand to his chest and then falls backward," wrote WashingtonNBC4 on February 14, 2019. 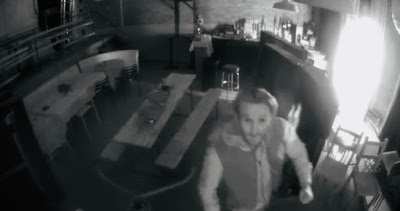 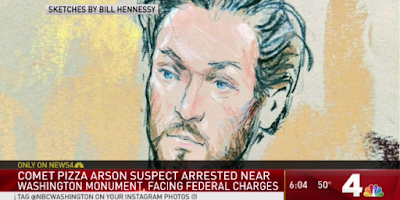 Then on February 13, 2019, Ryan Rimas Jaselskis, 22, was charged with arson. Federal prosecutors say that on January 23, 2019, that Jaselskis started the fire in the Comet Ping Pong.

Jaselskis, who uses the name Ryan Rimas in his acting and modeling career, entered the Comet Ping Pong restaurant on January 23 [2019] about 9:30 p.m. and set fire to curtains inside the eatery, federal prosecutors say. He was caught on surveillance video, which was released by the DC Metropolitan Police and ATF arson task force. The video showed a man in a blue and white jacket inside the Connecticut Avenue restaurant trying to knock down a camera as a fire burns in the background. No one was inside the restaurant and there were no injuries. Source. 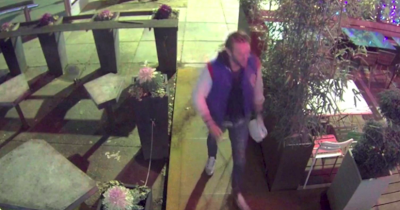 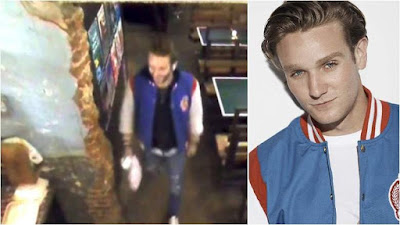 Rimas or Jaselskis used images of himself in modeling photographs and on Facebook in which he employed the same jacket he is shown wearing in the Comet Ping Pong surveillance video. As one tweet author sarcastic noted online, "He really liked that jacket."

Jaselskis appears to be a Lithuanian name. Rimas or Remas is a given name, which can be an Arabic feminine name or a Lithuanian masculine name. In Arabic, Rimas is derived from the name of "a type of diamond." 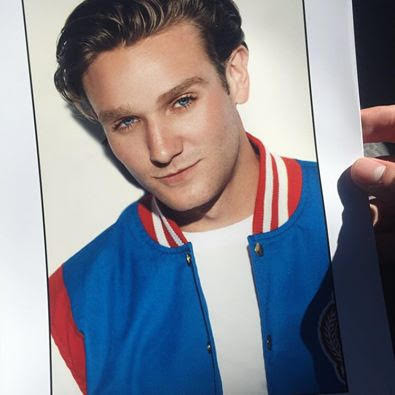 He also wore the jacket in his IMDb profile photo.

Ryan Rimas has appeared in nine films since 2015, according to his IMDB profile, all of which appear to be small or independent movies. The films include Four Blood Moons, It Happened in L.A., The Curse, Tiger Leaves Skin, Serial Killer Superstar, Evening Installation, Betting on Amanda, and Josh Taylor’s Prom Date. 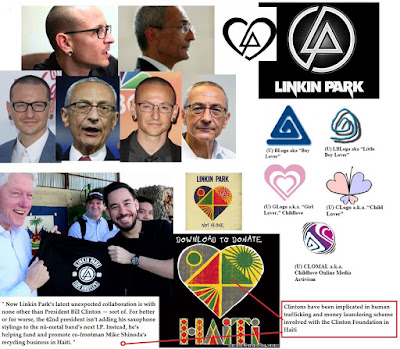 This "pedophile conspiracy" rabbit hole is a deep one if you decide to dive into it. Source. 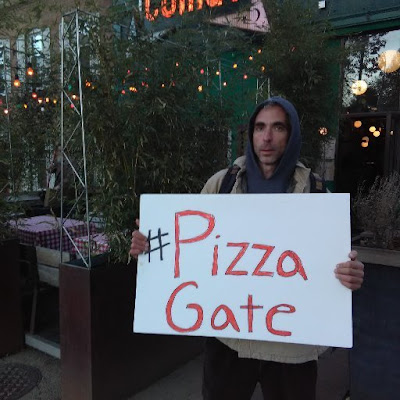