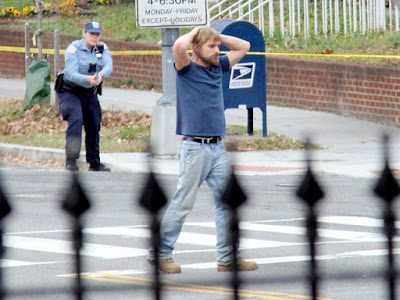 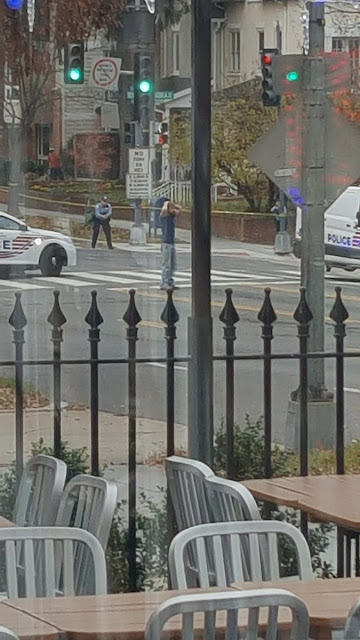 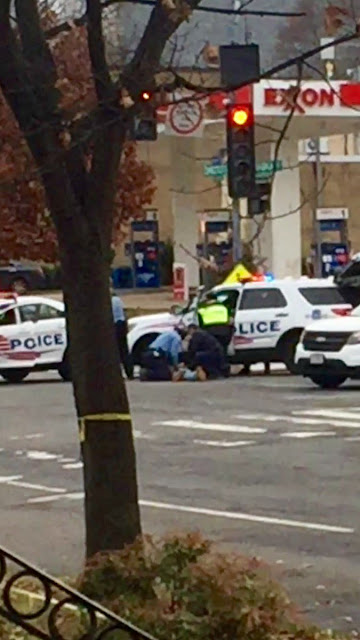 On Sunday, December 5, 2016, Edgar Maddison Welch, 28 of Salisbury, North Carolina, walked into the front door of Comet Ping Pong and pointed a firearm in the direction of a restaurant employee.
Maddison is an unusual name. Maddison is an elaborate respelling of Madison. As a given name, Madison originated as the transferred use of a surname. The surname is derived from maternal ancestors and comes from the medieval female given name Madde, which was a short form of Maud.  From English, the meaning of the name Madison is derived from Matthew, "gift of God'," or from Matilda "strong fighter." (James Madison Jr. was the fourth President of the United States, from 1809 to 1817.)

Comet Ping Pong has been associated with the Pizzagate story.


In early November 2016, several fake news websites and online forums falsely implicated the restaurant and various Democratic Party figures as part of a fake child trafficking ring, which was dubbed "pizzagate" in some circles. This fake story was debunked by the Metropolitan Police Department of the District of Columbia, fact-checking website Snopes and The New York Times, among others. The restaurant's owners and staff were harassed, threatened on social media websites, and given negative Yelp reviews. After continued harassment, Comet Ping Pong increased the security for concerts held inside its premises. Source.

Sunday's event was a realtime drama allegedly caused by a fake news story. Various pro-Pizzagate sites are saying this incident, however, is a "false flag" incident so everyone will think that the conspiracy story is "nuts."

Welch said he was investigating a conspiracy theory about Hillary Clinton running a child sex ring out of a pizza place fired an assault rifle inside the Washington, D.C., restaurant on Sunday injuring no one.

The employee was able to flee and notify police. Welch then fired the gun into the floor. Police responded and arrested Welch without incident. They recovered an "assault rifle," Brown said. Welch was charged with assault with a dangerous weapon.
Welch has appeared on social media with an assault weapon. 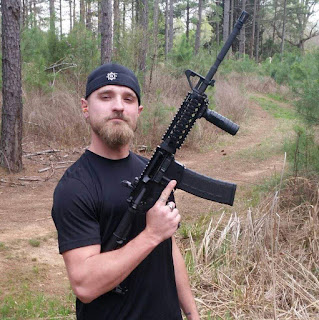 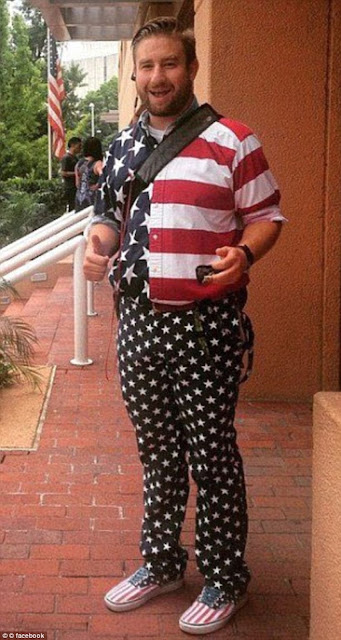 Two firearms were recovered inside the restaurant and an additional weapon was recovered from the suspect's vehicle, police said in a statement on Sunday evening.

Welch told police he'd come to the restaurant to "self-investigate" the fictitious online conspiracy theory that spread online during Clinton's run for the White House, the police statement said. 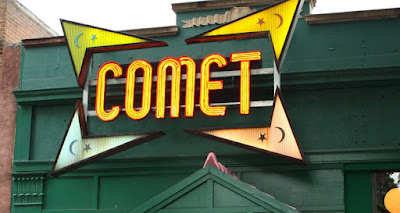 The Comet Ping Pong is in a neighborhood of well-tended private homes and apartment buildings on leafy streets that lead to a mix of shops, restaurants and the Politics and Prose book store. The restaurant gained notoriety during the presidential campaign after fake news stories stated that Hillary Clinton and her campaign chief ran a child sex ring out of the restaurant, The New York Times and other news organizations have reported.

The Comet, its owner, staff and nearby businesses were caught up in an onslaught of conspiracy theories and fake news during the often contentious presidential campaign and were the victims social media attacks and death threats, the Post reported.

James Alefantis, owner of Comet Ping Pong, released a statement late Sunday night that denied what he called the “malicious and utterly false accusations” and said the company hoped to resume normal operations within a few days.

“I hope that those involved in fanning these flames will take a moment to contemplate what happened here today, and stop promoting these falsehoods right away,” Alefantis said in the statement widely distributed by the media. 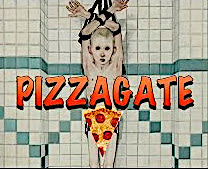 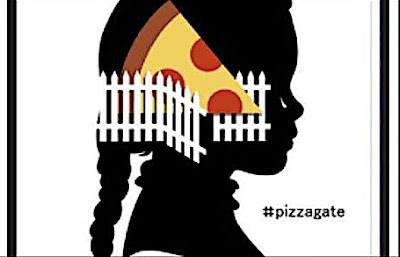 Social media's visuals tagged to "Pizzagate" have been ongoing since November 2016. That "fake news" would inspire "real news" in such a matter may be a first.

Another strange incident, another perp with an IMDB page:

I'm confused...what does Seth Rich have to do with this?

According to his IMDB, the Pizzagate Gunman actually played the character of the Gunman in the short film "Something about Pizza" in 2005.

And a few more:
From Slate, of course.

After $andy Hook, I am critical of every NEW$ story.

Loren - I'm not only disappointed but also especially surprised (due to the "alternative" type information on YOUR site that I'm sure most "mainstream" types find to be ridiculous and irrelevant) that in your post, you appear to suggest that the story about Comet Ping-Pong's relationship to organized pedophilia involving some of DC's elites actually is/was purely "fake news." Personally I don't claim to know if it is or isn't true, but there are an awful lot of dots out there that seem to indicate there was/is a REAL relationship between that establishment, pedophiles, and also DC elites. The alleged perpetrator of this alleged shooting even turns out to be an actor! There is a great deal of speculation as to whether or not a piece of this "news" was the reason for conservative journalist Andrew Breitbart's untimely death in 2012. Prior to his death he had sent numerous tweets specifically naming Podesta as a pedophile, indicating that he was aware of a huge scandalous conspiracy that would threaten numerous government elites, and said he would release a video of Obama on March 1 that would threaten his presidency (note that those dots are not all necessarily related, but there is room for speculation that they may have been), then shortly after midnight Feb 28 ( I.e. ON March 1, 3-1-2012 how about those numbers?) he died from a heart attack at 42 years old on his way home from dining out that evening. The coroner who signed his autopsy report then died of apparent arsenic poisoning (allegedly not from Breitbart's body because he allegedly did not perform the autopsy himself) 2 weeks later, the same day that the report was released. There are additional creepy dots that MAY actually connect this pizza joint with this same story. It doesn't appear to be "fake news" but rather a legitimate discourse that is happening around these dots of information. It kinda seems like you are a writer who likes to paint dots and allow thinking readers to decide if they think there are really connections between them or not. But in this case you REALLY seem to be painting these dots as "fake news." To me it almost seems to be not-even-LIKE-you! There are a lot of creepy dots there - right up your alley! So howcome you aren't looking at THOSE dots instead of worrying about how many actors have played Howard Hughes over the years and how they spelled their names and what street they lived on? Howcome it seems like you want people to think that these particular dots are "fake news?" Really makes me do a double-take on you which makes me kinda sad because I enjoy browsing your site, because it makes me THINK

Nobody's Fool, maybe the reason Loren and others are so skeptical is because "Pizzagate" was a story broken by anonymous 4chan users, and 4chan users don't exactly have the best reputation for being pro-social, and when a source is anonymous it's impossible to verify its credibility.