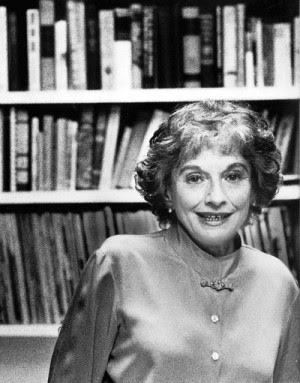 Annette Baran, the famed open adoption advocate of California, has died at the age of 83. Her Los Angeles Times obituary may be found here.

Annette was a kind and gentle woman, and her spirit will be missed. What she did for the adoption movement was remarkable.
Posted by Loren Coleman at 9:44 PM No comments: 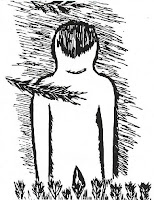 Alisa Maier has been found alive. The news was good this morning.

Registered sex offender Paul S. Smith, a suspect in the abduction of four-year-old Alisa Maier, who shot himself has died. He was discovered by police repainting his car in Hawk Point, Missouri. Some, even without any direct link being proven yet, are calling him a "Missouri Monster."

Have you looked behind the headlines, at the location, the twilight language, and the names?

Alisa Maier was kidnapped from her front yard in July 2010, in Louisiana, Missouri.

Why does this location sound familiar?

In July 1972, Louisiana, Missouri, was the site of one of the largest hairy hominoid flaps occurring in the midst of the high strangeness times of the 1970s. I wrote about the sightings and the era in Creatures of the Other Edge and Bigfoot! The True Story of Apes in America.

The image of Momo is well-known.

Momo is the name of the area's local eastern Bigfoot, which is reported to live in Missouri. The name Momo is short for "Missouri Monster" and it is reported to have a large round head, with a furry body, and hair covering the eyes. It is reportedly a large, 7 ft (~2.1 m) tall, hairy, black, manlike creature that kills dogs and emits a terrible odor.

In 1972, at 3:30 p.m. July 11, Momo was first reported by Edgar Harrison's children, Terry (8), Wally (5), and Doris (15), crossing through their front yard, carrying a dead, bleeding dog. The series of sightings lasted for about 2 weeks, and tracks were found. Edgar Harrison, a church deacon and the owner of a family business in town, became so obsessed with finding the creature, he camped out for 21 straight days at the bottom of a local hill where Momo was frequently seen.

Now comes the abduction and return of this little Louisiana, Missouri girl.

Investigators believe a man snatched Alisa Maier, the four-year-old girl from her front yard on July 5th, which prompted an Amber Alert. She was found more than 24 hours later on Tuesday night, July 6, near to a car wash, next to a Phillips 66 gas station. Talk about number games.

Alisa was found wandering at a gas station car wash in the 600 block of Gravois Road in old town Fenton, Missouri, around 9:45 p.m. Tuesday. St. Louis County police said witnesses contacted them to report seeing a young boy unattended. The boy turned out to be the girl, due to the fact her hair had been cut.

What was Alisa's mother's name? Kimberly Harrison. It is not a stretch of the imagination to think the family of this victim is related to the victimized, traumatized children of Edgar Harrison. 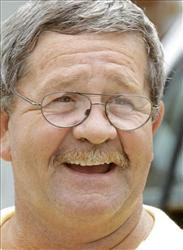 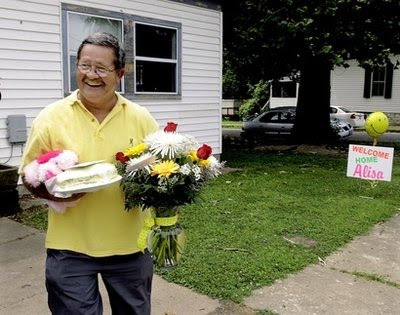 Two photos above show Roy Harrison, the grandfather of Alisa Maier, 4, who smiles while speaking with reporters at Maier's home in Louisiana, Mo., Wednesday, July 7, 2010. Maier was abducted Monday night from the yard of her home.

So, how closely related are these Harrisons to the 1972 ones in Louisiana, Missouri?

Also, as noted privately to me by a cryptopolitical observer, regarding Louisiana, Missouri: "Pike County; the girl found in the St Louis area [that’s two 'Louis' roots, with Louis (or Lewis) of course important in Masonry as both a hereditary Mason and the device used to hoist worked stone blocks into position], plus the telltale cutting of the girl’s hair....It [was also] revealed that a carnival had been in Louisiana [Missouri] at about the same time, which suggests the possibility of, wait for it, clowns." 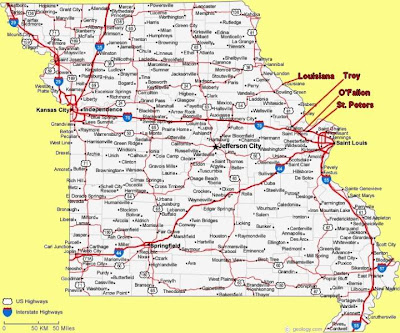