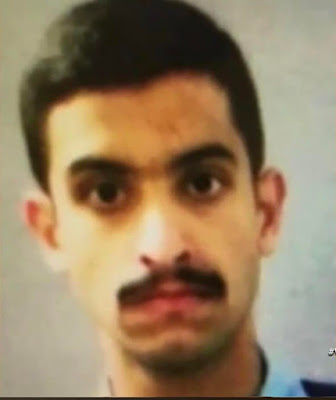 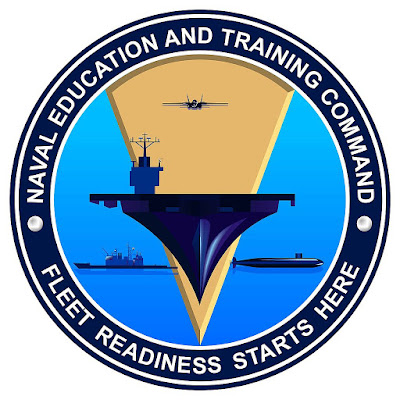 Two days after the Pearl Harbor shooting, a day before Pearl Harbor, there has been a mass shooting incident at the Naval Air Station Pensacola, Florida. It should be noted since 1825, the area designated for the Pensacola Navy Yard "is said to be haunted by a light keeper murdered by his wife." 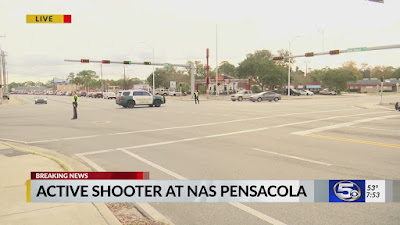 An unidentified gunman opened fire inside the Naval Air Station Pensacola on Friday, December 6, 2019, killing at least two person and injuring several others.


The shooting is over, the Escambia County, Florida, Sheriff's Office said, and the shooter has been confirmed dead. 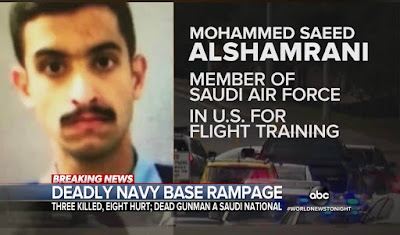 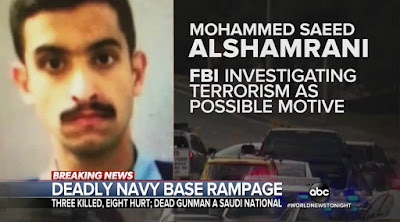 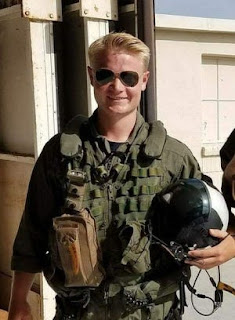 Family members have identified Joshua Kaleb Watson, 23, a recent graduate of the U.S. Naval Academy, as one of the victims of Friday’s shooting at Naval Air Station Pensacola.

Naval Air Station Pensacola or NAS Pensacola, "The Cradle of Naval Aviation," is a United States Navy base located next to Warrington, Florida, a community southwest of the Pensacola city limits. It is the home of the Blue Angels. Above is the logo of the Commander of the Navy Region Southeast (note trident), and the new Naval Education and Training Command (NETC) Logo (released in 2012). 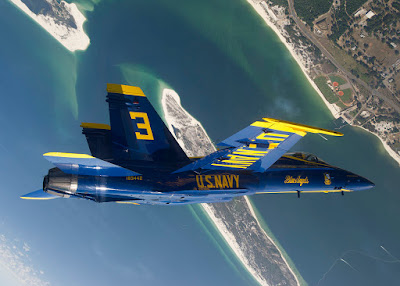 One of the Blue Angels. 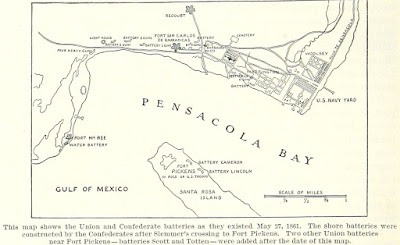 Forts and batteries near the Pensacola Navy Yard on 27 May 1861. 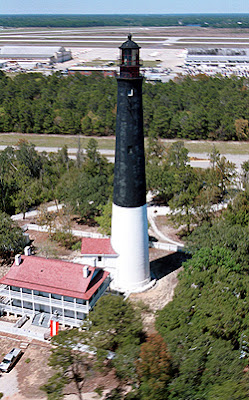 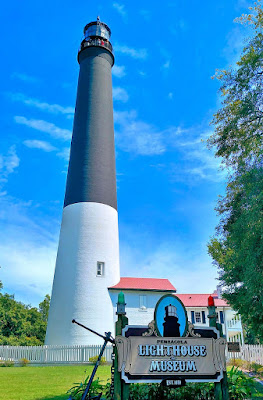 The first lighthouse built by the U.S. on the Florida coast, at Pensacola. It was originally a lightship, the Aurora Borealis. The first Pensacola Light was the lightship Aurora Borealis. It was moved to Pensacola in 1823 from its previous post at the mouth of the Mississippi River after a lighthouse had been completed there. Because of frequent rough seas, the lightship had to be anchored inside the bay entrance, behind Santa Rosa Island, and could not reliably be seen from ships outside the bay. In 1825 a 40-foot (12 m) tower was built on a 40-foot (12 m) bluff at the south entrance to Pensacola Bay. 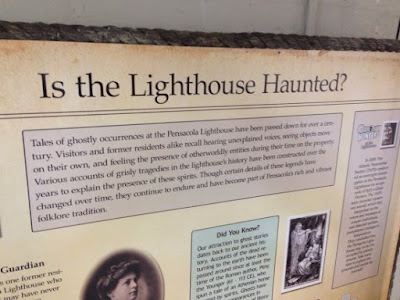 A display in the Pensacola Lighthouse.

SyFy's "Ghost Hunters" have been to the lighthouse a few times, and smaller ghost hunting groups have visited the historic district. The Pensacola Lighthouse and Maritime Museum conduct "ghost hunts" there. It has been called "One of America's Most Haunted Lighthouses."

There is also a story of Quarters A being haunted by Marine Captain Guy Hall, Avaitor #3751, who died in a training mission in the 1920s.

On 20 February 1939, a squadron of twelve U.S. Navy aircraft, described as "fast combat ships", were returning to NAS Pensacola, Florida, from a routine training trip and found the Gulf Coast socked in by a fog described as one of the heaviest ever witnessed in the region. Eight planes were lost with two pilots killed. Three aircraft piloted by instructors, and one other plane, were diverted by radio and outran the fogbank to land safely at Atmore and Greenville, Alabama.
Posted by Loren Coleman at 9:55 AM