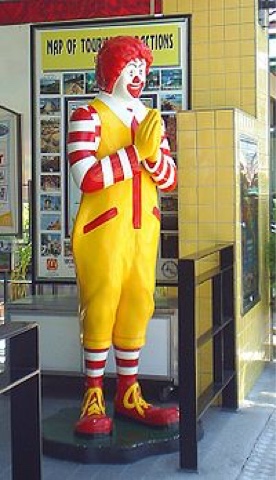 Could the precursor to 2016's Creepy Clown Epidemic be an icon of clownish food-aligned pleasure, Ronald McDonald? Could this imagery have become more creepy via social media? Was it in our consciousness before the first 1981 Phantom Clown sightings? Was Ronald McDonald the setup for Stephen King's IT?

When on Tuesday, October 11, 2016, the McDonald's Corporation acknowledged that it will henceforth be "thoughtful in respect to Ronald McDonald's participation in community events" as a result of the "current climate around clown sightings in communities," it became obvious that the overlap was not imaginary.

Ronald McDonald was created in 1963 as a human figure in a clown costume who ate hamburgers (allegedly by Willard Scott, who played TV's original Bozo).  It was Coco the Clown who originated today's costume and makeup in 1966, according to Wikipedia. But the industrial art use of this imagery goes further back that Willard Scott.

The plastic lifesize sculptures of Ronald McDonald, apparently, came on the scene earlier, in 1962, according to the authoritative site by Topher, who

identified five large 3-D statues. A 6-foot tall standing Ronald with his right hand waiving. A four-foot seated model with hand on chin. A four-foot kneeling model with both hands on his thighs. The life-sized sitting model which is pretty common today, and the 7-foot standing statue of Ronald holding McDonald's food items which is still being manufactured.

The advent of the Internet has caused the employment of the Ronald McDonald statues in a variety of compromising poses. The most frequent one photographed is the seated figure.


The seated Ronald was manufactured by Dutchland Plastics Corporation, out of Ootsburg, Wisconsin, for Interior Systems (Fond du Lac, Wisconsin). The life-size statue has been in production since 1992. The mold design is a three-piece cast aluminum mold, but the manufacturer runs the part as a two-piece mold. The part has extensive undercuts. Through 1997, over 3,000 statues have been ordered since production began. The materials used include rigid PVC and HCFC blown urethane foam. Dutchland Plastics won The PVC Award (a trade award) in 1997 for their work.
Original versions needed to be retrofit to prevent to a child's head from becoming wedged between Ronald's legs. Source.

Ronald McDonald is a trademark of McDonald's Corporation. The fair use of the following photographs is for the editorial purpose of examining a sociological and psychological phenomenon that has made use of these normally corporate-aligned sculptures. Public outsider art has been created from seemingly harmless statues. 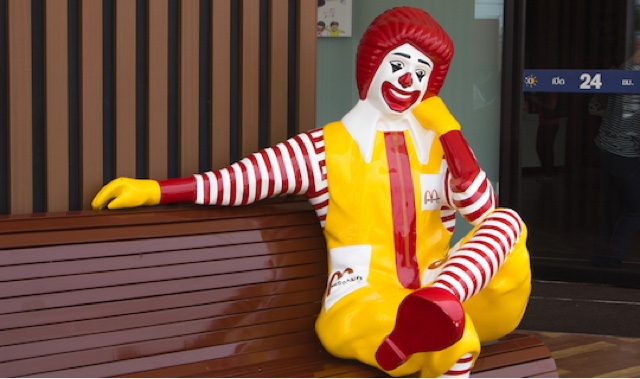 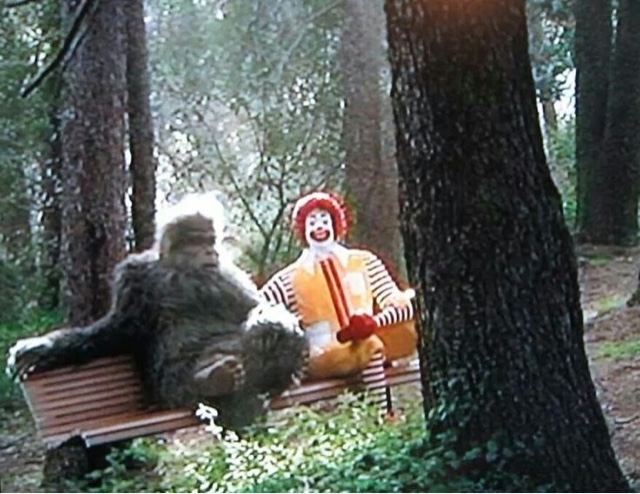 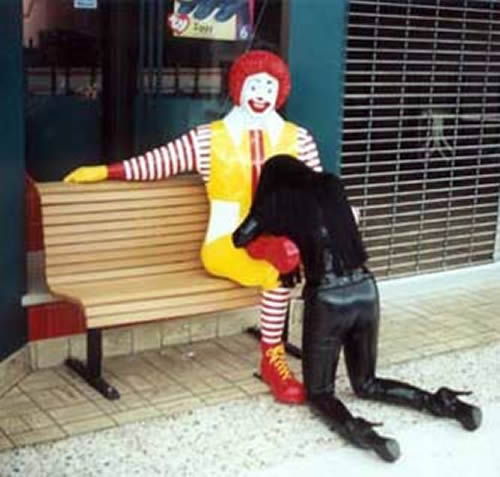 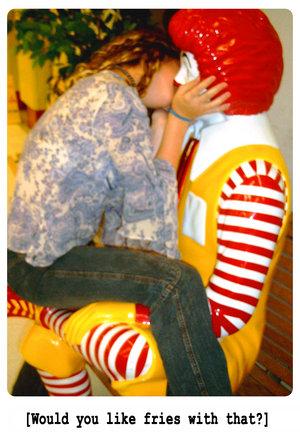 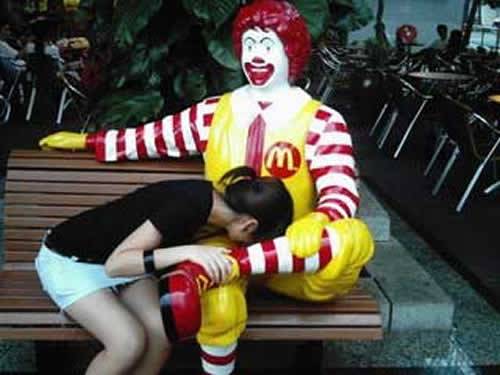 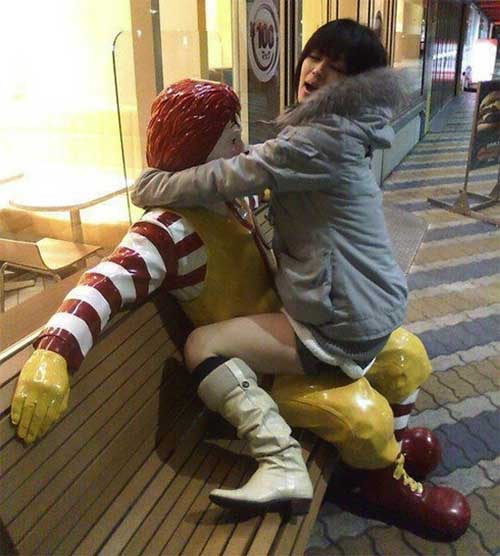 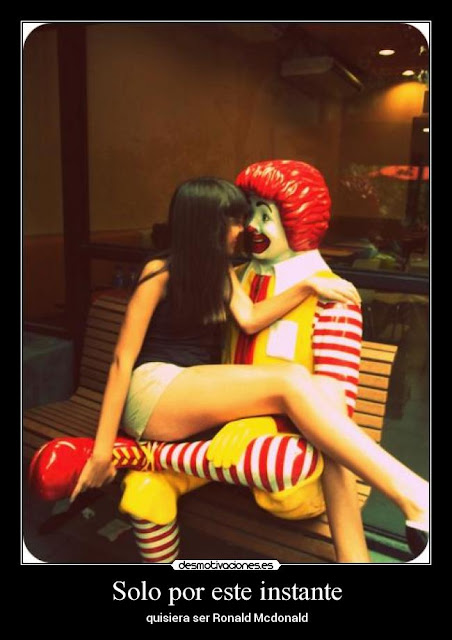 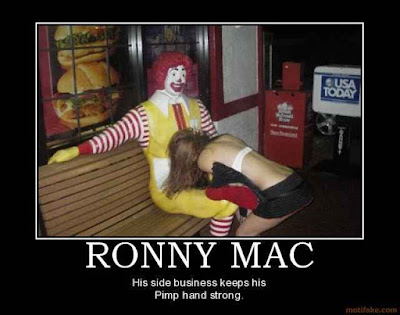 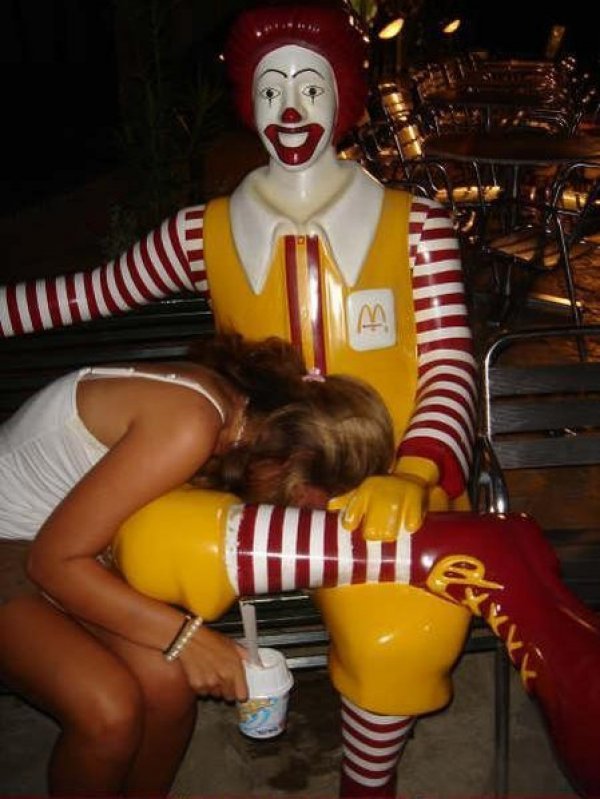 Of course, a satisfied Ronald McDonald appears in social media too. 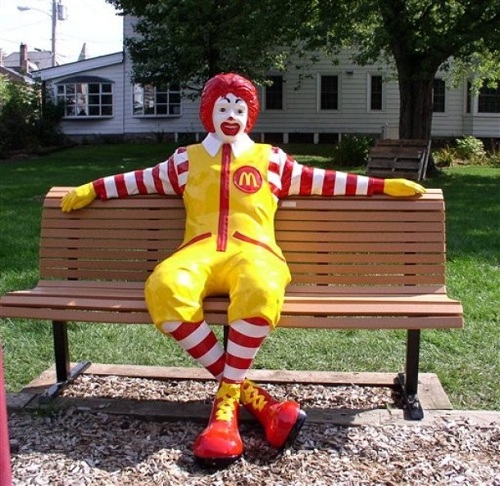 While, meanwhile, other statues have been used to frighten, as well, or mystify. 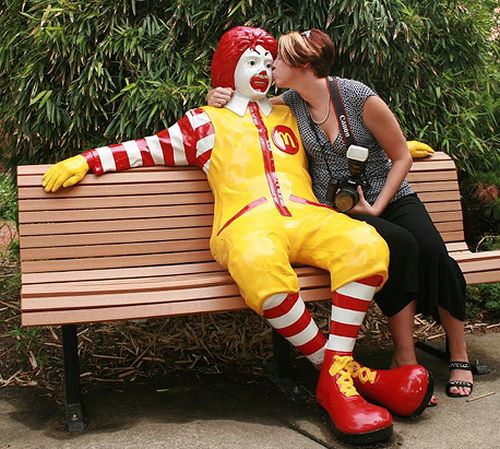 Then danger strikes and is punished. 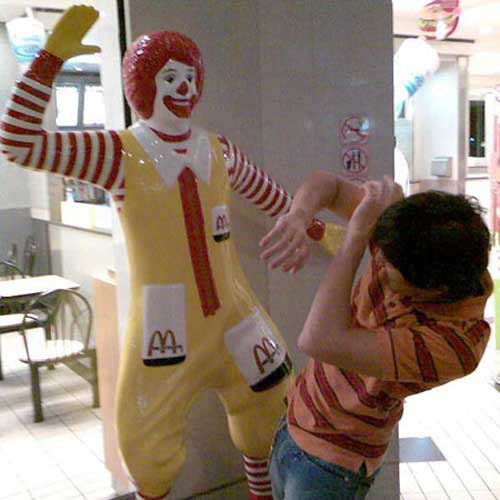 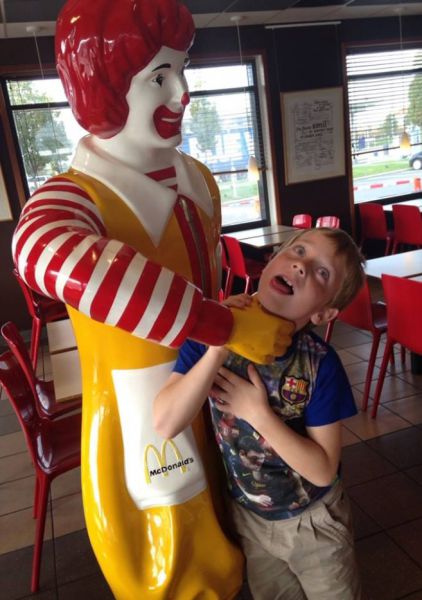 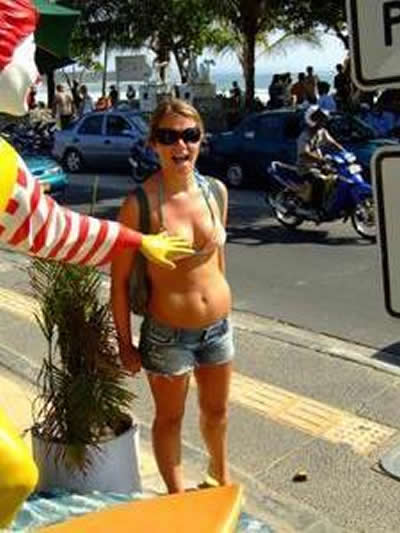 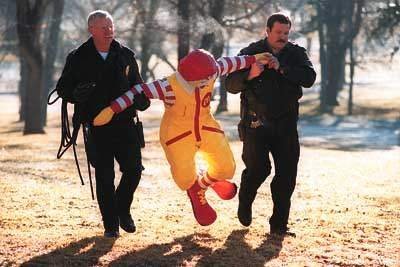 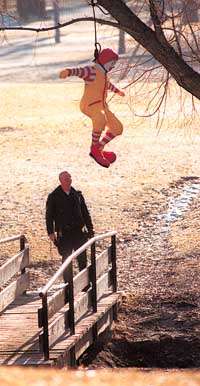