Trump buildings are extremely visible because President-to-be Donald Trump, during his empire-establishing career, loved to see his name on them.

This has now created real problems. And dangers.

My sympathies go out to various intelligence services (CIA, ONI, NSA) and the FBI. Due to the election of Donald Trump, immediately, very physical targets exist reflective of the new USA presidency, and by extension, America. The job of gathering Informaton on plots and protecting these buildings falls to the alphabet soup of this network and aligned law enforcement agencies.

The potential that any one of these flamboyant structures may be assaulted, by car bombs, hand-thrown bombs, or even fuel-heavy planes, has been heightened. 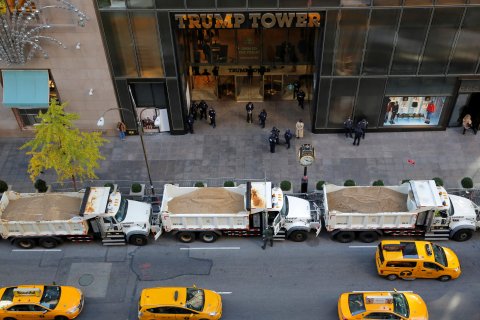 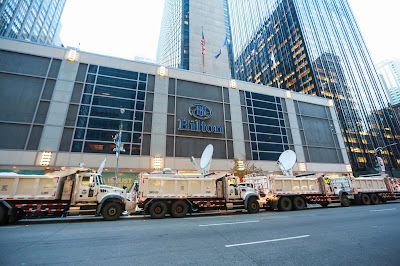 The new post-election, fortress America is certainly true at various Trump Towers in New York City. The possible most significant future bull's eye is being guarded from bombings with cement trucks, until the US Secret Service can fortify the building more permanently. The surprise victory of Trump on Election Day gave little time for a more thoughtful solution.

The use of the name "Trump" so widely and so openly, throughout the world, has caused a major security and political headache. This is especially true for individuals who do not want to be identified with the Trump name, but discover they live or work in just such a building.

Trump Tower is located at 725 5th Avenue. You can obtain your own replica of this building here.

Regarding the "Trump name game," on buildings, it has come to the fore rapidly that it is proving to be a challenge. On Wednesday, November 16, 2016, Donald Trump’s name will be permanently removed from a series of New York City buildings, "in an apparent repudiation of his divisive presidential campaign." 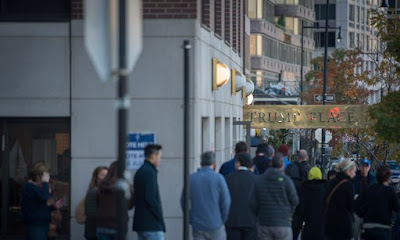 The name “Trump” has been displayed prominently on 140, 160 and 180 Trump Place, in Manhattan’s Upper West Side, for more than a decade. Trump developed the apartment buildings in the 1990s....
The move comes after hundreds of residents signed a “Dump the Trump name” petition calling for “Trump” to be removed from the buildings....
The apartment buildings will no longer use the address “Trump Place”, Equity Residential said, instead adopting the formal street address of Riverside Boulevard. Trump-branded doormats were removed from the buildings in the days before the presidential election.
Signs saying “Trump Place” – in large gold letters – will be removed from the three buildings on Wednesday.
Trump developed the apartments, between 59th Street and 71st Street on the west side of Manhattan, in partnership with investors from Hong Kong in the 1990s, according to the New York Times.
Seven buildings bear the Trump name. While some are managed by the Trump Organization, the three apartment buildings at 140, 160 and 180 Riverside Boulevard are now controlled by Equity Residential.
Trump’s home, Trump Tower, is located just a mile and a half east of Trump Place. Source.

There are other buildings that are tied to the Trump legacy.

Trump's son-in-law owns another high profile building - 666 Fifth Avenue in New York City. In December 2006, Tishman Speyer, along with the German investment firm TMW, announced the sale of the building to the Kushner Properties for $1.8 billion (about $2.2 billion real value), at the time the highest price ever paid for an individual building in Manhattan. Kushner Properties' owners are Charles Kushner and his son Jared Kushner. Jared is married to Ivanka Trump, the daughter of President-elect of the United States Donald Trump. 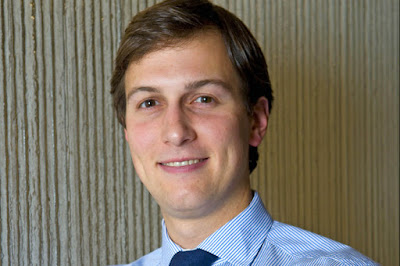 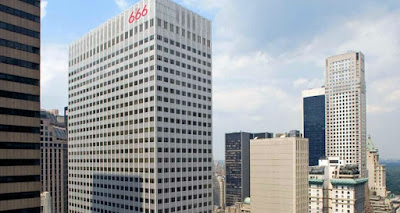 There are currently many sites around the world that may be in jeopardy, potential magnets for demonstrators or bombers, and thus new national security concerns.
Here are the top ten, as identified by Dezeen. 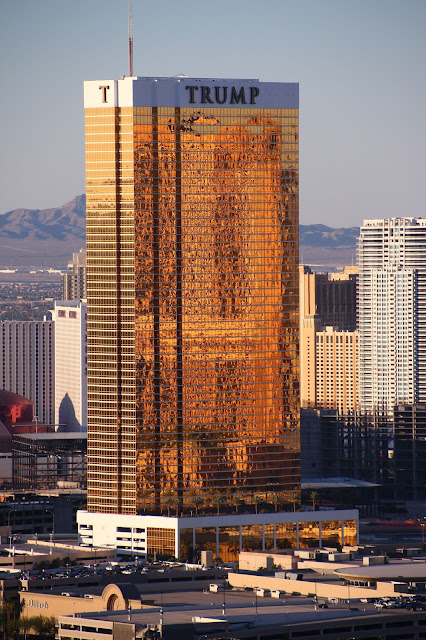 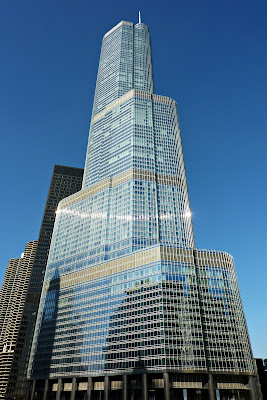 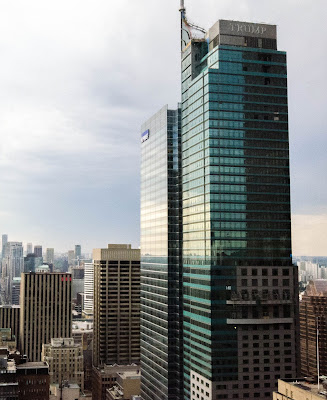 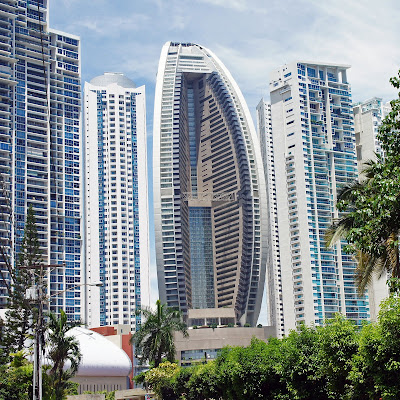 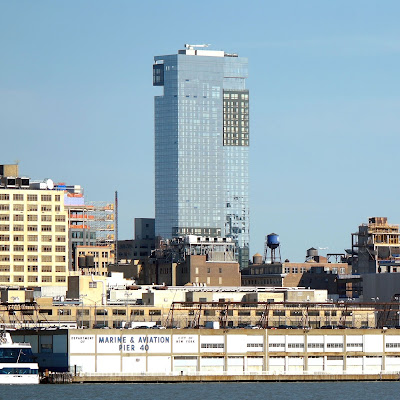 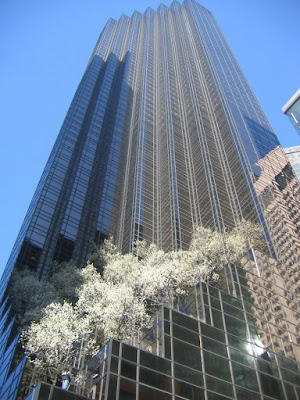 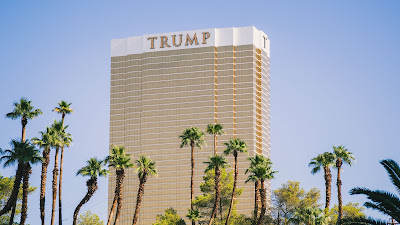 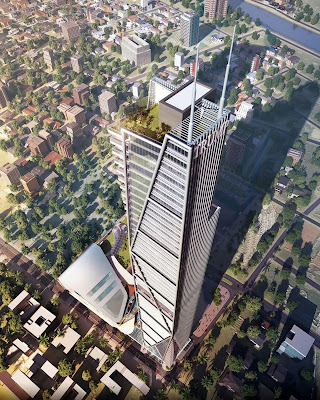 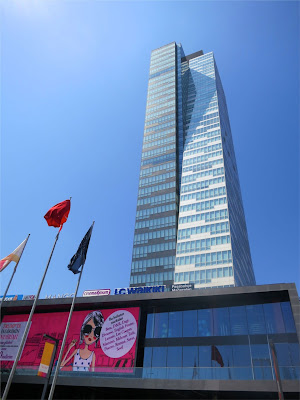 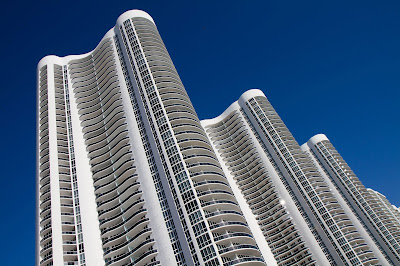 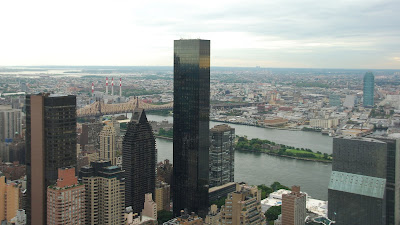 For more background info on these structures, see here.

For more on other Trump properties, see here. 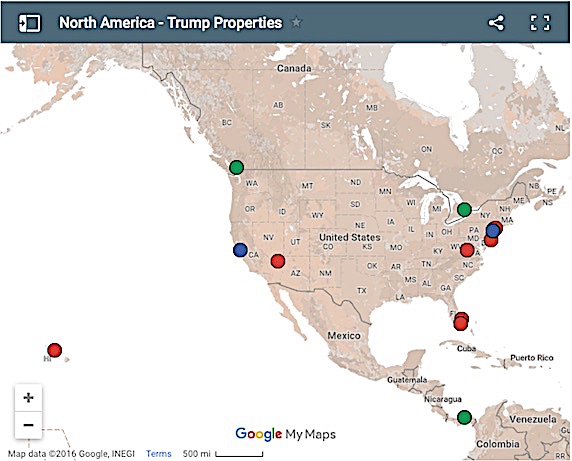 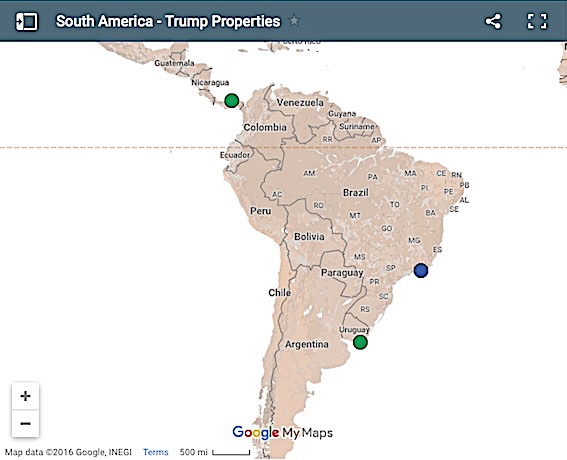 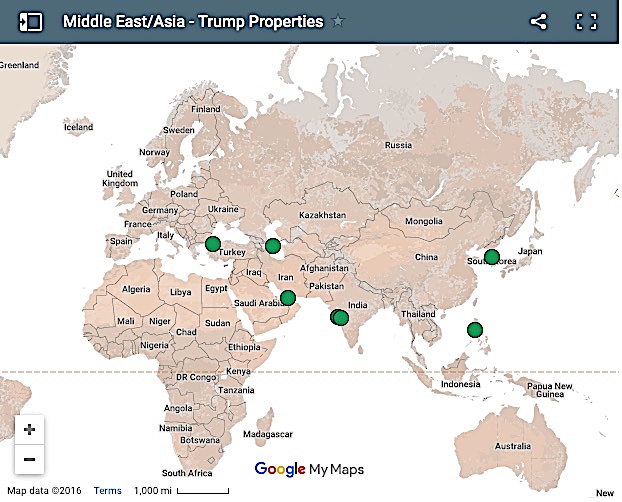 Source for these maps, "In Maps: Trump properties around the world," CTV News. 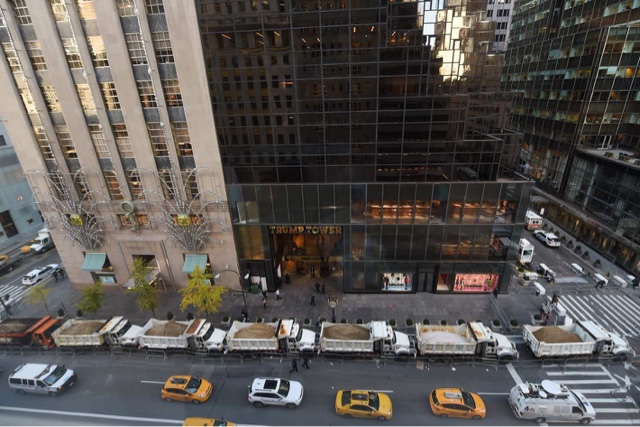 Curious, The Trump Organization, also manages both the CAROUSEL and SKATING RINK (s)
featured in THE CATCHER IN THE RYE.