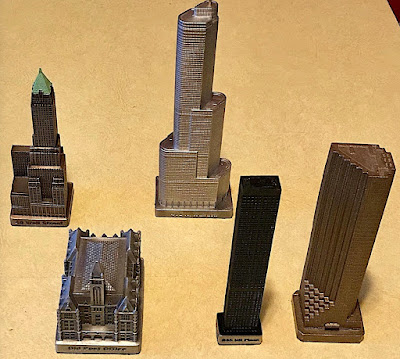 Being a member of the Souvenir Building Collectors Society, I assemble, gather, and organize small replicas of architectural structures.

Politics aside, I generally garner items based on spots I've visited, sites I've studied, and the historical significance I see attached to them. I do this without regard to my own political leanings, and find value in the events and names linked to specific locations.

The 45th President of the United States, Donald J. Trump, has many buildings named after him. I decided to collect the ones I could find available.

To gather these, I needed a baseline, and below is a list I developed from Wikipedia. I've added what I've collected, plus a few notes on the buildings' appearances in popular culture (films) and only a mention of one tied to Trump's political history:

Former Trump Entertainment Resorts
Trump Taj Mahal, a casino and hotel on the Atlantic City boardwalk (closed in 2016)
Trump Plaza Hotel and Casino, in Atlantic City. Initially a 50/50 partnership with Harrah's, then wholly owned by Trump since 1986. Closed on September 16, 2014.
This Atlantic City casino was the scene of a notorious baccarat session in May 1990, in which the Japanese high roller Akio Kashiwagi lost $10 million. The incident was later fictionalized in Martin Scorsese's film Casino.
Trump World's Fair at Trump Plaza in Atlantic City. Operated with its own casino license in a wing of Trump Plaza. Closed in 1999 and demolished in 2000.
Trump's Castle in Atlantic City (renamed Trump Marina in 1997), sold to Landry's, Inc. in 2011
Trump 29 Casino, in Coachella, California, now Spotlight 29 Casino. Former 50/50 partnership with the Twenty-Nine Palms Band of Mission Indians of California; Trump exited the business in 2006.
Trump Casino in Gary, Indiana, now the Majestic Star II. 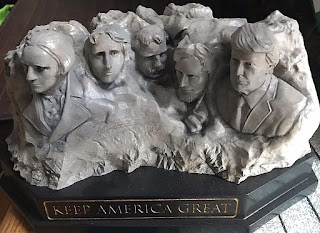 Replica Trump Buildings (I own the first five; building names are linked to InFocus Tech descriptions.)

In film fiction, Trump Tower served as the location for Wayne Enterprises in Christopher Nolan's The Dark Knight Rises (2012). The penthouse in Trump Tower was used as a filming location for the action film Self/less (2015). 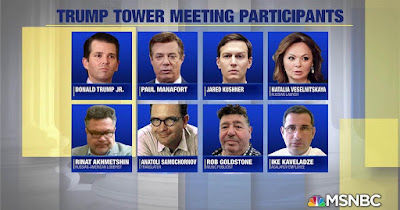 In political reality, the Trump Tower meeting took place on June 9, 2016 in New York City between three senior members of the 2016 Trump campaign – Donald Trump Jr., Jared Kushner, and Paul Manafort – and at least five other people, including Russian lawyer Natalia Veselnitskaya. Others may have been there. Originally it was said to be a meeting about Russian adoptions. It eventually was revealed to be about data leaks concerning Hillary Clinton’s emails. Source.

Trump World Tower is a residential condominium in Midtown Manhattan, New York City. The building was developed by Donald Trump and opened in 2001. The tower is located at 845 United Nations Plaza (First Avenue between 47th and 48th Streets, Manhattan). The building also featured heavily in the 2007 film Before the Devil Knows You're Dead.

The final confrontation scene between Batman and The Joker in the 2008 film The Dark Knight was shot at the construction site of the then partially completed tower. The tower was also one of the key locations filmed in Chicago for the 2011 film Transformers: Dark of the Moon. 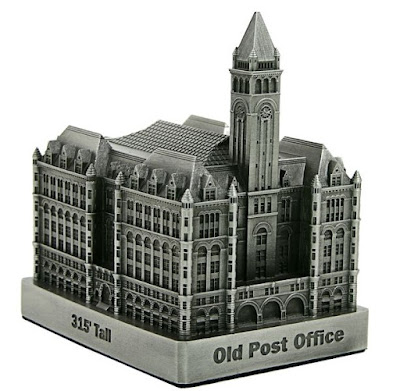 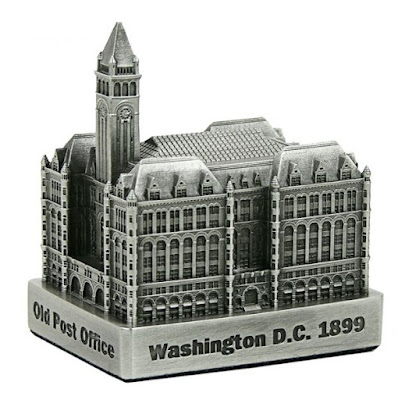 The United States Information Agency often used it as a backdrop for propaganda films to be shown in foreign countries. In one instance, a portion of a film about Soviet dissident Alexander Solzhenitsyn was taped in the tower.

(These all are cast metal miniatures by InFocusTech, created by Mike Merwine. The links above go to more information on each replica.)


Joseph Kopitz of the SBCS has also written of having another Trump replica (and shared this image): 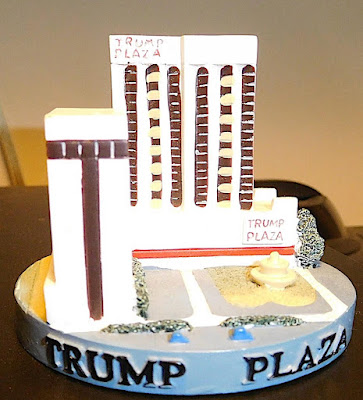 
======
Other selections you may wish to read at this blog on similar topics: 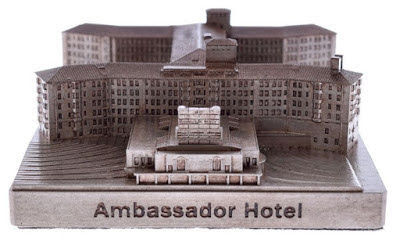 I have written about other building souvenirs on Twilight Language, in the following essays: 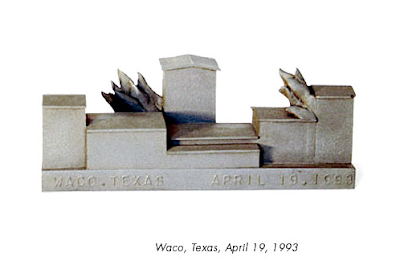 "The Boyms and Beyond: Collecting Disaster Buildings," February 1, 2018; 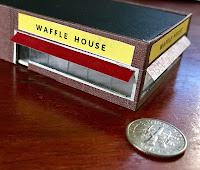 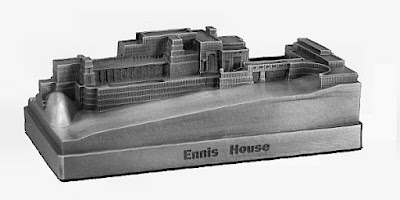 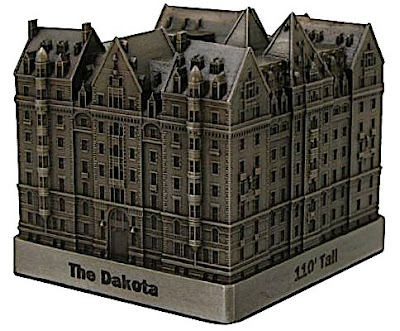