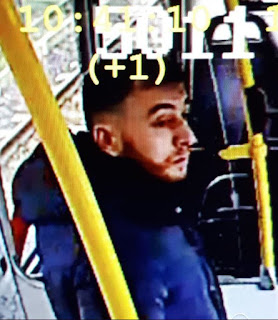 On Monday, March 18, 2019, a suspected Turkish-born terrorist killed three tram passengers and injured five others in Utrecht, the Netherlands.

The alleged man-of-interest has been identified by the Utrecht Police as Gokmen Tanis, 37. 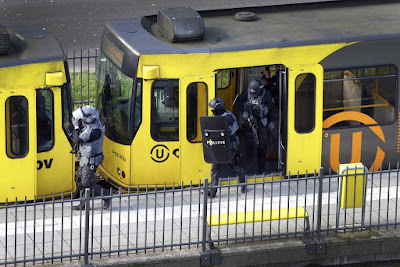 Local news media quoted witnesses who said there were multiple gunmen involved in the shooting, which took place at 24 October Square, but the police did not comment on the number of attackers.

The attack took place in the Kanaleneiland neighborhood, which is home to a large Muslim community, largely Moroccan and Turkish. It was not clear whether that influenced the decision of the gunman to open fire when and where he did.

The historical significant of "October 24" in Utrecht does relate to the fact the United Nations was established on October 24, 1945. Theo Paijmans mentions that one of the streets leading to the square is named Weg der Verenigde Naties (Street of the United Nations).

The story of this being a terrorist is falling apart, or at least convoluted.

Some news accounts are mentioning that Gokmen Tanis has a long history of previous charges, including recent ones of rape and manslaughter. This specific incident involved his targeting a relative (his sister-in-law?) and then shooting three nearby individuals dead.

One Turkish BBC journalist claims that Tanis fought in Chechnya, and another said he shouted "Allah is great!"

Other reports continue to indicate there may have been more than one gunman.

Late in the day, Tanis was arrested.

i.e. this is like a boomerang from the Australian guy attack in NZ.

Been reading your work on Red Dawn, very interesting. There may be a connection here. There was a feminist terrorist group in the 60's called "Rote Zora". "Rote" means red in german and "Zora" is of Slavic origin and means dawn. The organisation took their name from a character called Rote Zora in a book called "The Outsiders of Uskoken Castle".
Utrecht etymology, from Old Dutch uut (“outside”) + Latin Traiectum, the name of the original Roman fort which the city was built around.
I wonder if you are familiar of this connection of Red Dawn to Rote Zora and what you make of it.