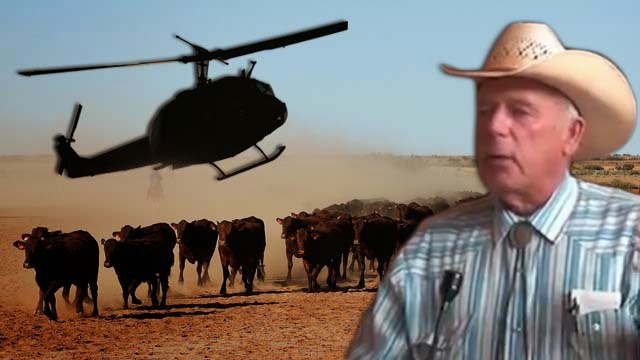 In 2014, the moniker "Bundy" is linked to events reminding many of Ruby Ridge, Waco, and other similar situations. The Bundy Standoff (also known as the Bundy Ranch Standoff and the Siege of Bundy Ranch) is an ongoing standoff between the United States Bureau of Land Management and cattle farmer Cliven Bundy. The standoff originated when the BLM accused Bundy of herding cattle which threatened the desert tortoise. 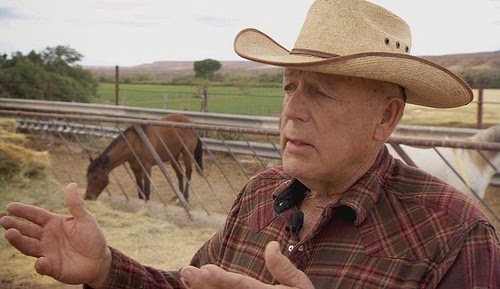 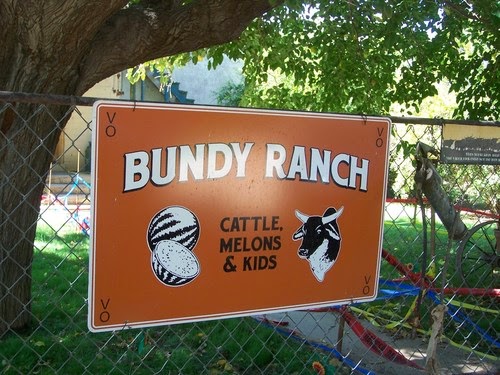 Reports of black helicopters being used to herd Bundy cattle to be caught and killed by the BLM has further incited anger in the Old West, and raised fears of government conspiracy and mistreatment. The BLM has designated "First Amendment areas," deemed as the only place where protesters (in support of Bundy) are allowed to exercise their First Amendment rights.

It will be recalled that the Waco Siege (also known as the Waco Massacre) was a standoff and assault of a compound belonging to the religious group Branch Davidians by American federal and Texas state law enforcement and military between February 28 and April 19, 1993.

Four ATF agents and six Branch Davidians killed in initial raid. A 51-day siege ensued, ending with an FBI assault during which the compound burned down, killing 76 people, including many children, inside, including David Koresh. Eleven people who left the compound were arrested.

As a direct result of the events at Waco were cited as the primary motivation for the perpetrators of the Oklahoma City bombing that took place exactly two years later in 1995.

Timothy McVeigh cited the Waco incident as a primary motivation for the Oklahoma City bombing, his April 19, 1995 truck bomb attack that destroyed the Alfred P. Murrah Federal Building, a U.S. government office complex in downtown Oklahoma City, and destroyed or damaged numerous other buildings in the vicinity. The attack claimed 168 lives (including 19 children under the age of 6) and left over 600 injured in the deadliest act of terrorism on U.S. soil prior to the September 11 attacks, and as of 2014 it remains the deadliest act of domestic terrorism in American history.

The Murrah building had been previously targeted in October 1983 by white supremacist group The Covenant, The Sword, and the Arm of the Lord, including founder James Ellison and Richard Snell. The group had plotted to park "a van or trailer in front of the Federal Building and blow it up with rockets detonated by a timer." After Snell's appeal for murdering two people in unrelated cases was denied, he was executed the same day as the Murrah bombing. Richard Wayne Snell (May 21, 1930 – April 19, 1995) watched the television reports of the Murrah Building bombing before he was put to death in Arkansas.

In his last words before being executed, Snell addressed then-Governor Jim Guy Tucker:


Governor Tucker, look over your shoulder; justice is coming. I wouldn't trade places with you or any of your cronies. Hell has victories. I am at peace.

Other events sharing the date of fire at Mt. Carmel have been mentioned in discussions of the Waco siege. The April 20, 1999, Columbine High School massacre might have been timed to mark either an anniversary of the FBI's assault at Waco or Adolf Hitler's birthday. Some of the connections appear coincidental. April 19 was the date from the American Revolution's opening battles ("the shot heard round the world") and was also the date of the opening of the siege on the CSAL group in Arkansas in 1985. On April 17, 2013, a fertilizer plant exploded at West near Waco, two days after the Boston Marathon bombings that some speculatively connected to an upcoming 20th anniversary of the Waco incident of 1993, as well as to an anniversary of the Virginia Tech massacre of April 16, 2007.

The Siege of Ruby Ridge has been cited as a precursor to what may be unfolding at the Bundy Ranch standoff. Ruby Ridge was the site of a deadly confrontation and siege in northern Idaho between August 21 – August 31, 1992 against Randy Weaver, his family and his friend Kevin Harris by agents of the United States Marshals Service (USMS) and Federal Bureau of Investigation (FBI). It resulted in the death of Weaver's son Sammy, his wife Vicki, and Deputy U.S. Marshal William Francis Degan. 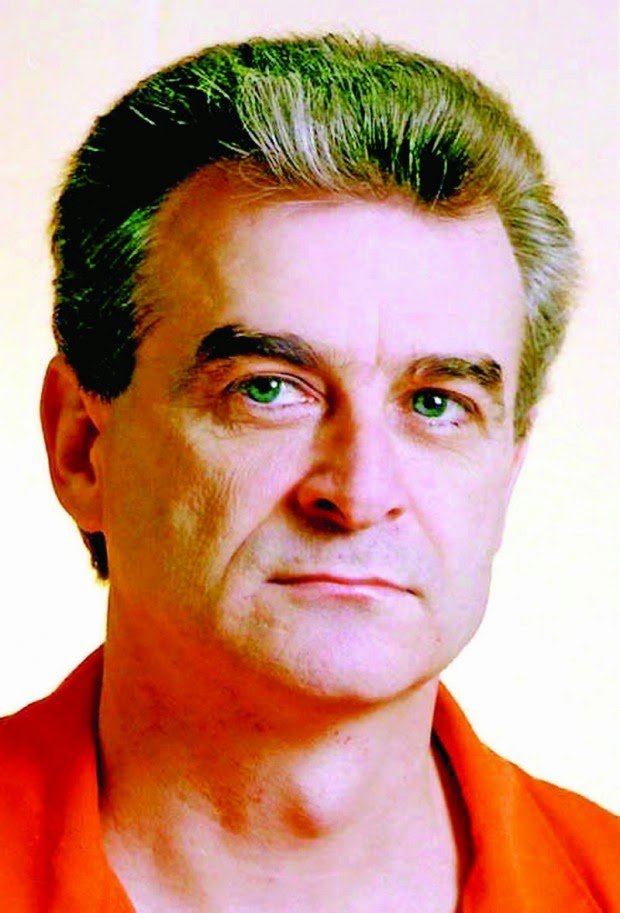 It appears an April encounter with a helicopter was behind why people were killed at Ruby Ridge. Following an April 18, 1992 fly-over by a helicopter for the Geraldo Rivera "Now It Can Be Told" TV show, US Marshal Service HQ received media reports that Weaver had fired on the helicopter. That day in Idaho, a US Marshals team was installing surveillance cameras overlooking the Weaver property at the time of the fly-over. The field report for April 18, 1992 filed by Marshal W. Warren Mays reported seeing a helicopter near the Weaver property, but not hearing any shots fired.

Weaver then granted an interview with a newspaper reporter in which he, family and friends present that day denied firing on the helicopter. The helicopter pilot Richard Weiss eventually gave FBI FD-302 interviews denying that Weaver fired on his helicopter.

The media reports that Weaver had fired on the Rivera helicopter became part of the justification later cited by USMS Wayne "Duke" Smith and FBI HRT Commander Richard Rogers in drawing up the Ruby Ridge Rules of Engagement on August 21–22, 1992. Also, in spite of Richard Weiss' repeated denials that shots had been fired at his helicopter, US Attorney Ron Howen would charge that, as Overt Act 32 of the Weaver's Conspiracy Against the Federal Government, Randy, Vicki and Harris fired two shots at the Rivera helicopter. 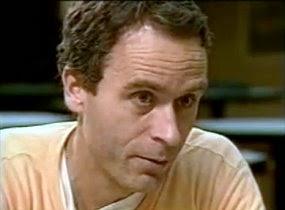 The quick meaning of the name Bundy is "free."

A little more digging shows links to the fate of Cliven Bundy:


Bundy: This interesting surname, of Anglo-Saxon origin, with variant spellings Bownd, Bownde, Bounde, was at first a status surname for a peasant farmer or husbandman. The derivation is from the Olde English pre 7th Century "bonda, bunda", reinforced by the Old Norse "bonde, bondi", in Middle English, "bonde". The ultimate derivation is disputed; it may be connected with the Olde English "buan", to dwell, hence "buende", a dweller, but is thought more likely to be from "bindan", to bind. It was originally used to signify a farmer holding lands from and bound by loyalty to a lord, and hence a free landowner. After the Norman Conquest the name became associated with the idea of bound servitude. Source.

Ted Bundy's birth name is ' Cowell'. Some etymologies claim that it comes from ' Cow Hill'.

Also the ubiquitous Simon Cowell as a mainstream media link.

Bunda in Czech means 'a jacket'