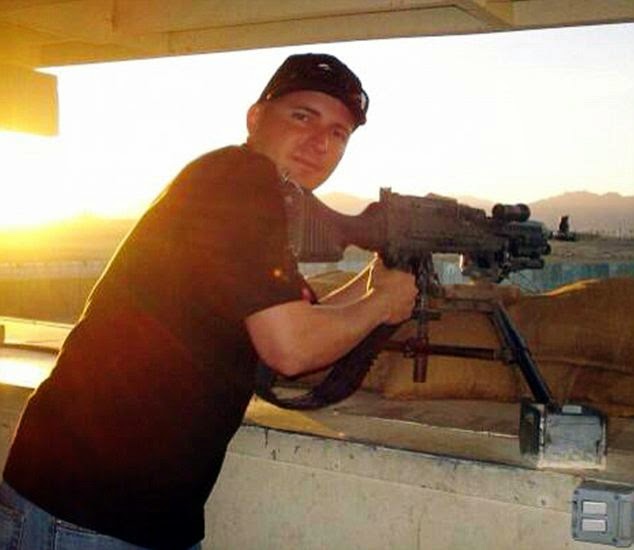 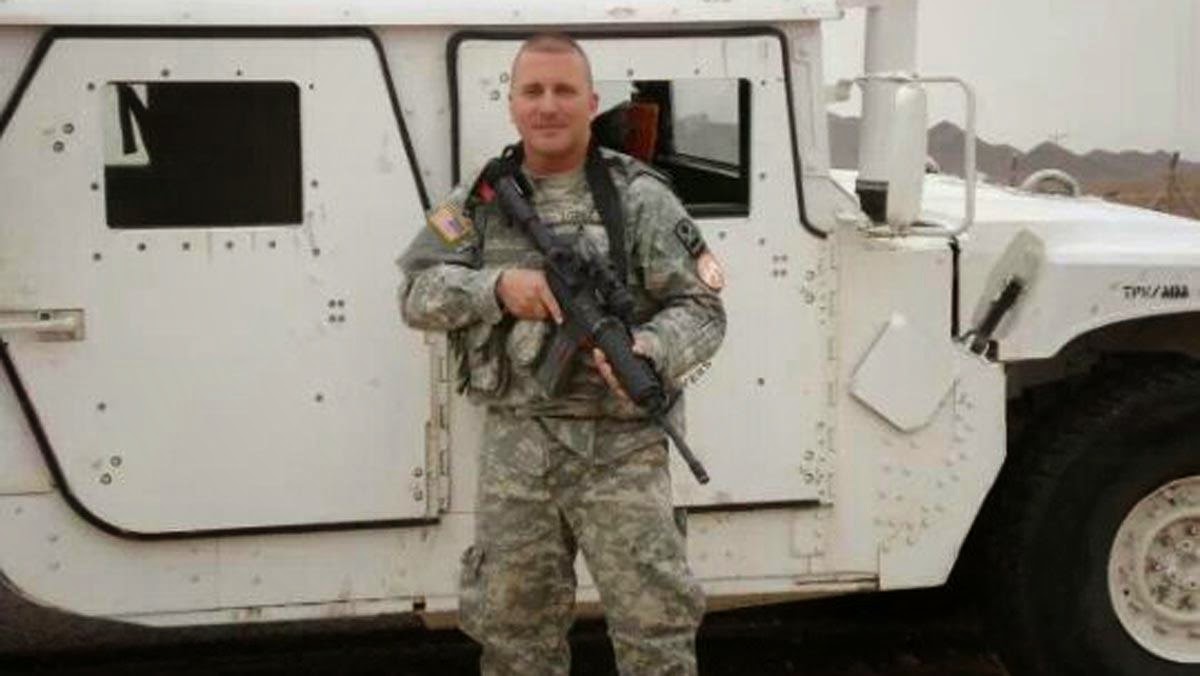 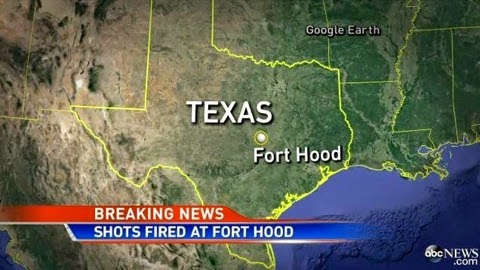 Mass shootings sometimes repeat in the same locations. Fort Hood, in Killeen, Texas, was the site of a mass shooting on November 5, 2009, when Army psychiatrist Major Nidal Hasan killed 13 people. Now there is early news of another multiple shooting at Fort Hood. (See my posting on the 2009 event, here.)

On April 2, 2014, four people were killed, including the gunman, in a shooting at Fort Hood in Texas, according to law enforcement officials, senior U.S. officials and the chairman of the House Homeland Security Committee.

The committee chairman, Rep. Michael McCaul, R-Texas, told CNN he had been briefed on the deadly incident and said there were also 14 injuries. At least two of the injured had multiple gunshot wounds, a hospital spokesman said.

Indications are that the shooter died by suicide. An initial report indicates the shooting incident started as a soldier-on-soldier attack.

A U.S. military official said the shooter was an enlisted soldier named Ivan Lopez, who is dead. He was a 34-year-old Specialist, who was known to have driven trucks.

The Iraq War veteran, suffering from PTSD, Ivan Lopez was initially angry that he was not given permission to attend his mother’s funeral, but had been given a 24-hour pass to attend. A friend said Lopez mentioned he had an argument with someone at the base prior to the shootings. 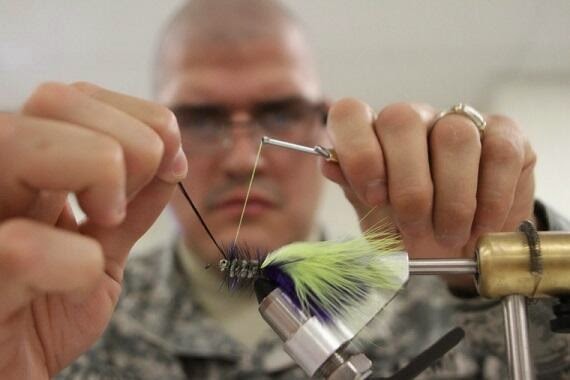 President Obama said his national security team was "working with folks on the ground to determine exactly what happened and to ensure that everyone is secure."

"The situation is fluid right now. ... Any shooting is troubling," the president said. "We're heartbroken that something like this might have happened again. I don't what on the comment on facts until we know exactly what happened. But just for now I would hope that everyone across the country keep the families of Fort Hood in our thoughts and our prayers. ... We don't yet know what happened tonight but obviously that sense of safety has been broken once again." 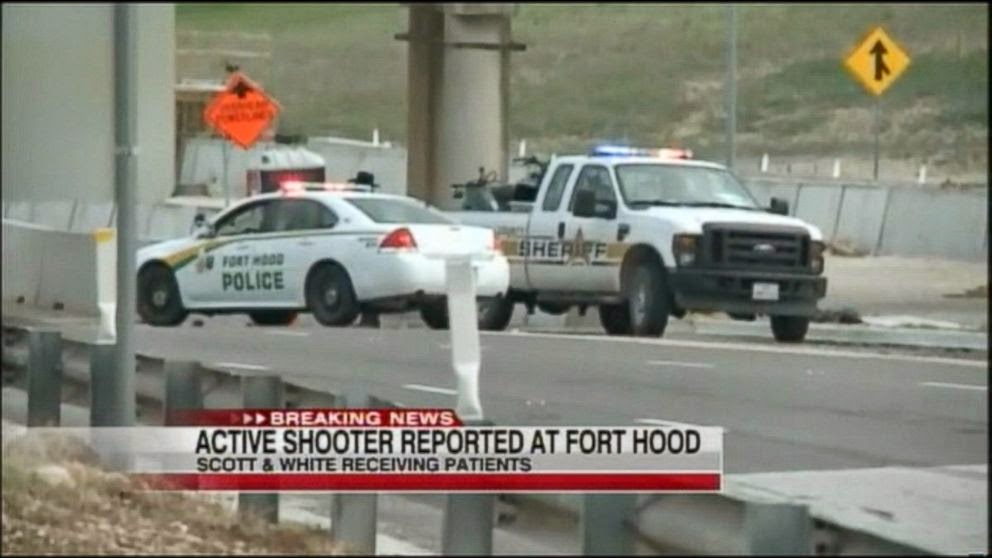 Ivan means "Gift from God," or is seen as a variant of John, also "Yahweh is merciful."

López is a surname of Spanish origin. It was originally a patronymic, meaning Son of Lope, Lope itself being a Spanish given name deriving from Latin lupus, meaning wolf.

Fort Hood is located halfway between Austin and Waco, about 60 miles from each other, within the U.S. state of Texas. Waco in April has certainly been the apex of violence, of course.

After the 2009 shooting, during Hasan's trial, he called himself a "mujahedeen," or Muslim holy warrior. Hasan did not deny he was the shooter. He was convicted and received the death penalty in August 2013.

Lopez reportedly bought his weapon on March 1 at the Guns Galore store in Killeen, Texas — the same shop where Major Nidal Hasan bought the gun used in his 2009 killing spree.
Posted by Loren Coleman at 9:43 PM

Convenient timing, considering "Ivan" is a common pejorative for Russian. Also, the soon release of Captain America: The Winter Soldier.

Not only is this a repeated location of a mass shooting, it is a repeated date. 4/2/12 Oikos University in California, a Korean man kills 7 and injures 3. April's dark period of time is fast approaching...

The man who killed three people and wounded 16 others before committing suicide at Fort Hood reportedly purchased his killing weapon at the same gun store where the first Fort Hood shooter bought his.

Talking Points Memo points out that, in 2009, Fort Hood killer Nidal Malik Hasan purchased his firearm at the same store. He used the tactical pistol to kill 13 people.

This morning I was reading T.S. Eliot's "The Wasteland" after a comment on the Merovee blog mentioned it in reference to the missing plane MH370. The poem begins with the line "April is the cruelest month...". In a later section entitled "What the Thunder Said" (commonly interpreted to be about judgement) Eliot writes of a person in a HOOD whom he associates with The Hanged Man in the Tarot card deck.

Eliot also mentions "hooded hordes" of people "walking round in a ring". To me this indicates a group (humanity) being trapped in some repetitive cycle of trauma and tragedy as represented by the alleged mental illness of the Fort Hood shooter from which we must all break free.