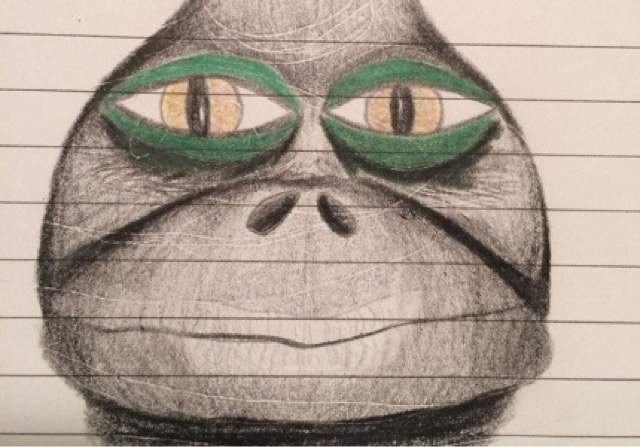 Do you recall that on March 8, 2016, almost a year ago to the day, Kyle Andrew Odom jumped the White House fence to warn the President about Martians? 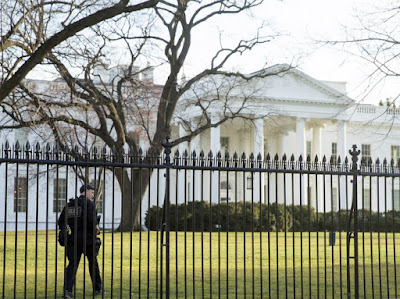 The intruder had a backpack, containing mace and a letter for President Trump. He made it onto the grounds of the White House. The man was taken into custody without incident.
He wanted to deliver a message.

The Secret Service says Jonathan Tuan Tran, 26, of Milpitas, California scaled the outer perimeter fence of the White House grounds, and was stopped by an officer close to the South Portico entrance to the White House.

The officer reported Tuan Tran (Vietnamese names are usually given in two parts) said "I am a friend of the President. I have an appointment."

In a criminal complaint filed in U.S. District Court, the Secret Service says Tuan Tran was carrying two cans of mace, along with a U.S. Passport, an Apple laptop computer, a book written by President Trump, and a letter he had written to the president.

The complaint said that in the letter, "Tran mentioned 'Russian hackers,' and said he had information of relevance. Tran alleged he had been 'followed,' that his 'phone and email communications [had been] read by third parties,' and that he had 'been called schizophrenic.'"

The last major security breach at the White House was in 2014, when a man with a knife got through the front doors, overpowered a guard and ran across the first floor before being tackled. That and other security breaches led to the resignation of then-Secret Service director Julia Pierson.

On this blog, I have tracked other White House fence jumpers that have come between now & 2014: 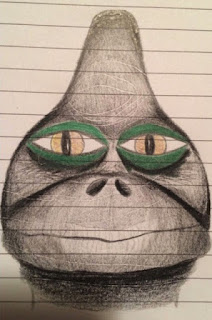 In one notable instance in 2014, 42-year-old Omar Gonzales, of Copperas Cove, Texas, made it through the north portico doors with a three-and-a-half-inch folding knife in his pants pocket, according to the Secret Service. Gonzalez was apprehended just after making it inside the doors, the Secret Service said. The first family was not at the White House at the time.
In another, the Secret Service apprehended Joseph Caputo, of Stamford, Connecticut, on the North Lawn after he scaled the fence wearing an American flag-like cape while the first family was inside the residence celebrating Thanksgiving in 2015.
Other incidents of trespassing include:
A man tossed a backpack over the north fence in April 2016 before jumping over himself, where he was arrested.
In April 2015, Jerome R. Hunt, of Hayward, California, climbed the fence on the south side of the White House complex while carrying a suspicious package, later deemed harmless, and was cornered by security dogs.
Dominic Adesanya, 23, of Bel Air, Maryland, barely made it onto the lawn in October 2014 before he was subdued as he fought off two police dogs, the Secret Service said. Adesanya, who suffers from mental health problems, had been arrested in a previous White House breach, his father said.
In April 2014 a man wearing a hat of the Pokemon character Pikachu made it over the White House fence and onto the north lawn, where he was apprehended, the Daily News reported. Source.

Interesting insights on this one, Loren. I am also reminded of Matthias Rust's flight from Germany to Red Square in Moscow nearly 30 years ago. It was the teenager's attempt at a "peace mission" amidst the Cold War.
https://www.theguardian.com/world/2012/may/14/german-red-square-cold-war

Why is it the drawing of the alien seems to mimic the meme of Pepe the frog?!