Active Shooter or Training Exercise At Wright-Patterson? Aliens Behind It? 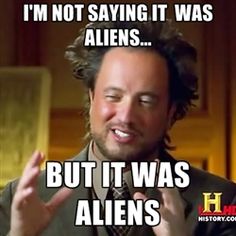 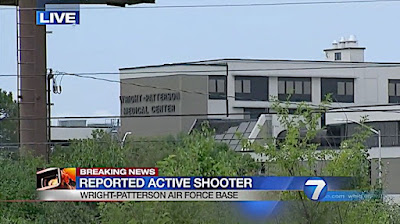 There were reports of an active shooter at Wright-Patterson Air Force Base at the base hospital, according to an alert sent to base personnel. Or was there? 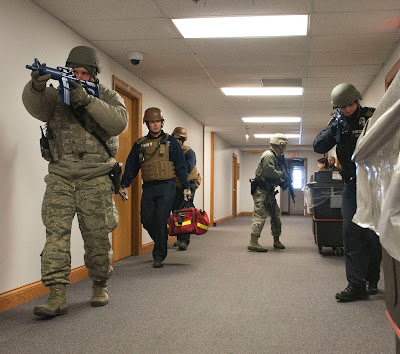 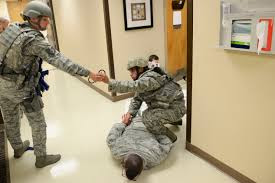 WHIOTV7 says the incident began with a training exercise in which something went badly wrong. Was this merely a miscommunicated discharge of a sound like a firearm during a training event?

Reports at first noted that someone was barricaded inside the hospital, according to emergency dispatch traffic.

“Emergency responders are enroute. All WPAFB Gates are Closed. All personnel take cover. Limit all communication to emergency use only,” according to the alert.

“At approximately 12:40 p.m. today our base emergency responders which included security forces and fire department personnel reported to an incident in building 830, which is the Wright-Patterson hospital. No additional details are available at this time and info will be released as it becomes available,” said Marie Vanover, director of public affairs at Wright Patt.

The base was scheduled to hold quarterly basewide exercises from July 30 to Aug. 3, however it’s unclear what role that could be playing in this afternoon’s incident. 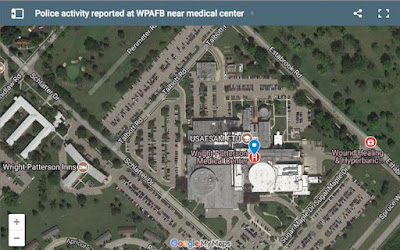 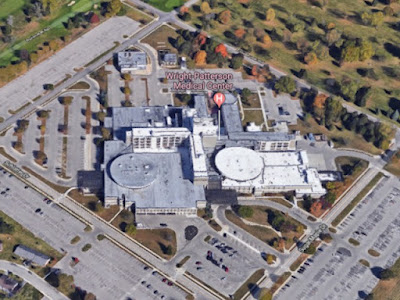 The FBI and ATF, around 2 pm Eastern, have told local law enforcement to remove themselves. The federal authorities were taken over. 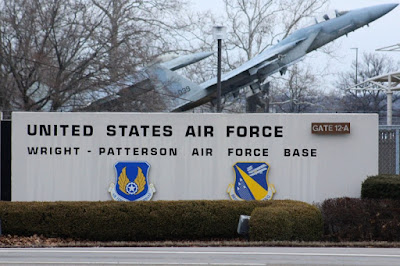 Media have been using Gate 12-A and 1 to attempt to access more info.

Reports from the 4th floor of the hospital (the psychiatric ward?) has a hostage situation.

By the day's end, statements were being released that this event was all only a misunderstanding, a locked door, and a firearm used to attempt to break down a door. No shooter. No hostages. Another training exercise that became the problem. 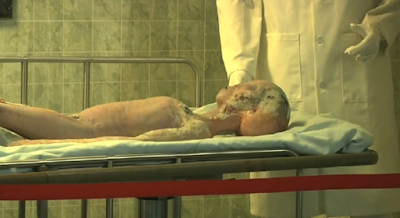 Wright-Patterson Air Force Base (WPAFB) has traditionally been strongly associated with UFO studies and rumors of alien bodies being stored there.

Project Sign (Project Grudge in 1949, Project Blue Book in March 1952) was WPAFB's T-2 Intelligence investigations of unidentified flying objects (UFO) reports that began in July 1947. In 1951, the Air Technical Intelligence Center (ATIC) began analysis of crashed Soviet aircraft from the Korean war. In March 1952, ATIC established an Aerial Phenomena Group to study reported UFO sightings, including those in Washington, DC, in 1952. By 1969 the Foreign Technology Division (FTD) and its predecessor organizations had studied 12,618 reported sightings: 701 remained unexplained when the Air Force closed its UFO investigations, and a 1968 report concluded that "there seems to be no reason to attribute [the unexplained sightings] to an extraterrestrial source without much more convincing evidence." FTD sent all of its case files to the USAF Historical Research Center, which transferred them in 1976 to the National Archives and Records Service in Washington, DC, which became the permanent repository of the Project Sign/Grudge/Blue Book records. In a 1988 interview, Senator Barry Goldwater claimed he had asked Gen. Curtis LeMay for access to a secret UFO room at WPAFB and an angry LeMay said, "Not only can't you get into it but don't you ever mention it to me again." 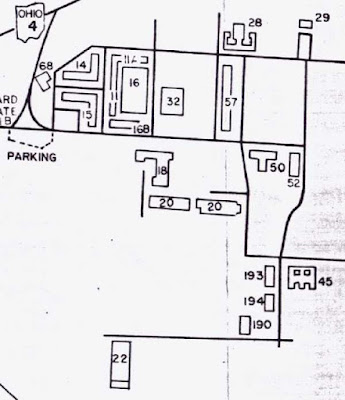 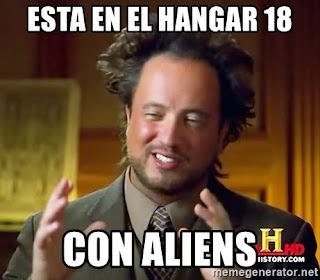 A focus has been on WPAFB's Hangar 18 as the storage area for recovered aliens from UFO crashes. A list of UFO crash/retrievals included two separate incidents near the Roswell region in 1947, and another in 1949, which resulted in the capture of a live extraterrestrial that was taken to Los Alamos National Laboratories. Apparently, the being was held captive before it died of unknown causes in 1952. Other crashes listed included Aztec, New Mexico; Kingman, Arizona; and Loredo, Texas. 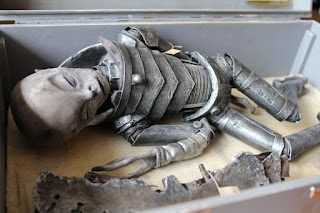 Posted by Loren Coleman at 3:01 PM