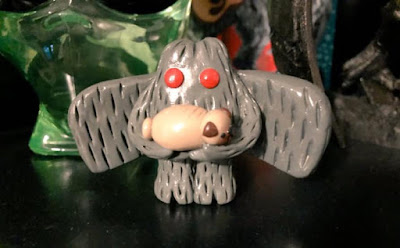 Mothman and a pug? 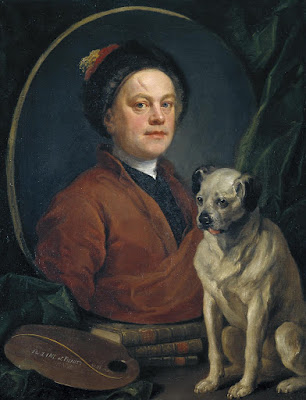 This included the remarkable realization that an earlier admirer or perhaps member of the Order, painter William Hogarth (November 10, 1697 - October 26, 1764), began a self-portrait in 1735, entitled Painter and his Pug. Finished in 1745, it shows Hogarth and his pug, named Trump.

The modern "members" of the "Order of the Pug," as noted earlier, have included more than high-born artists, kings and queens. "Today the aristocracy is not about monarchs, entitled rulers, or even political world leaders, as much as in the past. The elite currently is made up of celebrities of show business, sports, and music, the global point people of the world of entertainment."

"Perhaps the Order of the Pug still exists, a variant on the rock and roll Illuminati that is the theme of so many conspiracy postings across the Internet," I wrote in August 2017.

The awareness of such a reality is often subtly revealed in publicity photographs or covert mentions in obituaries. 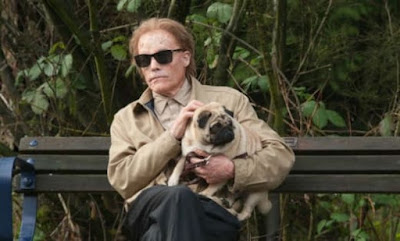 For example, take the checkered career of Michael Massee, seen above in this publicity shot for Fringe, with a pug during his bizarre role of Anson Carr. Massee died October 20, 2016, at 64, from stomach cancer.

Massee is forever remembered for his 1993 role, where he portrayed the character Funboy in the film The Crow, starring Brandon Lee. Massee was the actor who fired the shot that killed Lee by accident on the set in 1993, due to an improperly prepared prop gun. He was so traumatized by the event that he returned to New York and took a year off from acting and never saw the film. In an interview in 2005, 12 years after the incident, Massee revealed that he still had nightmares about it, going on to say, "I don't think you ever get over something like that."

In one of those annoying click-bait articles, "20 Celebs Supposedly Sacrificed by the Illuminati," actor #15 is Brandon Lee.

If we are going to travel down this rabbit hole, we might as well continue.

Saved by the Bell

Did you hear that Saved by the Bell is nothing more than an Illuminati fantasy via a dream in Zack Morris' head?

"Each Saved by the Bell episode begins with a theme song that tells us what is literally happening in the real world in the time between episodes. Zack is riding low in his chair, not liking how he looks in the mirror and generally eating shit like any other high school student. Then the song’s chorus (and the title of the show) releases him to the fantasy world that both he and the show’s audience like so much better than real school: the infinite dream world of Bayside High. That dream world constitutes every episodes of Saved by the Bell, and it only exists in the mind of some awkward, pimply faced version of Zack Morris who can’t catch a break."

"It explains the show better than the claim that we’re watching any sort of real experience in high school. Shouldn’t be too surprising since this show was an offshoot of the Illuminati-riddled Disney company who originally called it Good Morning, Miss Bliss (which was at JFK High School originally; begging to be tied to conspiracy theories…)."

An image of "Mark Paul Walker."

"The main character, Zack Morris graduates with an SAT score of 1502 (considered average), and then gets accepted to none other than Yale University; home of the Illuminati secret society Skull & Bones. Some claim that he wouldn’t have been able to get into Yale with that low of an SAT score. Mark-Paul Gosselaar plays Zack Morris, and some theorists claim that he and Paul Walker are one and the same. Not so obscure if you consider that Paul Walker was in the Skull & Bones in his film The Skulls, as discussed in [the author's] post about the Paul Walker death conspiracy theories."

And who turns out to be the author of Saved by the Bell? 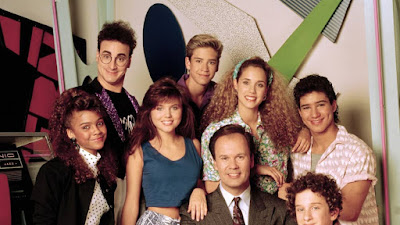 The successful television series Saved by the Bell creator Sam Bobrick, 87, died on October 11, 2019, after suffering a stroke. He was 87. The screenwriter was also know for scripts for Captain Kangaroo, The Andy Griffith Show, Bewitched, The Flintstones, Get Smart, The Kraft Music Hall, and The Smothers Brothers Comedy Hour. Bobrick was furthermore a celebrated playwright, having written over 40 works, including The Psychic. 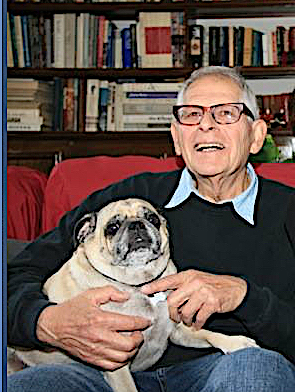 Obituaries about Bobrick noted he is survived by his wife Julie; children Lori, Stefanie and Joey (Linda); grandchildren Ariel and Josh; and his pet Albert the Wonder Pug. 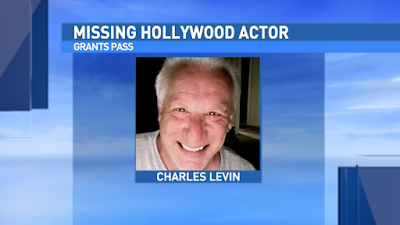 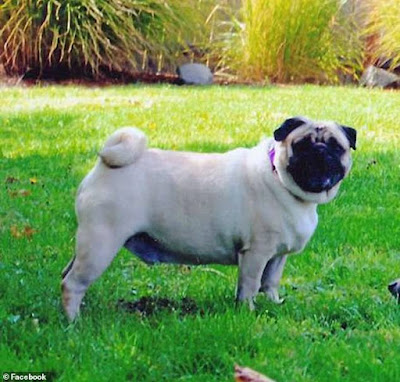 A few months ago, a death occurred that has unfolded with more horrific (or mysterious) details this week. And yes, it involves a pug. 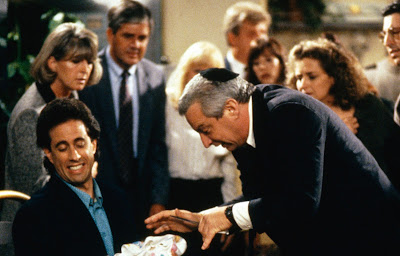 It all revolved around the disappearance of Charles Levin, a 70-year-old actor, well known for roles in Alice, Hill Street Blues, and as the mohel on "The Bris" episode of Seinfield.

On July 8, 2019, Charles Levin's son Jesse reported to the police that Levin was missing, and he had not been heard from since June 28. At the time, Levin lived in Grants Pass, Oregon, and was in the process of moving to a new house in the town. Levin's car was found on July 12 on a remote road northeast of Selma, Oregon. His pug, Boo Bear, was discovered deceased inside. The pug was able to be identified from the purple collar it was still wearing.

A body believed to be Levin's was found a day later. 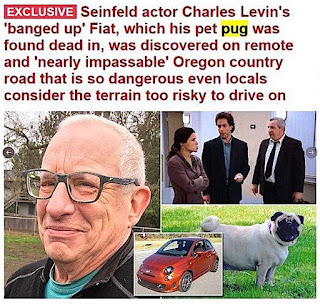 On November 8, 2019, the cause of death was made public. Levin's nude body had been found in a ravine. Levin fell down a 30 foot steep hill while he presuming was trying to get help because he was lost. His remains were partially eaten by animals, most likely turkey vultures. On July 15, it was confirmed that the body was Levin's.

An official report from Oregon, published by the Daily Mail, gives graphic details. 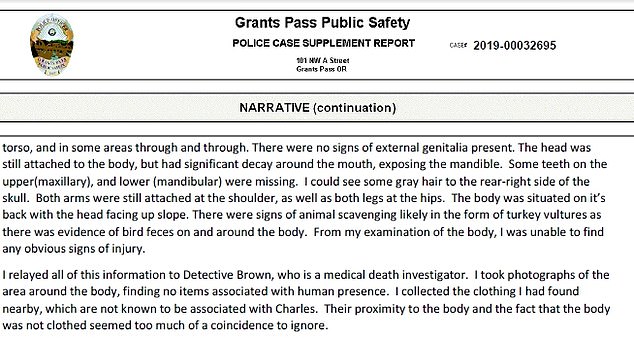 Police are not treating the death as a homicide or suicide, and Levin's son has reported that it is being investigated as accidental. 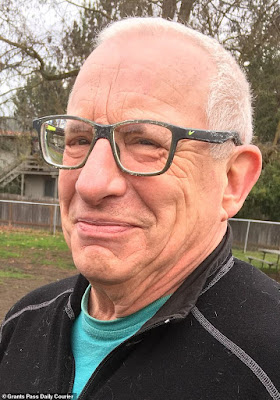 What if the "turkey vultures" were Thunderbirds or Mothmen?

Mysteries and pugs go together more than we wish to imagine. 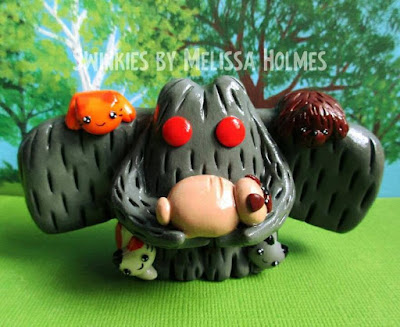 Mothman and Pug, from 2018 ~> Source: Swinkies by Melissa Holmes on Esty.

That pug you like is coming back into style ~

Do not that Eggsy ( in the Movie Kingsman ) beloved animal companion is/was a Pug.

The Kingsman movies are fascinating to me, so rich in symbolism of the Ubermensch , the 11'( EL's )
and the connection to Kentucky, which has personal interest/connection to me.

On my other post, I made a typo, I meant to say ** DO NOTE***
that Eggsy's beloved Animal companion is/was a Pug.

Other interesting symbolism is that the Kingman's are 11's( EL's ) , which are the Ubermensch/Transhumanism, which Transhumanism ( void of Soul and God and one with the Machine ) has always been the Final Frontier of a very Powerful Global Cabal,since the 1500's, when they went seeking The New Atlantis ( we know as America ) on the 77th Meridian West, God's Longitude/Shaft , Ley Line.

I call The Powerful Cabal, the Wizards ( I use the word Wizards as simile ) because the Wizards have the power to manifest.

One Eye= A Eye= A I= Artificial Intelligence is NOT NEW, and has always been the End Game Agenda, and the Elephant in the Room.

There is also a One Eye symbolism in the Kingsman movie, The Golden Circle ,
as well,also butterfly symbolism.
There is also the Alchemical Transformation of Lead ( Black ) to Gold ( Amber )….

Eggsy, the Protagonist wears an Amber Jacket
with Black Lapels.

Do Note that the Kingsman address at the Taylor Shop is 11.
There is also a 8 point star of Venus at the Statesman's Bourbon facility in Kentucky ( the Stateman's are the Kingsman's American Cousins )