November 29th is the anniversary of the Partition Plan of November 29, 1947, when The United Nations General Assembly approved a plan for the partition of Palestine. 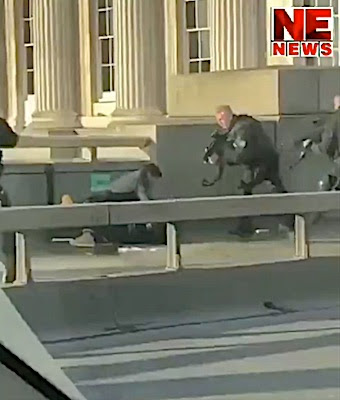 On this date in 2019, a "major incident" has taken place on the London Bridge. Reports indicate a number of people are believed to have been injured after a stabbing at London Bridge, police have said. One account says five have died ~ although this is totally unconfirmed.

The Met Police said they were called to a stabbing at a premises near the bridge just before 14:00 local time. They have declared this a "terrorist incident."

The force said it had killed a suspect, a man. The male killed was convicted terrorist Usman Khan, 28. Two citizens of London were killed. 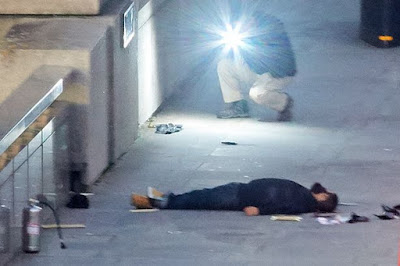 London Ambulance Service has declared a "major incident". British Transport Police said London Bridge station was currently closed and no trains would be stopping there.

Police have advised people near the scene to follow directions from officers on the ground.

The prime minister tweeted he was being updated on the incident and wanted to thank police and all emergency services for their response.

Home Secretary Priti Patel also tweeted that she was "very concerned" about the incident.

The suspect had a "hoax" bomb jacket on his body.

Fishmongers' Hall was hosting a prisoner rehabilitation conference organised by the Institute of Criminology at Cambridge University. Usman Khan, who had on an ankle tracking bracelet, was attending the conference and a speaker.
The Narwhal Tusk 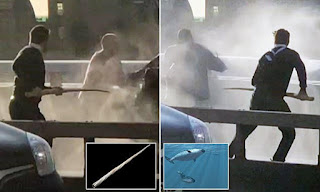 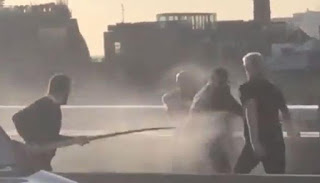 Polish chef Luckasz at the Fishmongers' Hall took a narwhal tusk off the wall to fight the London Bridge attacker. He is quite visible in photographs and videos of the incident. Source.

The narwhal (Monodon monoceros), or narwhale, is a medium-sized toothed whale that possesses a large "tusk" from a protruding canine tooth. It lives year-round in the Arctic waters around Greenland, Canada, and Russia. It is one of two living species of whale in the family Monodontidae, along with the beluga whale. The narwhal males are distinguished by a long, straight, helical tusk, which is an elongated upper left canine. The narwhal was one of many species described by Carl Linnaeus in his publication Systema Naturae in 1758.

Its name is derived from the Old Norse word nár, meaning "corpse", in reference to the animal's greyish, mottled pigmentation, like that of a drowned sailor and its summer-time habit of lying still at or near the surface of the sea (called "logging").

In Inuit legend, the narwhal's tusk was created when a woman with a harpoon rope tied around her waist was dragged into the ocean after the harpoon had struck a large narwhal. She was transformed into a narwhal, and her hair, which she was wearing in a twisted knot, became the characteristic spiral narwhal tusk.

Some medieval Europeans believed narwhal tusks to be the horns from the legendary unicorn. As these horns were considered to have magic powers, such as neutralising poison and curing melancholia, Vikings and other northern traders were able to sell them for many times their weight in gold.

Pale Horses on the Bridge 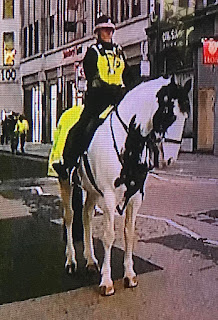 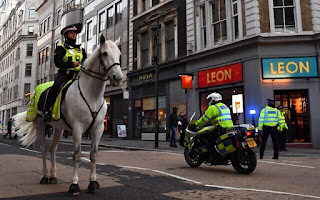 Revelation 6:8
And I looked, and behold a pale horse: and his name that sat on him was Death, and Hell followed with him. And power was given unto them over the fourth part of the earth, to kill with sword, and with hunger, and with death, and with the beasts of the earth. 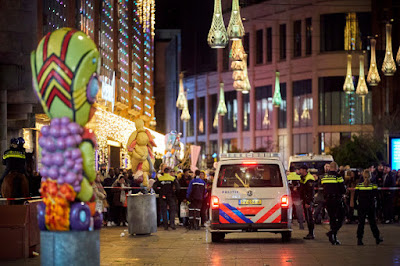 Then in the afternoon of Friday, November 29, 2019, several people were injured during a stabbing attack at a busy shopping district in the Netherlands, Dutch police said. It was the traditional "Black Friday" shopping day. There appears to be no terrorist connection in this incident.

At least three people were injured in the attack in The Hague, near the town’s historic center, Dutch police said. The suspect is still at large, officials said.

In a statement, Hague police said they were seeking a man aged 45-50 and described him using a Dutch term often applied to people of North African descent.

The attack came hours after a terrorist armed with a knife killed two pedestrians at the London Bridge. That suspect was shot dead by London cops.

I posted of the earlier 2017 incidents here and here.

March 22, 2017 was the first anniversary of the 2016 terrorist attack in Brussels. Three suicide bombers killed 32 people and injured 316 in the 2016 Brussels bombings at the airport and at the Maelbeek/Maalbeek metro station.

Previously on March 22, in 2004, Ahmed Yassin, co-founder and leader of the Palestinian Sunni Islamist group Hamas, two bodyguards, and nine civilian bystanders are killed in the Gaza Strip when hit by Israeli Air Force Hellfire missiles.

On 22-3-17 in the U.K., at about 2:40 (2:37?) pm local time, a terrorist incident occurred. A woman was killed on Westminster Bridge in central London in what police are treating as a terrorist incident. Reportedly a police officer has died too. Five people are reported to have died. At least 40 people have been injured, some severely 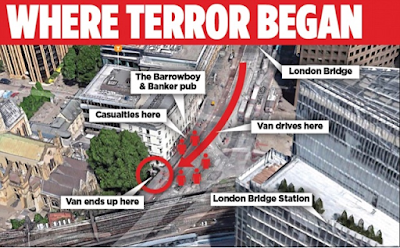 "London Bridge is falling down" is the code for "The Queen has died."
Posted by Loren Coleman at 10:33 AM