Dressed in Black, Caught Between Two Worlds in Santa Clarita 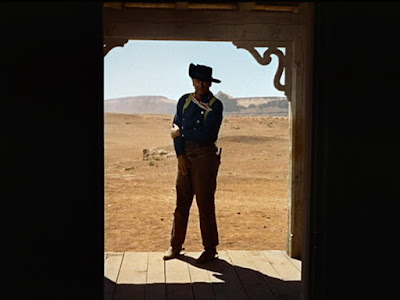 The news out of Saugus, California, was of another school shooting on November 14, 2019. Santa Clarita High School is located in Saugus, north of Los Angeles. The town is known as the home of film star notable Harry Carey (who died in 1947) and his son Harry Carey Jr. (who died in 2012). Both are known for Westerns, and both claimed Saugus as their home. 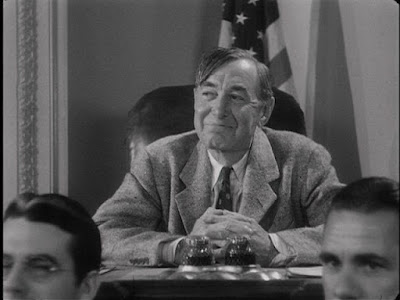 The elder Harry Carey, actor and one of silent film's earliest superstars, is most often recalled for his Oscar-nominated role as the President of the Senate (the Vice President of the United States) in Mr. Smith Goes to Washington (Frank Capra, 1939).

Carey Sr. married Olive Fuller Golden in 1920, and they purchased a 1,000-acre ranch in Saugus, California, north of Los Angeles, which was later turned into Tesoro Adobe Historic Park in 2005.

As an homage to Harry Carey, John Wayne held his right elbow with his left hand in the closing shot of The Searchers (John Ford, director, 1956), imitating a stance Carey himself often used in his films. According to John Wayne, both he and Carey's widow Olive (who costarred in the film) wept when the scene was finished.

Saugus is named after the town of Saugus, Massachusetts, the hometown of Henry Newhall, upon whose land the town was originally built. 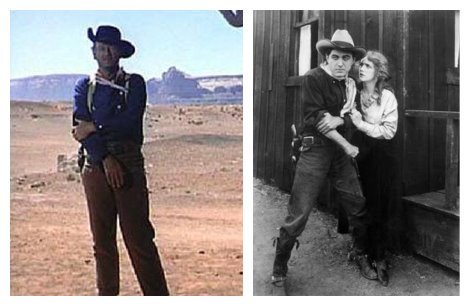 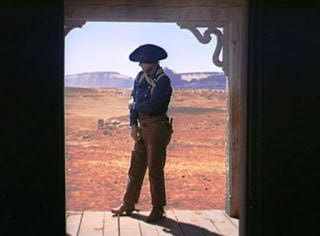 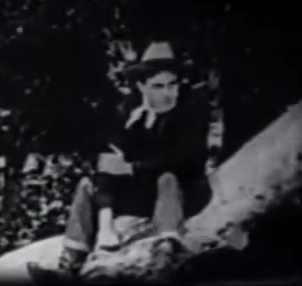 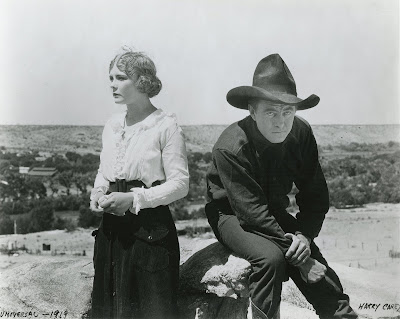 Saugus and Santa Clarita. All just coincidences? Perhaps? Perhaps not? 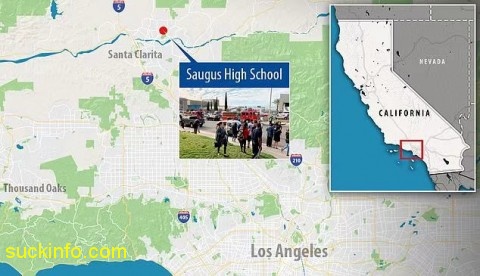 
Oddly, Santa Clarita, where Del Shannon spent his final days, has been coming up in the news the past few days. Santa Ana winds in the Santa Clarita area have led to devastating wildfires in that area, while a Santa Clarita-based congresswoman, Katie Hill, a Democrat, has resigned over an ethics investigation.
Not sure if any of this means a doggone thing. Just taking notes as I continue to "work on this mystery."

A young man described as "Asian," dressed in all-black, on his 16th birthday, shot at five fellow classmates for 16 seconds on November 14, 2019, at Saugus High School in Santa Clarita, California. He killed two people, injured three, and attempted to kill himself with a self-inflicted suicidal wound.

The shooting began at 7:38 a.m., before the beginning of classes.

The perpetrator reportedly pulled a .45 caliber handgun from his backpack and fired on fellow students in the school's quad. One of the students was struck in the stomach. A student was found at the school's choir room, and another was struck outside the school. A handgun was located outside the area of the shooting. Shortly after the attack on his classmates, the perpetrator turned the semi-automatic pistol on himself and attempted suicide. The shooting lasted sixteen seconds.

Three off-duty police officers had just dropped off relatives at the school and became the first responders on the scene: a detective with the Los Angeles County Sheriff's Department and police officers from Inglewood and Los Angeles. They were joined within a minute by uniformed deputies on duty from the sheriff's station in Santa Clarita, as well as a sheriff's deputy who works at the school as the school resource officer. The Los Angeles County Fire Department confirmed firefighters responded to the shooting before 8 a.m. Santa Clarita, as a contract city, uses county sheriff and fire services in lieu of operating its own police and fire departments. 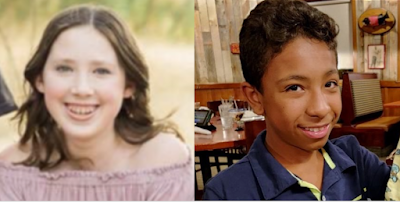 There were two girls, aged 15 and 14, injured in the shooting. Four students were hospitalized at the Henry Mayo Newhall Memorial Hospital, where three are in critical condition. Two students were transported to Providence Holy Cross Medical Center.

The suspect was identified as Nathaniel Berhow, a student at the school, who turned 16 that day. He was in critical condition after shooting himself in the head.

It was announced on the afternoon of November 15, 2019, that Nathaniel Tennosuke Berhow had died of his self-inflicted wound at 3:32 pm Pacific time.

In Japanese, there is a culture of Kanji which is a set of characters originated from Chinese characters, and the meaning of the name changes according to the choice of Kanji characters. It appears that mostly the meanings are "heaven" with forms of "assistance."

This ties into the first name, Nathaniel. Nathaniel is a given name derived from the Greek form of the Hebrew נְתַנְאֵל (Netan'el), meaning "God/El has given" or "Gift of God/El."

His Japanese mother is Mami Matasuura. His American father, Mark Berhow died on December 5, 2017, at the age of 55. Mark Berhow was an avid hunter.

Nathaniel Berhow appears to have been caught between two worlds...between cultures...between living and dying...

"Twin Peaks again. The suspect lived on Sycamore Creek Drive. In the Twin Peaks universe, sycamores are associated with portals between worlds."

The Black Lodge was surrounded by sycamore trees. "Sycamore Trees" is a song performed by Jimmy Scott as the Black Lodge performer in Episode 29 of Twin Peaks. The music was written by Angelo Badalamenti and the lyrics by David Lynch.

Sycamore trees have a long history in folklore dating back to Egyptian times where the Holy Sycamore is said to connect the worlds between the dead and the living.

It was the ancient Egyptian Tree of Life. The fruit and the timber, and sometimes even the twigs, are richly represented in the tombs of the Egyptian Early, Middle and Late Kingdoms.

And between other worlds... 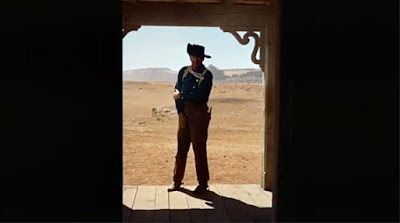 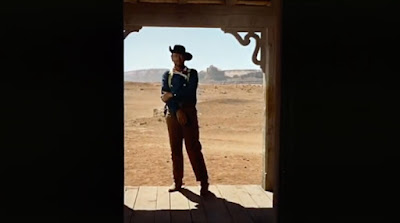 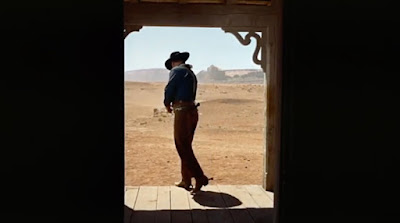 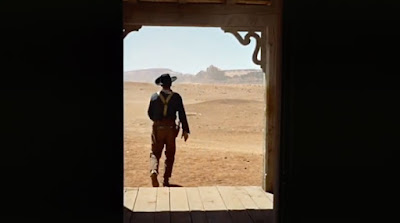 With Monument Valley in the background, John Wayne as Ethan Edwards, at the end of The Searchers, symbolizes much.

As for the doorway, it’s a brilliantly simple way to show Ethan is trapped between two worlds: the outlaw West and civilization...When Ethan returns from his journey, he discovers a world where settlers are throwing parties and the great Comanche war chiefs are dead. Texas has become a more peaceful place, only Ethan can’t bring himself to settle down. He doesn’t belong in this civilized world, and, really, he isn’t even welcome there. None of Ethan’s friends or family members invite him inside, and the door closes to lock him out. There isn’t anywhere for Ethan to go. He isn’t welcome with the Native Americans; the Confederacy lost the Civil War; and everyone he knows has either died or left him behind. Much like the Comanche corpse earlier in the film, Ethan is fated to “wander forever between the winds.” "What does the final shot of The Searchers mean?" (June 5, 2015)

Also on November 14, 2019: Another school shooting.
Russian police responded to a college shooting in Blagoveshchensk, where a student killed one and wounded three more students, dying by suicide shortly after the attack. Russia’s state Investigative Committee said the 19-year-old shooter brought a hunting rifle to class in Blagoveshchensk near the border with China and opened fire on students, killing one and severely injuring three more.

November 14, 1970 – Southern Airways Flight #932 crashed in the mountains near Huntington, WV, killing 75, including most of the Marshall University football team. 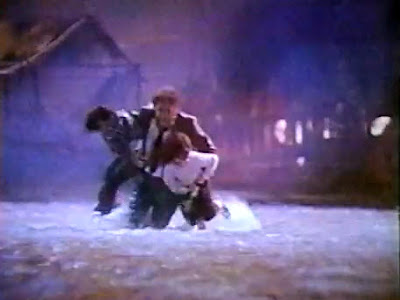 A twilight language site surrounded in cultural chaos? July 23, 1982: Outside Santa Clarita, CA, actor Vic Morrow and two Asian children are killed when a helicopter crashes onto them while shooting a Vietnam war scene for Twilight Zone: The Movie.
Posted by Loren Coleman at 3:32 PM

Harakiri (or hara-kiri) most often refers to a form of seppuku (or ritual suicide), often miswritten as "harikari".


Although I haven't seen the movie, I did click the link in this article, to the Screen Prism the Take and the article : What does the final shot of The Searchers Mean??
.
The Doorway was interesting as was the reference to Debbie ( Natalie Wood's character )
Deborah in Hebrew means : Like a Bee. Speaks Honey(ied) Words.
Deborah in the Bible was a Prophet
.
My name is Debra.

This Blog has been so very very important and insightful in my research.

Having said that I personally believe ( from all of the gazillion, puzzle pieces I've gathered sparked by my esoteric experiences and dreams ) …. that Humanity is at the *****Doorway**** of a Dramatic Shifting of Ages, Industrial Age to the Information Age i.e. The Fourth Industrial Revolution, and metaphysically The Age of Pisces to the Age of Aquarius, ( Globally ), and ushering in The New Atlantis ( America )... in particular )

I believe that Transhumanism via Artificial Intelligence, has always been the End Game Agenda, perpetrated by a very Powerful Global Cabal( the one percent OF the one percent, whom I call the Wizards ( a simile ) .

Although the Ubermensch/ Transhumanism has been mastered before, by a previous Epoch of Wizards, I do believe a Divine Hand intervened at that time, and brought Hell with High Water, so I'm hopeful a Divine Hand will intervene again..

We live in Interesting Times...

You are a thoughtful researcher.