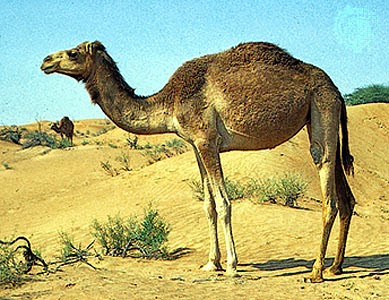 A disease that jumped from camels to humans landed in the USA in 2014. The first American case of MERS-CoV was reported in Indiana, the Centers for Disease Control and Prevention announced on Friday, May 2, 2014.

But where in Indiana? In what town did this new illness appear?

Middle East respiratory syndrome (MERS), also known as camel flu, is a viral respiratory infection caused by the MERS-coronavirus (MERS-CoV).
The initial original source, bats, is one familiar to students of COVID-19. But camels might be a surprise.


MERS-CoV is a betacoronavirus derived from bats. Camels have been shown to have antibodies to MERS-CoV but the exact source of infection in camels has not been identified. Camels are believed to be involved in its spread to humans but it is unclear how. Spread between humans typically requires close contact with an infected person.
As of 2020 there is no specific vaccine or treatment for the disease; a number of antiviral medications were being studied. The World Health Organization recommends that those who come in contact with camels wash their hands frequently and do not touch sick camels and that camel-based food products be appropriately cooked. Treatments that help with the symptoms may be given to those infected.
About 36% of those who are diagnosed with the disease die from it. Source.

A strain of MERS-CoV known as HCoV-EMC/2012 found in the first infected person in London in 2012 was found to have a 100% match to Egyptian tomb bats. A large outbreak occurred in South Korea in 2015. In January 2016, a larger outbreak of MERS among camels in Kenya was reported. As of February 5, 2016 more than 500 camels were said to have died of the disease. On February 12, 2016, the disease was reported to be MERS. As of February 12, 2016, there were no known human cases. Antibodies though were found in healthy humans in Kenya according to one study.

The Indiana patient traveled from Riyadh, Saudi Arabia, to London on April 24, [2014] and then to Chicago by air. He took a bus to the Highland, Ind. area and went to Community Hospital in Munster, Ind. after falling ill. He was kept in isolation until he recovered. Source.

A second patient who also traveled from Saudi Arabia was reported in Orlando, Florida on 12 May 2014. Source.

No one has died of MERS-CoV in the United States. 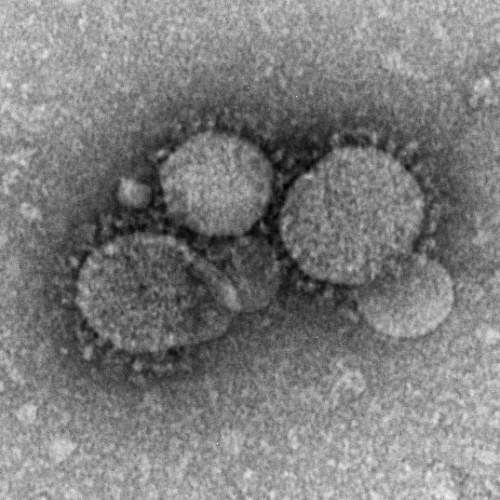 MERS-CoV, short for Middle East Respiratory Syndrome, is a type of coronavirus.

Since the first documented cases in spring 2012, MERS sickened at least 339 people in Saudi Arabia alone and killed nearly a third of them, according to the country's Ministry of Health.

Mers was the health scare to make headlines in 2014, as modern international travel increased the speed in which viral diseases can spread across vast distances.

A Malaysian man from Johor who developed respiratory complications after returning from Mecca died on April 13, 2014, became the first person from Asia to die from the Middle East Respiratory Syndrome (Mers) coronavirus.

As of April 16, 2014, the World Health Organisation has recorded 238 cases of the disease and 92 deaths globally.

On April 26, 2014, the Ministry of Health of Egypt reported the first laboratory-confirmed case of infection with Middle East respiratory syndrome coronavirus (MERS-CoV) in the country.

This "Indiana" patient flew to Chicago from Riyadh, Saudi Arabia, via London, then took a bus to northwest Indiana. He fell ill on April 27 and was hospitalized the next day. The patient is currently in a stable condition.

On April 29th, new research pinpointed the source of the respiratory-virus outbreak that has killed more than 100 people: Arabian camels. New evidence showed that camels were likely the source of the outbreak of Middle East Respiratory Syndrome, or MERS, a viral respiratory illness that led to the deaths of more than 100 people, according to a study published in the journal mBio and the latest Bloomberg news report. 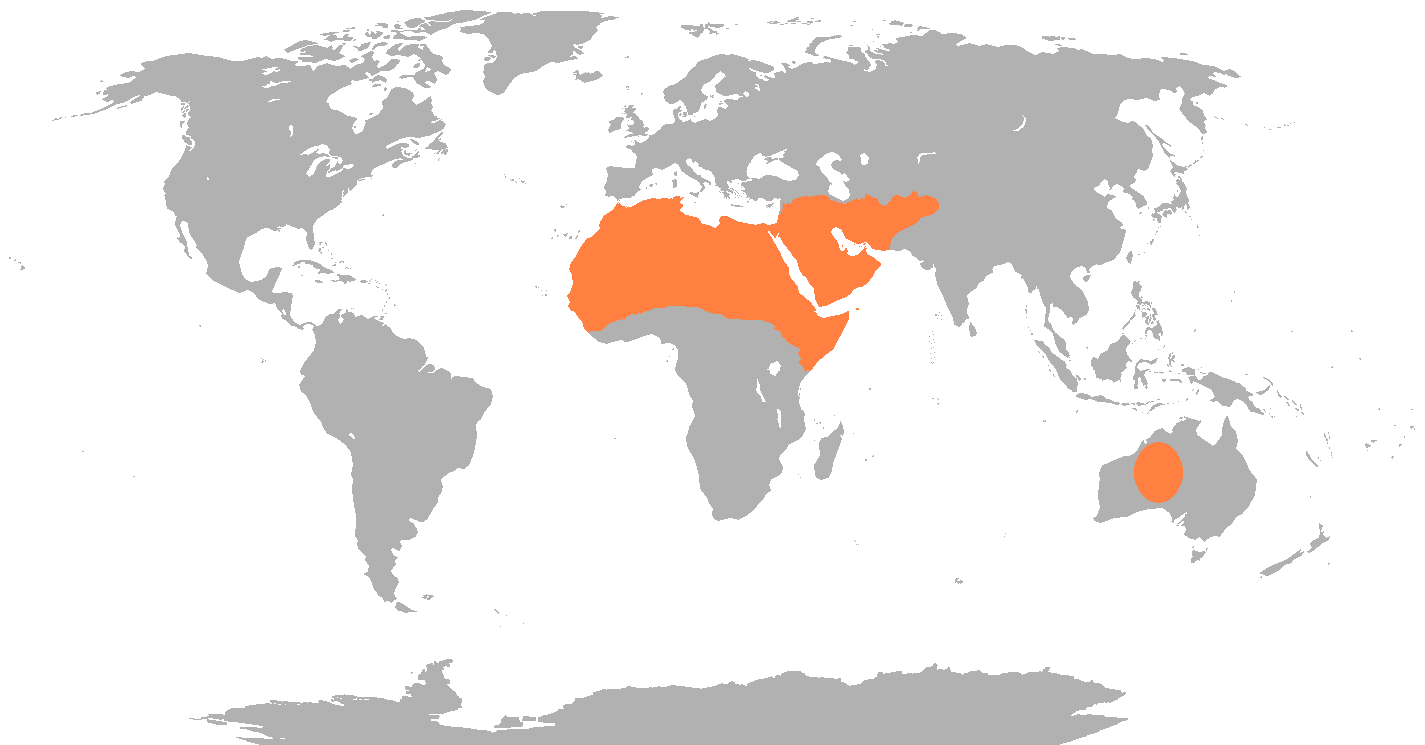 The current range (above) of the dromedary, also called the Arabian camel or the Indian camel (Camelus dromedarius) - pictured directly below and at top. 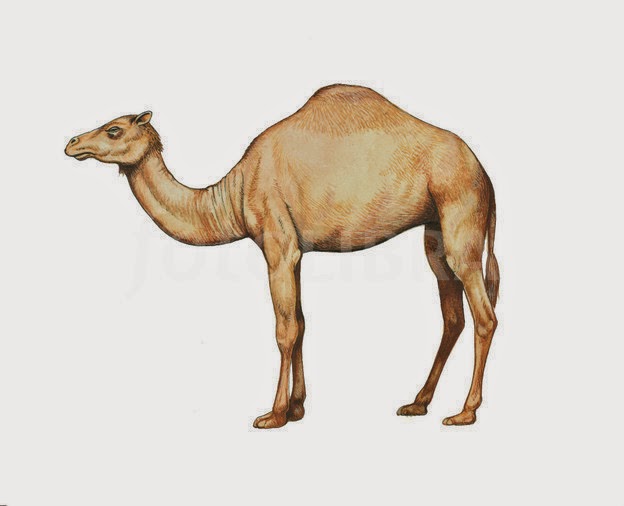 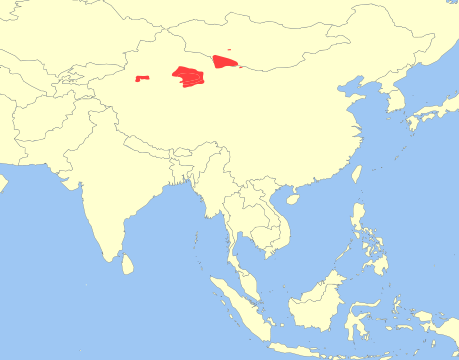 The range (above) of Bactrian camel (Camelus bactrianus) - pictured directly below. 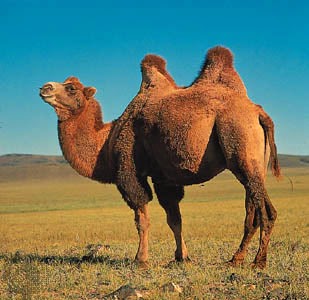 Researchers at the Center for Infection and Immunity at Columbia University’s Mailman School of Public Health, King Saud University, and EcoHealth Alliance extracted a live, infectious sample of MERS coronavirus (MERS-CoV) from two camels in Saudi Arabia. They found that this sample matched the virus found in humans on a genetic level.

As the New York Times has pointed,

The virus is thought to have originated in bats, but it is also widespread in camels. While it has not spread easily between humans, there have been outbreaks within families and in hospitals, where patients have infected paramedics, nurses and doctors.
...
Travelers to the Middle East have been warned to stay away from farm animals, and camels in particular. Camels are raised for meat and milk, for racing, and to haul goods. So-called beauty camels are kept as pets and entered in beauty contests.
Experts suspect that raw camel milk and meat transmit the virus.

As of May 1, 2014, the Mers-CoV has killed 107 people in Saudi Arabia and is a cousin of the Sars virus that erupted in Asia in 2003. Two new cases of Middle East respiratory syndrome coronavirus (Mers-CoV) have been detected in Jordan, the health ministry has said . One was a Saudi man and the other a Jordanian doctor who was treating him.The state news agency, Petra, said this brought to seven the total number of people who were diagnosed in Jordan with the severe respiratory disease since 2012. 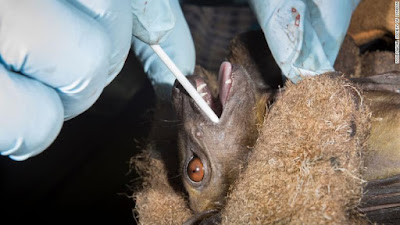 Coronaviruses, in general, have been found in the Rhinolophidae, a family of bats commonly known as horseshoe bats. COVID-19 has been linked to horseshoe bats and pangolins. And a wet market in Wuhan, China. 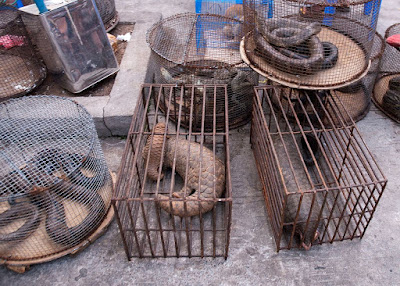 Pangolins, or scaly anteaters, are mammals of the order Pholidota (from Ancient Greek φολῐ́ς, "horny scale"). The one extant family, Manidae, has three genera: Manis, Phataginus and Smutsia. Manis comprises the four species found in Asia, while Phataginus and Smutsia each include two species living in Sub-Saharan Africa.
***
The working theory of researchers in Guangzhou, China, was that SARS-CoV-2 had originated in bats and, prior to infecting humans, was circulating among pangolins. The illicit Chinese trade of pangolins for use in traditional Chinese medicine was suggested as a vector for human transmission. Researchers recently have implicated the pangolins as intermediate hosts in the ongoing coronavirus pandemic as the discovery of multiple lineages of pangolin coronavirus and their similarity to SARS-CoV-2 suggests that pangolins should be considered as possible hosts in the emergence of novel coronaviruses. However, further study was less conclusive on pangolins as the definitive source of (SARS-CoV-2), namely being the bridge that the virus used to jump from bats to humans, after it emerged that the 99% match did not actually refer to the entire genome, but to a specific site known as the receptor-binding domain (RBD). A whole-genome comparison found that the pangolin and human viruses share only 90.3% of their RNA. Ecologists worried that the early speculation about pangolins being the source may have led to mass slaughters, endangering the animals further, which was similar to what happened to civets during the SARS outbreak. Source.

The Chinese government, after the COVID-19 outbreak in late 2019 and early 2020, initially closed down the wet markets, where live animals were sold for food and slaughtered in front of waiting customers.

By April 2020, the wet markets of Wuhan were open again.

A lesson learned is often not one recalled.

The danger awaits us all in the second wave of infections.
Posted by Loren Coleman at 11:59 PM

There's a biblical parable waiting to be written...