The Coming Wave of Pandemic Suicides? 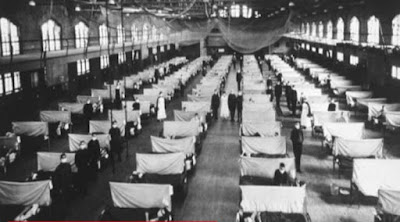 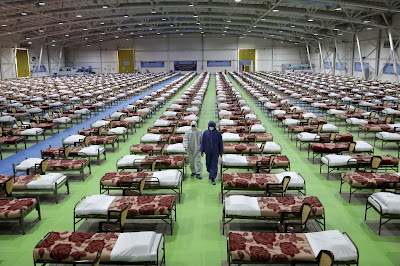 During a news briefing on March 23, 2020, President Donald Trump said:


People get tremendous anxiety and depression, and you have suicides over things like this when you have terrible economies. You have death. Probably and — I mean, definitely — would be in far greater numbers than the numbers that we’re talking about with regard to the virus.

Trump followed this with a comment the next day at a Fox town meeting, when reflecting on what would happen in the US if the coronavirus shutdown continues: 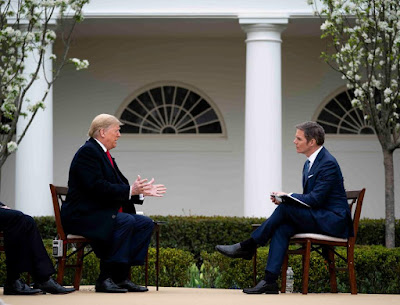 There is some confusion here between "depression" (with a mental health or clinical meaning) and "Depression" (an economic term from the 1930s). At various points in Trump's comments, he appears to have been predicting the society, in the midst of a financial depression, would become mentally depressed, and people would begin killing themselves out of despair. 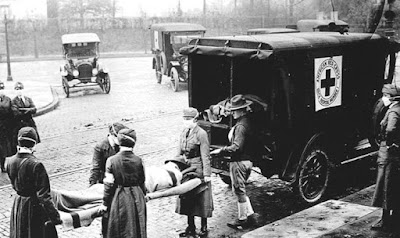 What can we learn from the lessons of the misnamed "Spanish flu"?


The Spanish flu proved to be peculiar for several reasons, most noteworthy of course due to the high morbidity (as many 500 million were infected) and mortality (around 50 million deaths). It also came in waves. In the US, there were four such waves: first in spring 1918, again in August 1918 (epidemiologically the most devastating of the four), yet again in winter 1918/1919, and a final return in early 1920. Finally, the disease was unlike most flus in that it decimated even the traditionally more robust segments of the population (ages 20-40), taking the lives of many within 3 days of showing symptoms. Psychiatric Times. 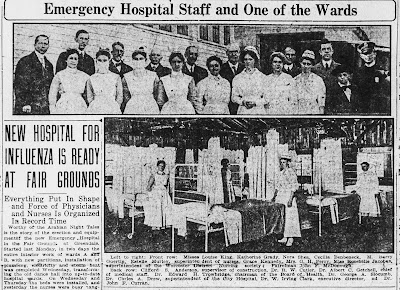 Classically, during the pandemic of 1917-1920, it was not the downturn in the economy, nor the flu itself that impacted the suicide rate. It was the impact of the deaths, survivor guilt, and the underlying isolation that those battling the flu felt that "caused" suicides. 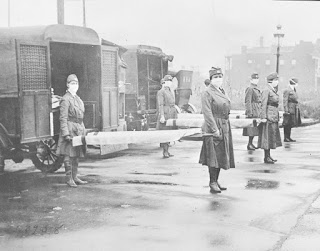 Specific examples turn up in the literature.

The Spanish flu virus "traveled west and south, arriving at Camp Grant, Illinois, on Saturday, September 21, 1918, with 70 hospital admissions," noted The Military and the Influenza Pandemic of 1918-1919.

Ten days after the epidemic struck, hospital admissions began to fall but pneumonia took hold, and Camp Grant's daily death toll began to climb. It reached double digits on October 1 with 14 deaths, then 30 the next day, 46 the next, and 76 on October 4. The mortuary was designed to handle only four deaths a day. On Friday, October 4, with more than 100 bodies in the mortuary camp, officials negotiated with local undertakers to take the bodies at $50 each, but when someone produced a flatbed truck to remove the dead, the Army quickly provided more dignified closed trucks. The number of dead broke 100 on October 5 and reached a horrifying high of 117 deaths on October 6. The last day the Camp Grant death toll exceeded 100 was October 9, but the decline was too late for its commander. Col. Charles B. Hagadorn, a West Point graduate and career officer who had served in Russia and the Panama Canal Zone, was acting camp commander when influenza struck. Although Camp Grant's sickness and death rates were no worse than other camps and better than some, fellow officers later told reporters that Hagadorn had been showing the strain of the epidemic. Troubled as more than 500 soldiers died of pneumonia under his command, on October 7, he committed suicide with a pistol shot to his head. In the end, Camp Grant suffered 10,713 influenza victims, including 1,060 deaths in a population of 40,000. Source.

One individual case is used to illustrate this. 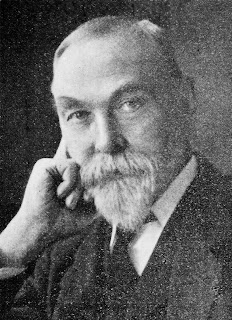 James Niven (12 August 1851 – 30 September 1925) was a Scottish physician, perhaps best known for his work during the Spanish Flu outbreak in 1918 as Manchester's Medical Officer of Health. Following his retirement in 1922 he suffered from depression and committed suicide on 30 September 1925 at Douglas on the Isle of Man. A dramatization of the Spanish flu period in Manchester was transmitted on BBC television as Spanish Flu: The Forgotten Fallen on 5 August 2009 and again on 25 September 2012. On 17 March 2020, "The flu that killed 50 million" documentary was televised, and Niven and his work featured heavily.


The emotional stresses during historical influenza epidemics are impossible to measure in statistical terms, but the suffering of bereavement from the sudden loss of loved ones cannot be ignored. The mortality toll of the 1918–1920 pandemic was not only high but also involved an unusually large proportion of victims between twenty and forty years of age. One consequence was a markedly high number of young widows and widowers and the orphaning of small children.

A significant rise in suicides was reported from several countries across the globe. In the U.S., an increase of one unit in excess flu mortality (one more death per year per 1,000 population) increased the rate of suicide by 10 percent. That statistic takes into account the possible confounding role on the suicide rate of World War I casualties (which proved not to be significant) and the decline in alcohol consumption between 1910 and 1920 (which acted to lower the incidence of suicide). Many suicides can be related to mental disturbances resulting from the fear of contracting the disease (a stricken person could be dead in three days) or stress of infection with the flu itself. However, the unbearable loss of a spouse, children, or close relatives also contributed, as did a fall in social integration due to school closures, cur-tailment of public events, and so on. Source.


In my book Suicide Clusters (Boston: Faber and Faber, 1987), I pointed out that the suicide rate and the occurrence of suicide clusters was so high, Sigmund Freud held the first modern youth suicide prevention conferences in 1920, in Austria.


The documented connection between viral pandemics and psychological stress dates back more than 100 years ago, when Karl Menniger linked the 1918 Spanish flu pandemic with changes in psychiatric complications. The influenza virus most commonly affects the respiratory system, but the burden on neuropsychiatric diseases are under-recognized, he said.

A major study was conducted in 1920 in the United States to determine the impact of the influenza pandemic of 1918 on subsequent rates of suicide. Researchers concluded that the pandemic caused suicide to rise.

Historical demographer Svenn-Erik Mamelund, PhD, in his 2003 paper, "Effects of the Spanish Influenza Pandemic of 1918-19," pointed out that Spanish flu survivors reported sleep disturbances, depression, mental distraction, dizziness, and difficulties coping at work, and that influenza death rates in the United States during the years 1918-1920 were significantly and positively related to suicide. 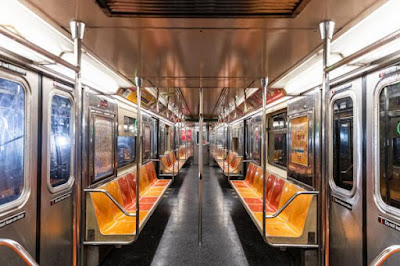 Dr. Shailinder Singh who is a psychiatrist working in a psychiatric emergency room in a New York City hospital told ABC News:


This is an unprecedented event for the vast majority of people. It is certainly reasonable to expect the risk of suicide increasing secondary to the economic and social fallout.

One of the solutions for the pandemic -- social isolation -- could prove disastrous for deaths by suicide.

Add social distancing to the availability of guns, and a perfect storm is being created for a future wave of suicides.

The FBI reported a 73% increase in background check applications for gun purchases in March 2020, compared to March 2019. Guns are more lethal than any other suicide method, and the United States has the highest percentage ownership of guns in the home.

Stay tuned. We could face some rough times ahead. In the meantime, remember all who have passed this way. 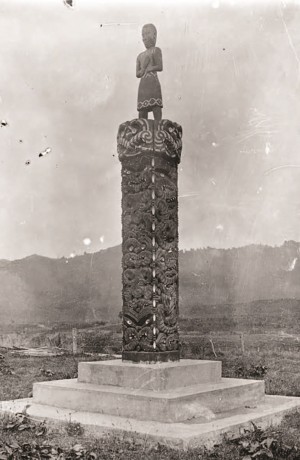 Designed and carved by Tene Waitere, a cenotaph was erected in New Zealand at the Te Köura marae, or meeting place, in memory of Maori who died in the 1918 pandemic.

Posted by Loren Coleman at 4:13 PM