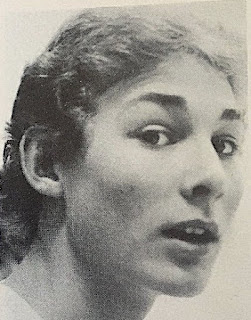 Is this another "incel" incident?


For several years I have written of this time of year as a "red zone of danger." I even mentioned the temporal syndrome associated with late April's infamous events in The Copycat Effect: How the Media and Popular Culture Trigger the Mayhem in Tomorrow's Headlines. During the morning of April 19, 2020, I tweeted a message about recalling today as a date with multiple anniversaries of note: the original Patriots Day of the Revolutionary War due to the battles at Concord and Lexington. The events of Waco and the Oklahoma City Bombing on this date. 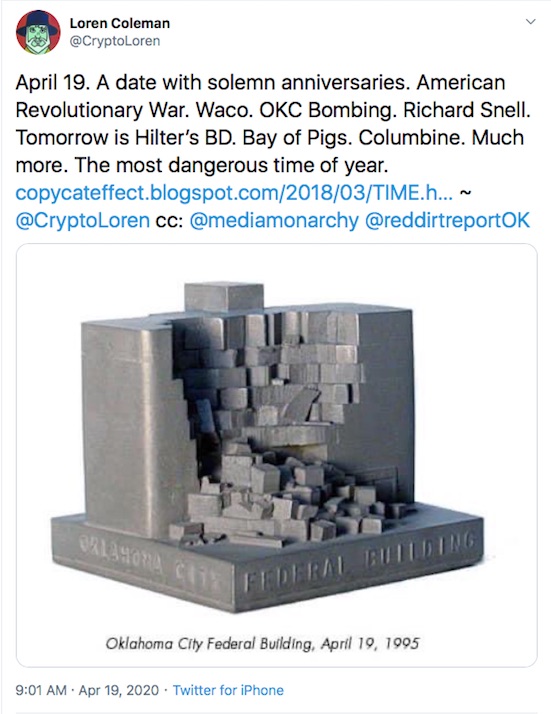 I posted images of the Boym Design's two "Buildings of Disaster" for Waco and OKC's Murrah Building.

I have pointed to my extensive listing of violence and deaths tied to this last half of several Aprils in past blog postings, including "The Most Dangerous Time of Year," from 2018, and "The Red Zone of April: A Dangerous Time."

In that piece, I review these events for 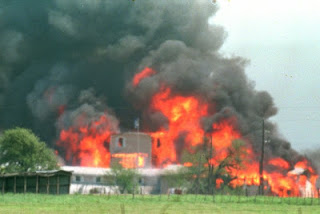 1775 – Battles of Lexington and Concord, Massachusetts, the first battles of the American Revolutionary War. This is the actual anniversary of the battles, even though the observance has become a date tied to the third Monday in April.
1897 – First running of the Boston Marathon, with marathons named after the Greek Battle of Marathon.
1993 – The 51-day FBI siege of the Branch Davidian building outside Waco, Texas, USA, ends when a fire breaks out. Eighty-one people die.
1993 – South Dakota governor George Mickelson and seven others are killed when a state-owned aircraft crashes in Iowa.
1995 – Oklahoma City bombing: The Alfred P. Murrah Federal Building in Oklahoma City, USA, is bombed, killing 168.
1995 – Richard Wayne Snell, a convicted murderer, member of the white supremacist group The Covenant, The Sword, and the Arm of the Lord (CSA), is executed in Arkansas. Snell was involved in filming the planes that landed at the restricted airport in Mena, Arkansas, believed by many conspiracy theorists to be used in a CIA-sanctioned cover-up to smuggle drugs into America. Snell had been accused of plotting to bomb the Murrah Building in the 1980s. Snell reportedly watched televised reports of the Oklahoma City bombing on the day of his execution and nodded in approval.
2013 – Boston Marathon bombings suspect Tamerlan Tsarnaev is killed in a shootout with police. His brother Dzhokhar Tsarnaev is captured while hiding in a boat inside a backyard in Watertown, Massachusetts. 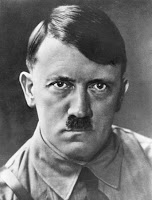 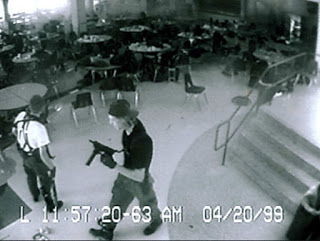 1889 – Adolf Hitler, Austrian-German soldier and politician, Chancellor of Germany (d. 1945) is born
1939 – Adolf Hitler's 50th birthday is celebrated as a national holiday in Nazi Germany.
1945 – World War II: Führerbunker: Adolf Hitler makes his last trip to the surface to award Iron Crosses to boy soldiers of the Hitler Youth.
1961 – Failure of the Bay of Pigs Invasion of US-backed Cuban exiles against Cuba.
1971 – According to Steven Hager, editor of High Times, he found the term 420 originated at San Rafael High School in 1971, among the Waldos. They would meet every day after school at 4:20 p.m. to smoke marijuana at the Louis Pasteur statue. One of the Waldos notes, "We did discover we could talk about getting high in front of our parents without them knowing by using the phrase 420." By extension now, April 20 ("4/20" in U.S. dating shorthand) has evolved into a counterculture holiday, where people gather to celebrate and consume cannabis.
1978 – Korean Air Lines Flight 902 is shot down by the Soviet Union.
1999 – Columbine High School massacre: Eric Harris, 18, and Dylan Klebold, 17, killed 13 people and injured 21 others before dying by suicide at Columbine High School in Columbine, Colorado.
2007 – Johnson Space Center shooting: William Phillips with a handgun barricades himself in NASA's Johnson Space Center in Houston, Texas before killing a male hostage and himself.
2015 – A substitute teacher was killed at the Joan Fuster School in the La Sager neighborhood of Barcelona, Spain, by a 13-year-old student with a crossbow and machete. Four other people were injured.

Therefore, today, Sunday, April 19, 2020, we should not be surprised to learn that a mass shooting has occurred.

From Saturday through Sunday, for 12 hours, a gunman drove across the northern part of the province of Nova Scotia shooting people dead. Canadian police, as of Sunday night, said at least 16 people were dead, plus the gunman too. On Monday morning, during the COVID19 government news conference, the prime minister said a total of 19 people had died.

One of the dead was a police officer and another was injured. The dead officer has been identified as Heidi Stevenson, a mother of two and a 23-year-old veteran of the force. 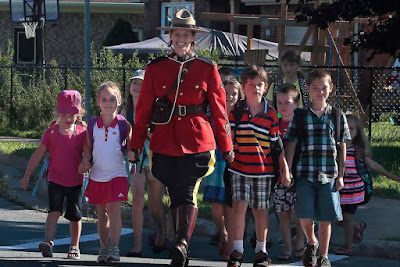 The victims identified so far, besides RCMP Const. Heidi Stevenson, a 23-year member of the national police force, and a mother of two, are Debert Elementary school teacher Lisa McCully; care assistant Kristen Beaton; and Heather O’Brien, a nurse from Truro. Additionally, two correctional officers and two neighbors of the gunman, were all killed in their homes. 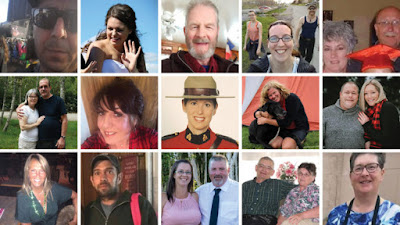 Altogether, including the shooter, twenty-three (23) people died in the shooting. 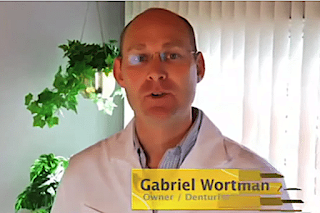 The gunman was named as 51-year-old Gabriel Wortman, who died after shooting people in several locations across the province. He was described as white male, bald, 6'2" - 6'3" with green eyes.

The shooting reportedly began in the small Atlantic coastal town of Portapique, about 130km north (80 miles) of Halifax, the provincial capital. It ended Sunday, April 19, at a gas station in Enfield. Online records show Wortman ran a denture clinic in the city of Dartmouth, across the water from Halifax.

One local resident said she had come across two burning police vehicles while out driving on Sunday morning. One man said he saw at least three separate fires.

“There was one officer we could see on scene and then all of a sudden, he went running toward one of the burning vehicles,” Darcy Sack told the CBC.

“We heard gunshots,” she said, adding that one police officer looked to have been injured.Authorities said Wortman was driving what appeared to be a police car and was wearing a uniform but later reported he was at the wheel of a Chevrolet sports utility vehicle that had been modified to resemble a white RCMP vehicle – “one that he has basically made himself,” said Brian Sauvé, president of the National Police Federation. Police have said the suspect was not an employee or officer with the RCMP.

There was on difference between Wortman's car and the official RCMP vehicles: the car #. The suspect's car is 28B11, behind rear passenger window.

“In excess of 10 people have been killed,” RCMP Chief Superintendent Chris Leather said, before later revising the total to “at least 13.” “We believe it to be one person who is responsible for all the killings and that he alone moved across the northern part of the province and committed what appears to be several homicides.” 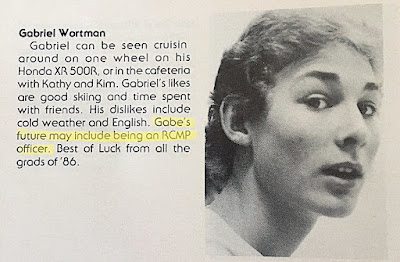 Please note, in high school, Wortman said his "future may include being an RCMP officer."


Name game: "Wortman" = a grower or seller of vegetables or of medicinal herbs and spices.

RCMP's fallen Heidi Stevenson is to be remembered on Friday, April 24, 2020. 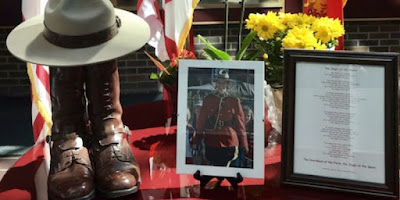 What will Monday, April 20th begat?

In 2015, Mother Jones mentioned the high number of "copycats" associated with Columbine. In The Copycat Effect, I tracked over 400 in the month after the April 20, 1999 Columbine shooting.

The cult of Hitler's birthday and Columbine travel forth into the future. 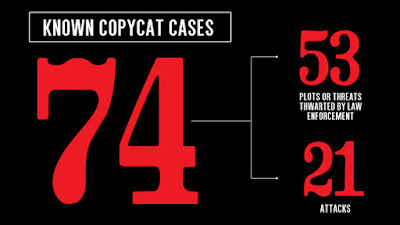 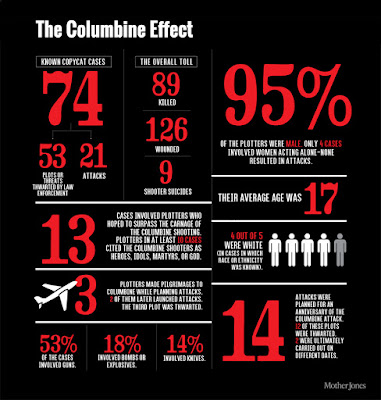 once again, netflix. A Waco show has come out