I was born on July 12th, in Norfolk, Virginia, in that synchromystical year, 1947. I only recently discovered another researcher and writer, interested in topics not too distant from ones being pursued by me, who was born exactly on the same day, half a world away.  His name is Bertrand Méheust, and he is from France. Happy Birthday, Monsieur Méheust.

Let me introduce him to you. Bertrand Méheust was born, as it is written in France, on 12 July 1947, and one of his early complaints to his mother was that he wasn't born three weeks earlier, on 24 June. (Both Méheust and I were raised in poor, working class families.)

Méheust is a researcher and writer in French, who is known as a specialist in Jungian ufology, parapsychology, sociology, and politics. Formerly a professor of philosophy at Troyes, Méheust is now retired. (I was a fulltime university researcher and associate/assistant/adjunct professor in documentary film, anthropology, sociology, and social work. I retired from teaching in 2003.) In 1975 and 1978, I coauthored (with Jerome Clark) my first two books on Jungian ufology, cryptozoology, and Fortean accounts. Since then, as many of you know, I have written mostly about cryptozoology, sociology, biographies, anomalies, social work, and human mysteries.

In 1978, Bertrand Méheust wrote his first book (pictured at top), dealing with the question of the anticipation of science fiction of the UFO phenomenon. His mentor was Aime Michel. (Mine were Ivan T. Sanderson, Bernard Heuvelmans, and John Keel.) Méheust's book examined how the authors of the pulp science fiction novels at the beginning of the 20th century presented a phenomenon that would not appear until several years later. One must consider that it was only in 1947 that Kenneth Arnold brought about the modern history of flying saucers.

Méheust's book is regularly cited by skeptics who see a strong argument in favor of a simplistic psychological explanation of the UFO phenomenon. But Méheust's thesis is much more complex. In his book, which was very influenced by Carl Gustav Jung, Méheust defends the extraterrestrial hypothesis.

In 1999, his university thesis, investigating mediums, was published in two volumes (1,200 pages). The book was updated on the controversy surrounding parapsychology, but also psychology. It traces the history of research, theories and concepts that have generated the issue of potential hidden human abilities, since the end of the 18th century.

Georges Bertin wrote of Méheust's work on mediums, that he has "against the irrevocable existential certainty that conscience is inaccessible to any other consciousness, the author will examined historically and sociologically, to consider and discharge, the field of magnetism, the métagnomie and the magnetic lucidity evacuated by rationalism."

Méheust asked both how the phenomena observed and supported on primary properties of the human psyche and how they tie in to culture, observing that, of all the cultures that have integrated and updated this potentiality, Western culture is the only to have opted for the rejection of it.


Bertrand Méheust is currently a leader in the field of metaphysics in the French language and, as such, he is regularly responds to the challenges of French skeptics. He has published on metaphysical history, about the lives of Henri Broch and Georges Charpak,  regarding sorcerers, and on psychic phenomena and the paranormal. 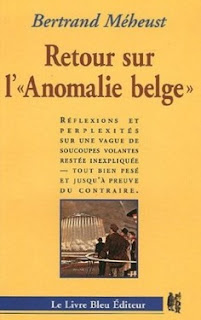 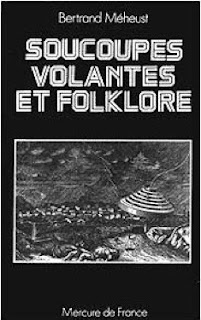 Bertrand Méheust has written books on science fiction and flying saucers, flying saucers and folklore, sleepwalking and médiums, psychic science, biographies, wizards, sorcerers, clairvoyance and divination, democratic psychotherapy, and paranormal stories of the Titanic. One of his newest books' titles is translated as The Nostalgia of Occupation: Can We Rebel Against New Forms of Enslavement? (published in February 2012).

For more about some of his books (in French), see here and here.

Talk about synchronicity of births. I was amazed to discover Monsieur Bertrand Méheust.

So, who was born exactly the same day you were born? Meheust is brilliant. I first encountered him in Jeffrey Kripal's Authors of the Impossible. His work desperately needs to be translated into English.

Ah. Thomas stole my opportunity to mention Kripal. Well, I'm finishing Mutants and Mystics, and I highly recommend it to anyone interested in Forteanism and Syncrhomysticism :)

Also, I can't help feeling there's some odd word-game between your name and Bertrand's: