American Anarchist: Are We What We Write? 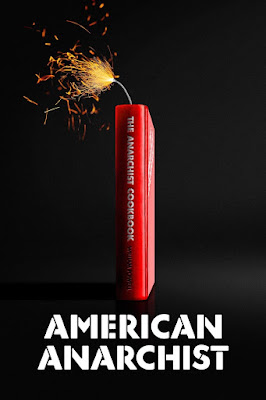 The Internet Movie Database describes the American Anarchist, which was released on October 8, 2016, thusly: "The story of one of the most infamous books ever written, The Anarchist Cookbook, and the role it's played in the life of its author, now 65, who wrote it at 19 in the midst of the counterculture upheaval of the late '60s and early '70s."

The documentary is directed and written by Charlie Siskel, whom the media love to mention is the nephew of the late movie critic Gene Siskel. Maybe Charlie enjoys noting that fact in interviews too, but I doubt it.

The main interview subject of the documentary is William Powell, the author of The Anarchist Cookbook (1970). 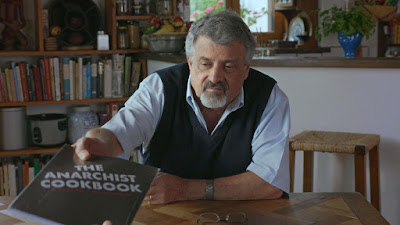 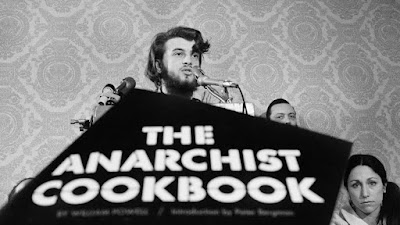 William Powell at 19 with his book cover and a partly visible Lyle Stuart.

If you are not one to watch documentaries but you enjoy thoughtful insights about the state of your impact on others through the decisions you make, watch this film.

I want you to see Siskel's movie, to get the full power of his delivery. The director/writer handles the delicate issue of "blame" well.

Indeed, I must say, American Anarchist has one of the most remarkable, self-reflective endings I've ever seen in a documentary. I've watched a lot of nonfiction features because I taught a documentary credit course at the University of Southern Maine for 23 semesters, from 1989 through 2003.

Being a student of the copycat effect, this film does a skilled job pointing out that Powell's book can be directly tied to several instances of violence that track directly back to The Anarchist Cookbook.

As the Daily Beast notes these events include,

Croatian separatists who planted a bomb in Grand Central Terminal and hijacked TWA Flight 355 in 1976; a series of abortion clinic bombings in the 1980s; the Oklahoma City bombing in 1995; the Columbine High School massacre in 1999; the 7/7 London bombings; the 2011 Tucson shooting targeting U.S. Rep. Gabrielle Giffords; the Boston Marathon bombing; and the Aurora shooting in 2012 during The Dark Knight Rises.

The list in the film is longer than the summary above. Powell seemed especially disturbed when he first heard about the school shooting involving Karl Pierson. On December 13, 2013, Pierson, an 18-year-old student, entered the Arapahoe High School in Centennial, Colorado (down the road from Columbine), armed with a shotgun, a machete, three Molotov cocktails, and 125 rounds of ammunition. He requested to see the school librarian, who was also the coach of the school debate team. The shooter's demotion on the team was a contributing motive to the shooting. One student was shot in the head and died eight days later. The shooter attempted to start a fire with one of the devices he had carried with him and then shot himself in the head.

NBC News, as did other media outlets, reported:

Joe Redmond, who at one time was a co-captain on the team with the suspected gunman, Karl Pierson, said that Pierson had been reading The Anarchist Cookbook....

Soon after hearing about this link, Powell wanted his book withdrawn from circulation.  He made a major statement about this in The Guardian in December 2013. But why did it take so long?

What is so telling is that Powell had not heard about the widespread influence - before 2013 - of his book, or so he says. Charlie Siskel's questioning, while harsh to some, is revealing and what any good investigative journalist should do.

As I was watching this documentary, I reflected on what was Powell thinking and saying versus how proud I was of several of the books I have written that have inspired people creatively and passionately. Even in my writing of Suicide Clusters (Faber and Faber, 1987) and The Copycat Effect (Simon and Schuster, 2003), I pushed the envelope about violence, asking the media to consider what they were doing as they went down a graphic path regarding violence. If a school shooter had ever been found with a copy of The Copycat Effect in their backpack, I would have had not regrets, which William Powell did for writing The Anarchist Cookbook.

We should all be forced to face up to the ramifications of our works, in the end.

On a side trek in the film, American Anarchist details a bit of background on The Anarchist Cookbook's publisher, which was a surprise.

Lyle Stuart, whose obituary I wrote immediately about after I learned he died on June 24, 2006, was part of William Powell's documentary story. 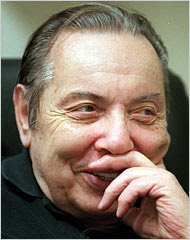 Lyle Stuart published The Strange World of Frank Edwards: A Selection of His Best Writings on Inexplicable and Mysterious True Events complied by the publisher’s son, Rory, in 1977, ten years after Edwards’ death.

It was William Powell's and Frank Edwards’ publisher, the maverick Lyle Stuart, who died of a heart attack at his home in Fort Lee, New Jersey, on the significant date of June 24, 2006. (Fort Lee is the former home of the late ufologist satirist James Moseley, btw. Obviously, merely another "coincidence.")

Few in the mainstream press made much of the date upon which Lyle Stuart died, or the fact that some of his first works published were not the books (like The Anarchist Cookbook) discussed in the obituaries, but tomes on Fortean wonders, Bigfoot, and flying saucers. But I remembered.

Lyle Stuart, a renegade journalist and publisher whose picaresque life included clashes with Walter Winchell, the publication of Naked Came the Stranger and the decision to print The Anarchist Cookbook, died on Saturday [June 24, 2006] at Englewood Hospital and Medical Center in Englewood, N.J. He was 83 and lived in Fort Lee, N.J.

The cause of death was a heart attack, said his wife, Carole.

In his first career as a journalist in the 1940’s and 50’s, Mr. Stuart clashed with the powerful columnist Walter Winchell and supported Fidel Castro. In his second, as a publisher, he was notorious for The Anarchist Cookbook. Written by William Powell, the book, which included instructions on making bombs and homemade silencers for pistols, was first released in 1970 at the height of antiwar and anti-establishment protests. Web sites inspired by the book are still proliferating.

Mr. Stuart published the book against his own staff’s wishes. "I liked it, but nobody else did – and of course no other publisher would touch it," he told an interviewer in 1978. In 2000, the author, Mr. Powell, told The Observer of London that he disavowed the book, written when he was 19; later, in an open letter on Amazon.com, he called it "a misguided product of my adolescent anger at the prospect of being drafted." But Mr. Stuart, who held the copyright, continued to publish it.

He courted controversy again in 1996 when he reissued The Turner Diaries, an anti-government novel self-published by a neo-Nazi in 1978. It is said to have been a favorite of Timothy J. McVeigh, executed for killing 169 people with a truck bomb in Oklahoma City in 1995.

The end of American Anarchist holds a shock for viewers who wait for it.  The Guardian followed up and wrote more about it a few days ago, on March 30, 2017.

At the end of the film, the viewer is told that William Powell died shortly after filming ended.

The Guardian partially answers the lingering questions Charlie Siskel's open-ended statement on the black screen left with the audience. I immediately thought, "I wonder if he took his own life after being forced to think about his role in the death of some many innocent people?"

The writer suffered a fatal heart attack while on holiday with his family in Nova Scotia on 11 July, at the age of 66....News filtered out at the US theatrical release of documentary American Anarchist, which mentions his death as the film closes.

Posted by Loren Coleman at 9:25 PM