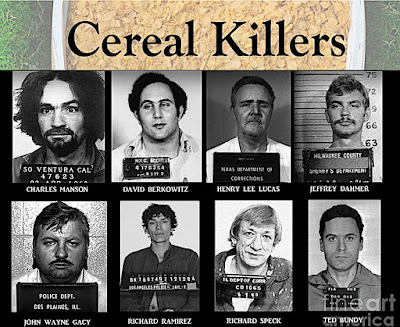 In line with my recent postings on the twilight language role of "corn" in cinema, comics, and other events, I wanted to stop for a moment to note the literal linkage and invention of the term "cereal killers." Corn is interchangeable with cereal in older European texts. 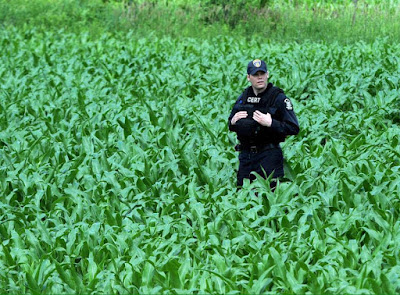 The story, there's always a story...links with the Fayette Factor. 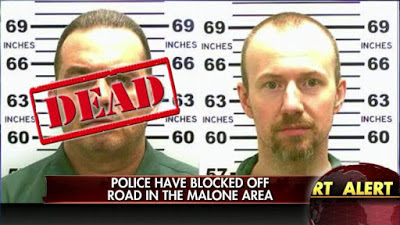 Sources say law enforcement personnel spotted [Richard] Matt in the woods at about 3:45 p.m. [on June 26, 2015] after the owner of a camper called 911 to report that he had spotted the two escaped inmates.
The Press-Republican reported that the shooting happened on Route 30 near the intersection of Route 41/Fayette Road, which is close to the cabin where Matt had been Thursday. Sources say a Customs Border Protection agent fired the fatal shot that killed Matt. Source.

Matt was shot close to the site of a cabin on Fayette Road where, police know, he had been this week.
Feces found at that cabin had tested DNA positive for connection to Matt, sources told the Press-Republican.
Patricia Duffy, who lives on Fayette Road, said the final showdown with Matt happened just west of Route 30.
The owner of the camp, Bobby Willett, "found a liquor bottle sitting out that he had not drank out of," Duffy said shortly after Matt was killed.
"He called the cops, and a bunch of them went up there."
Mitch Johnson, Willett's cousin, said the convicts had apparently broken into the hunting cabin, which is down a dirt drive, just a short distance from Willett's home.
“He lives near the camp. He was outside talking to police, and then they heard shots in the woods," Johnson said. Source.

The editor of Paranoia Magazine, Joan d'Arc interviewed author Michael Hoffman in 2000, about his article, "The Scapegoating of Ted Kaczynski: Cereal Murder and the Group Mind."

Hoffman is to be credited within the widespread use of the terminology "cereal killers."

The missing element in studying true crime or occult crime or “cereal” killers is the story aspect. Above all else these are stories, like a bedtime story or a fairy story or a Shakespeare play. I’m not saying they are fiction. I’m saying they are speaking to the eternal verities and themes that are common to powerful literature and to the tales which have imprinted people to such an extent that they are passed down from generation to generation.
A story is a message told with words and other symbols, invoking familiar images from the subconscious, which then generate an internal dialogue between our conscious and subconscious.

* * *
There is an occult nose-thumbing at the bottom of many of these twilight language cereal murders, such as Jack the Ripper - poking fun at the investigators and the public because so many don't get the black comedy at the heart of it. It's a feeling of superiority magnified exponentially.

Clearly, Hoffman brings to our attention the words "cereal killer" and "cereal murder" to convey the deeper meaning he sees in "serial murders." The use of the name "cereal" is linked to its occult (as in the original meaning, "hidden," as well as its more contemporary theme - paranormal).

Hoffman, in another article about the D.C. Sniper, wrote: "'Serial' killer is heard as 'cereal' killer (from Ceres the vegetative goddess of human sacrifice). This writer [Michael Hoffman] didn’t coin the word 'serial' killer for ritual murder, the U.S. government’s FBI profilers did."

From Wikipedia: "Ceres' devotion to her own offspring [is likened] to that of a cow to its calf; but she is also as the originator of bloody animal sacrifice, a necessity in the renewal of life. She has a particular enmity towards her own sacrificial animal, the pig. Pigs offend her by their destructive rooting-up of field crops under her protection."

The Roman Ceres' known mythology is indistinguishable from the Greek Demeter's. 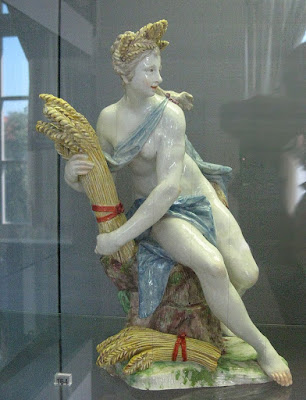 [M. A. Hoffman has made the entire interview document available online, as has Paranoia Magazine. Only a partial quotation passage is included here for fair use discussion. Please respect Hoffman's copyrights. While Hoffman and I may be world's apart in insights on other matters, and I will not entertain comments here about those aspects of Hoffman's writings, I do fully acknowledge and credit his excellent insights on the coining of the "cereal killer" terminology. He sees much that others wish to ignore.]

OK, Loren, but what do you make of this movie called Cereal Killers, which appears to be a modern diet and exercise regimen? Lose weight and get in shape with this "Twilight Language" diet?

One of my former writers (who is transgender - from man to woman) shared an eerie story a couple of years ago on my website about a possible encounter with Jeffrey Dahmer, who was living in that area of Ohio at the time. Breakfast noted ... : http://www.reddirtreport.com/red-dirt-grit/run