George Floyd and the Fayette Factor: Fayetteville to Lafayette Square 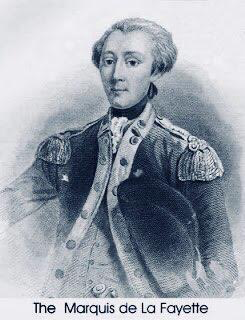 George Perry Floyd (Oct 14, 1973 – May 25, 2020, age 46) was born in Fayetteville, North Carolina. Over 140 cities were impacted by the demonstrations and uprisings coming in the wake of the murder of George Floyd in Minneapolis on Memorial Day, May 25, 2020.  See "George Floyd: Syncs, Coincidences, and Name Games" for more. 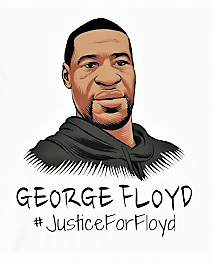 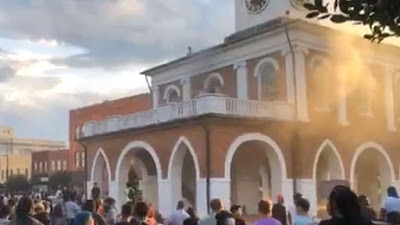 One location was Market House, Fayetteville, North Carolina, built in 1832, and was formally used as a site to sell slaves. It was set on fire on May 31, 2020. 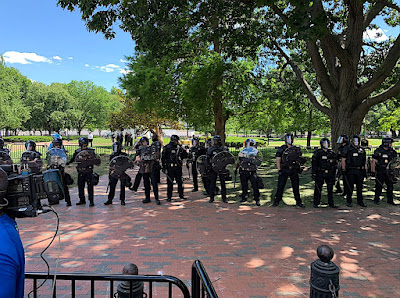 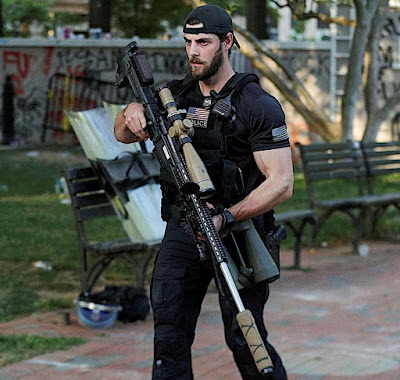 On June 1, 2020, there was a peaceful Floyd-related protest in Lafayette Square, Washington, D.C.  This occurred right as President Donald J. Trump gave a speech in the Rose Garden where he said, "I'm an ally to peaceful protestors."At the same time, the US Park Police and Secret Service, under orders from Trump, pushed the protesters out of the way with their shields, used smoke bombs, flash-bang shells, and rubber bullets to clear a path for Trump to walk across the street to St. John's Episcopal Church for a 7:04 minute photo op with him holding up a Bible. 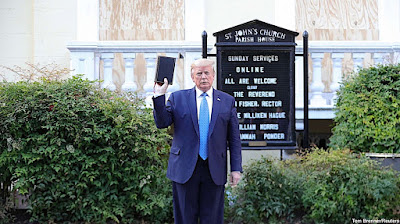 Planned as part of the pleasure grounds surrounding the Executive Mansion, this square was originally part of "President's Park", which is the larger National Park Service unit that also includes the White House grounds, The Ellipse, the Eisenhower Executive Office Building and grounds and the Treasury Building and grounds. In 1804, President Thomas Jefferson had Pennsylvania Avenue cut through that park, separating what would become Lafayette Square from the White House grounds. In 1824, the park was officially renamed in honor of the Marquis de Lafayette, the French general whose involvement was indispensable in securing victory in the American Revolutionary War.

Why was the park renamed in 1824? The year is significant as the year of Lafayette's grand Masonic tour of America. The Marquis de Lafayette was the last surviving French general of the American Revolutionary War in 1824, and he made a tour of the 24 states in the United States from July 1824 to September 1825. He was received by the populace with a hero's welcome at many stops, and many honors and monuments were presented to commemorate and memorialize the visit. Lafayette was only nineteen years old when entering America with no combat experience. 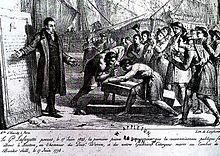 New York, Boston, and Philadelphia did their best to outdo each other in the celebrations honoring Lafayette. Philadelphia renovated the Old State House (today Independence Hall) which might otherwise have been torn down, because they needed a location for a reception to him. Until that point, it had not been usual in the United States to build monuments, but Lafayette's visit set off a wave of construction—usually with him laying the cornerstone himself, in his capacity as mason. The arts benefited by his visit, as well, as many cities commissioned portraits for their civic buildings, and the likenesses were seen on innumerable souvenirs. Lafayette had intended to visit only the original 13 states during a four-month visit, but the stay stretched to 16 months as he visited all 24 states.

The towns and cities that he visited gave him enthusiastic welcomes, including Fayetteville, North Carolina, the first city named in his honor. Source. 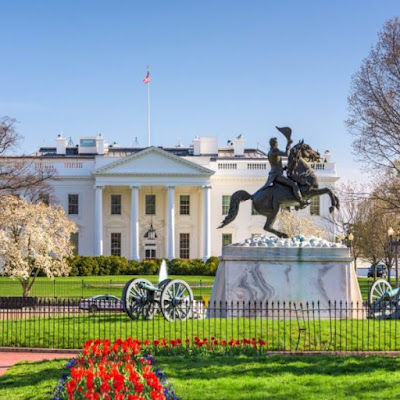 
Lafayette Square has been used as a racetrack, a graveyard, a zoo, a slave market, an encampment for soldiers during the War of 1812, and many political protests and celebrations. In 1851, Andrew Jackson Downing landscaped Lafayette Square in the picturesque style. On February 27, 1859 Representative Daniel Sickles killed Philip Barton Key II in Lafayette Square. Key had come to the park for an assignation with Sickles' wife, only to be discovered and killed by the congressman. 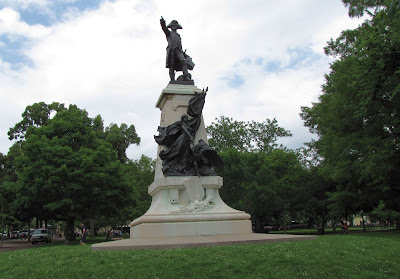 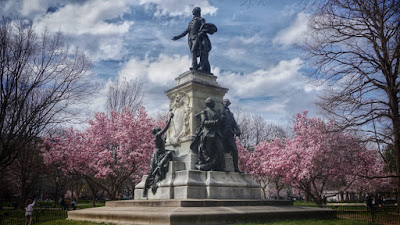 The Fayette Factor, as I characterize it, was first documented by researcher and writer William Grimstad back in 1977. Grimstad wrote about the Fayette concept in an article entitled "Fateful Fayette," Fortean Times, No. 25, Spring 1978, and in his two books - Weird America and The Rebirth of Pan - credited as being authored by "Jim Brandon," who we know as Bill Grimstad. In all editions of Mysterious America (1983 through 2007), you will find added material on the "Fayette" name game.

The "Fayette Factor" is a phrase capturing the surprisingly high numbers of Fortean or inexplicable events, violent incidents, and synchromystic findings linked to places named after one of the USA's Founding Fathers--Gilbert du Motier, the Marquis de Lafayette (1757–1834).

Lafayette can also be translated from the French as "the little enchantment," as well as "the little fairy." Joan of Arc at the age of 8 danced around a "fay tree," a "fairy tree," some saying she saw fairies (which links to the French surname from Occitan, "the little beech tree"). Others tell that she heard voices, had visions, and was "enchanted."

The cities, towns, and counties across the United States, which are the hotspots linked to the Fayette Factor, are tied to the renamed Masonic lodges and affiliated sites that the Marquis de Lafayette visited on his grand tour of the country in 1824-1825. His visits were highly ritualized happenings, in which he was involved with laying many cornerstones.

For a list of all the postings on "Twilight Language" related to the Fayette Factor, see here. 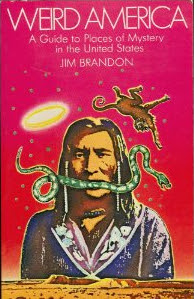 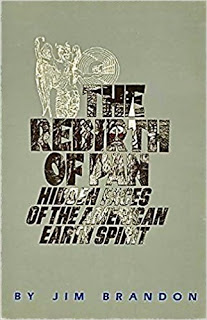 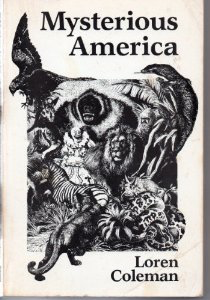 All three books deal with the "Fayette Factor" and the "Name Game."

For autographed copies of Mysterious America, click on the title.
Posted by Loren Coleman at 1:39 PM