The Fayette Factor, as I characterize it, was first documented by researcher and writer William Grimstad back in 1977. Grimstad wrote about it in an article entitled "Fateful Fayette," Fortean Times, No. 25, Spring 1978, and in his two books - Weird America and The Rebirth of Pan - credited as being authored by "Jim Brandon," who we know as Bill Grimstad.

Unfortunately, illegally printed and pirated copies of The Rebirth of Pan, with more "Fayette" data, are to be found for sale online; some few may be legal used copies. My writings on the topic have continued with examples for the last 40 years or so (see especially Mysterious America). 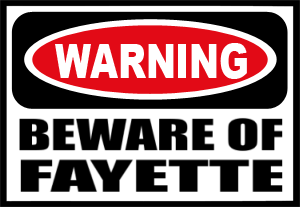 The "Fayette Factor" is a phrase capturing the surprisingly high numbers of Fortean or inexplicable events, violent incidents, and synchromystic findings linked to places named after one of the USA's Founding Fathers--Gilbert du Motier, the Marquis de Lafayette (1757–1834).

Lafayette can also be translated from the French as "the little enchantment," as well as "the little fairy." Joan of Arc at the age of 8 danced around a "fay tree," a "fairy tree," some saying she saw fairies (which links to the French surname from Occitan, "the little beech tree"). Others tell that she heard voices, had visions, and was "enchanted." 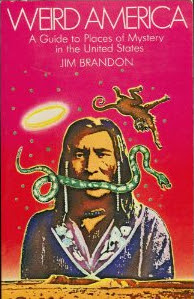 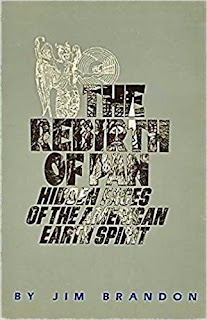 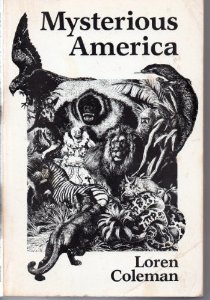 The cities, towns, and counties across the United States, which are the hotspots linked to the Fayette Factor, are tied to the renamed Masonic lodges and affiliated sites that the Marquis de Lafayette visited on his grand tour of the country in 1824-1825. His visits were highly ritualized happenings, in which he was involved with laying many cornerstones.

The locations where he was taken to visit are a virtual roadmap of the "special places" in this land. For example, in 1825, The Marquis de Lafayette, on board the ship (please note!) Enterprise, visited the Cahokia mounds, and the significant Bloody Island, which then was so large that half of the Mississippi flowed east of it. (Intriguingly, Lafayette returned to France in 1825, on the day after his birthday, demonstrating a keen eye on the calendar and a desire to celebrate September 6th in America.)

Many Masonic locations have been linked beyond the easily recognized Lafayette name to a broader Freemasonry focus to mystic events and violent happenings. Some are very subtle. One man's journey, Lee Harvey Oswald, from his office across from Lafayette Square, New Orleans, would lead to the most infamous Masonic sites in the country. This vivid example of deathly weirdness is Dealey Plaza, where JFK was assassinated on November 22, 1963. Dallas' Dealey Plaza is the location of the state of Texas's first Masonic temple.

This extended harmonic game appears to have many Lafayette and Masonic meditations - and at the Twilight Language blog, I have taken this journey with you for years. The following postings will assist you to read about some examples I've cited down through the years. 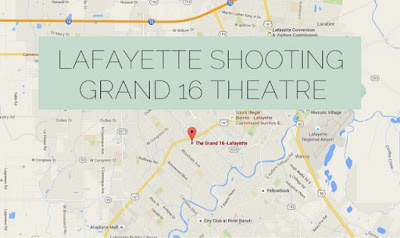 The Twilight Language blog has featured these Factor Factor-related postings:

Feb 27: Fayette Factor at the Oscars

Posted by Loren Coleman at 3:30 PM

Thanks for compiling the Fayette Factor posts into a file! Somewhere in the comments section of one of these posts, a Twilight Language reader made the observation that the word "Lafayette" is analogous to the word "Leviathan". I can hear the phonetic similarity but I was wondering if there might be any deeper meaning to this correlation, anything more substantial.