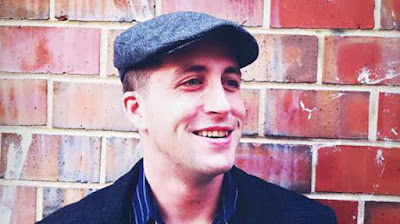 As announced on January 9, 2018, James Dolan, 36, American software engineer, former Marine and co-creator of the whistleblower submission system SecureDrop alongside Aaron Swartz and Wired editor Kevin Poulsen, died by suicide "over the holidays."

Details are lacking. The exact date of Dolan's suicide and the method are unknown, at this writing. It appears to not be a coincidence that this suicide came so nearly on the fifth anniversary of Swartz's death. 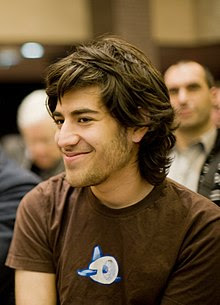 On the evening of January 11, 2013, Swartz was found dead in his Brooklyn apartment by his partner, Taren Stinebrickner-Kauffman. A spokeswoman for New York's Medical Examiner reported that he had hanged himself. No suicide note was found. Swartz's family and his partner created a memorial website on which they issued a statement, saying: "He used his prodigious skills as a programmer and technologist not to enrich himself but to make the Internet and the world a fairer, better place."
Days before Swartz's funeral, Lawrence Lessig eulogized his friend and sometime client in an essay, Prosecutor as Bully. He decried the disproportionality of Swartz's prosecution and said, "The question this government needs to answer is why it was so necessary that Aaron Swartz be labeled a 'felon'. For in the 18 months of negotiations, that was what he was not willing to accept." Cory Doctorow wrote, "Aaron had an unbeatable combination of political insight, technical skill, and intelligence about people and issues. I think he could have revolutionized American (and worldwide) politics. His legacy may still yet do so."

In 2011–2012, Swartz, Kevin Poulsen, and James Dolan designed and implemented DeadDrop, a system that allows anonymous informants to send electronic documents without fear of disclosure. In May 2013, the first instance of the software was launched by The New Yorker under the name Strongbox. The Freedom of the Press Foundation has since taken over development of the software, which has been renamed SecureDrop.

SecureDrop has been described as a Wikileaks-inspired software.

If you struggle with suicidal thoughts please call the
National Suicide Prevention Hotline: 1-800-273-8255.