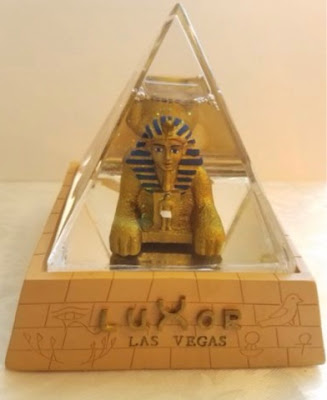 To Americans, Luxor is a name associated with the attack in Las Vegas, but it is a name that has roots in Egypt. On the night of Sunday, October 1, 2017, a gunman opened fire on a crowd of concertgoers at the Route 91 Harvest music festival on the Las Vegas Strip in Nevada, leaving 58 people dead and 546 injured. Between 10:05 and 10:15 p.m. PDT, 64-year-old Stephen Paddock of Mesquite, Nevada, fired more than 1,100 rounds from his suite on the 32nd floor of the 43-story Mandalay Bay hotel, situated next to the Luxor Las Vegas. About an hour after Paddock fired his last shot into the crowd of 22,000, he was found dead in his room from a self-inflicted gunshot wound. His motive is unknown. 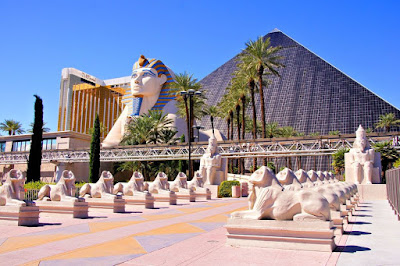 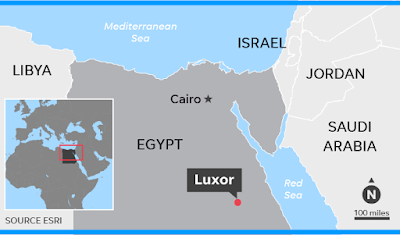 Strong winds forced the balloon, which was carrying 20 tourists, off course above the southern city, home to some of Egypt's most famous pharaonic temples and tombs. The balloon took off around sunrise and flew about 45 minutes at an altitude of 450 meters (1,500 feet) before the pilot lost control over a mountainous area, the officials said, adding that the pilot was also injured.

An official statement from the Luxor governorate confirmed that 12 people were injured. The balloon passengers included South African and Argentine tourists. Tourists from Australia, France and Brazil were among those injured, it said, citing an unnamed medical official. 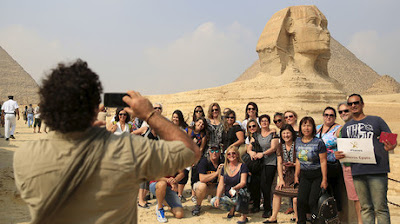 The hot air balloon flights are popular because they offer spectacular views of the ancient Karnak Temple and other historical sites. The flights usually start shortly before sunrise and pass over green fields leading to the Valley of the Kings — the burial site of the famous boy king Tutankhamun and other pharaohs.

Luxor has a history of hot air balloon crashes. The deadliest took place in 2013 when a balloon flying over the city caught fire and plunged about 305 meters (1,000 feet), crashing into a sugar cane field and killing at least 19 foreign tourists. Ballooning experts say the accident was the worst in the sport's 200-year history. 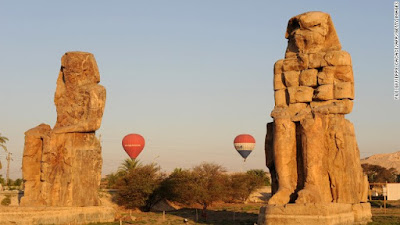 On 26 February 2013, at 07:00 Egypt Standard Time (05:00 UTC), a hot air balloon crashed near Luxor, Egypt. The crash resulted in 19 deaths out of 21 passengers – 18 on-site and one in hospital hours later. It is the deadliest ballooning accident in history and the deadliest aerostat disaster since the Hindenburg disaster in 1937 which killed 36 people.

The Britons Yvonne Rennie, 48, Joe Bampton, 40, and Bampton's Hungarian-born partner, Suzanna Gyetvai, 34, died in the tragedy. It appears to have been the worst accident of its kind in history. 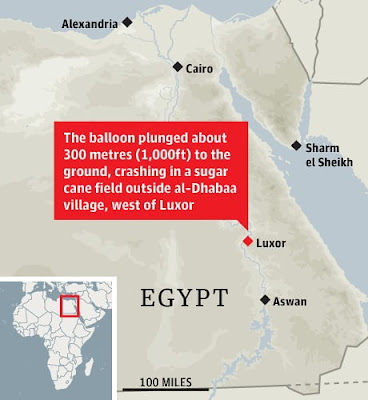 Rennie's husband, Michael, 49, was being treated on Tuesday night at Luxor international hospital, where a spokeswoman said he was in a stable condition. He and the pilot, named locally as Momin Mourad Ali, were the only survivors. They, along with seven other passengers, including the other three British-based tourists, are believed to have jumped out of the balloon to escape the flames. Ali suffered 70% burns and was also being treated in hospital in Luxor.

The other tourists – nine from Hong Kong, four Japanese, two French and a Belgian – all died in the explosion.

Posted by Loren Coleman at 3:23 PM