The X-Files Answers Everything (Including Bigfoot), Via The Mandela Effect? 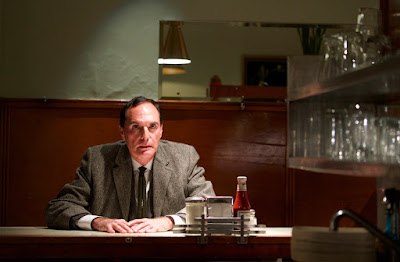 During the revival of The X-Files, it has been obvious the series writers have done their contemporary homework.

On January 24, 2018, in the fourth episode of the eleventh season, written and directed by Darin Morgan, The X-Files employs "The Mandela Effect."

The episode is entitled "The Lost Art of Forehead Sweat," and it explores “the idea of The Mandela Effect, in which large groups of people remember an alternate history." During the program, Mulder and Scully find out how the X-Files themselves may really have originated. 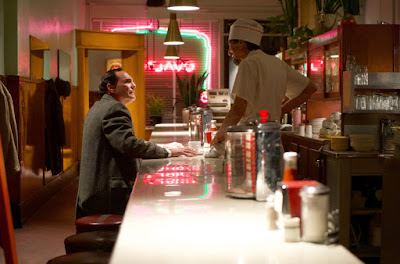 Besides the regular actors of the series, this episode includes Brian Huskey as Reggie Something, Stuart Margolin as Dr. They, Dan Zukovic as Martin, and Bill Dow as Pangborn.

“There was a purpose there that gave it a purpose,” Morgan teased to TV Insider earlier this month. 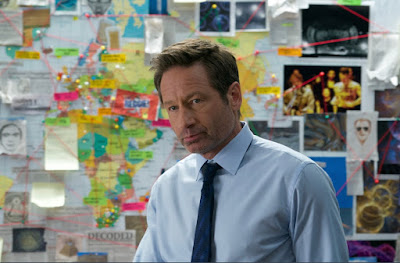 Series creator Chris Carter also told TVLine last November that Morgan’s episode is “original, smart, funny … everything you expect.” Carter added that it “has a big link to previous ‘X-Files’ episodes.”
While Morgan makes fun of Mulder in his episodes, Duchovny actually likes the installments Morgan wrote. “What I personally love in [Morgan’s episodes] is that he hates Mulder,” Duchovny told TVLine last December. “He’s always trying to make Mulder an imbecile and the butt of every joke.”
Although the 57-year-old actor enjoys playing the quasi-victim in Morgan’s episodes, Duchovny admitted that portraying one is a challenge. “It’s very difficult to figure out how to play Mulder in those episodes because he’s such a fool, and I feel pressure to find that place where I can service how funny it is and still keep Mulder Mulder,” the Californication alum explained. “It’s a bit of a pressure cooker for me because I love Darin and I want his episodes to have integrity. I don’t want it to just be this goofy thing like, ‘Oh, we’re not The X-Files this week. We’re winking. It’s not really Mulder.’ I want it to be more than that.” Source. 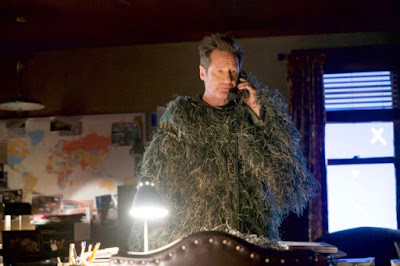 There appears to even be a gag about Bigfoot in the episode, noted at the end of this trailer:

I just posted about The Mandela Effect less than a week ago, in relationship to the Bernstein/Woodward name game: 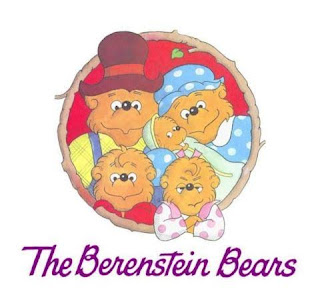