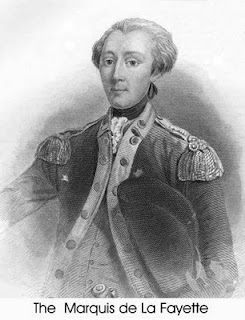 The "Fayette Factor" is a phrase capturing the surprisingly high numbers of Fortean or inexplicable events, violent incidents, and synchromystic findings linked to places named after one of the USA's Founding Fathers--Gilbert du Motier, the Marquis de Lafayette (1757–1834). It was first documented by researcher and writer William Grimstad, back in 1977, and written about in "Fateful Fayette," Fortean Times, No. 25, Spring 1978. My writings on the topic have followed up and continued with examples for the last 40 years or so.

An etymology view of "Lafayette" notes it can be translated from the French as "the little enchantment," as well as "the little fairy." Joan of Arc at the age of 8 danced around a "fay tree," a "fairy tree," some saying she saw fairies (which links to the French surname from Occitan, "the little beech tree"). Others tell that she heard voices, had visions, and was "enchanted." The name has a long history. Marshal of France Gilbert de La Fayette III, an ancestor of Marquis De Lafayette, led the army of Joan of Arc, in Orléans. The habitation of Lafayette, the location of La Grange, also gets our special attention. 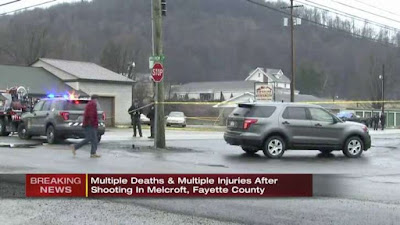 The latest Fayette frenzy occurred on Sunday, January 28, 2018, in Fayette County - one of the poorest, most rural Appalachian counties in Pennsylvania. 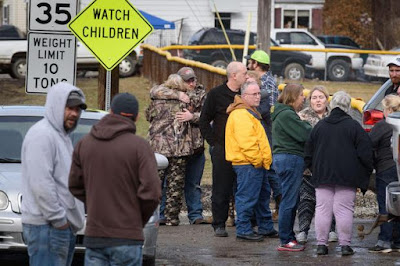 At least four people were killed during a shooting motived by a jealous rage at a car wash in suburban Pennsylvania on Sunday, state police said. The shooting at Ed's Car Wash took place shortly before 3 a.m. in the Melcroft community of Saltlick Township, about 55 miles southeast of Pittsburgh. Ed Bukovac is the owner of the car wash.

Police initially said five people were killed but later clarified that the suspect is on life support at a local hospital. 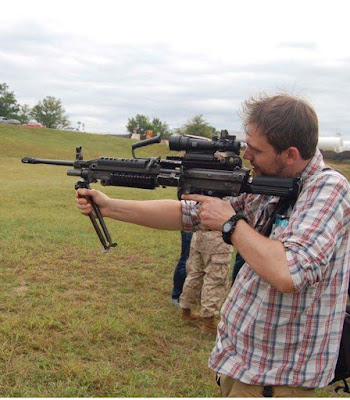 The shooter -- identified as 28-year-old Timothy O'Brien Smith (pictured above) of Ligonier -- sustained a gunshot wound to the head and is not expected to survive. Police said the gunshot wound may have been self-inflicted.  He allegedly arrived in a Toyota Tacoma and parked on the side of the car wash.

Smith was armed with an AR-15 semi-automatic rifle, a 9mm handgun and and possessed a 308 rifle, Fayette County District Attorney Richard Bower said. Smith wore a body armor carrier without the ballistic panels and had several magazines of for the AR-15 and 9mm, Bower added.

Posted by Loren Coleman at 9:43 PM