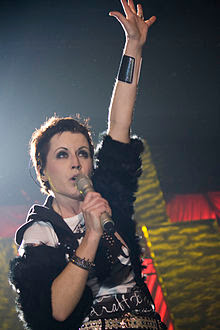 Dolores Mary Eileen O'Riordan (6 September 1971 – 15 January 2018) was an Irish musician and singer-songwriter. She led the rock band the Cranberries for 13 years before the band took a break starting in 2003, reuniting in 2009. Her music has been labeled alternative rock, Celtic rock, and post-grunge.

On 15 January 2018, at the age of 46, while in London for a recording session, O'Riordan died unexpectedly at the London Hilton on Park Lane in Mayfair, an affluent area in the West End of London towards the east edge of Hyde Park, in the City of Westminster. The cause of death has not yet been made public; police said it was not being treated as suspicious.

Lead Singer of the Cranberries Dolores O'Riordan died of Fentanyl poisoning on the 15th, said a source in the London Police Department. Authorities found counterfeit fentanyl near the rocker's bed. 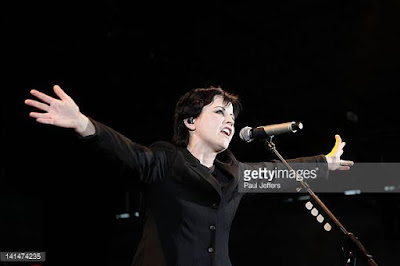 Fair use: Paul Jeffers' image of Dolores O'Riordan from The Cranberries performs during F1 Rocks! Melbourne

Compare it to the "Jesus Christ Pose" of Chris Cornell and Chester Bennington. 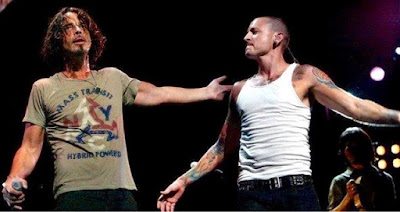 Of course, I had expected another young death on the fringes of the alternative rock/post-grunge arena, after recent months. The hanging suicides of Chris Cornell and Chester Bennington merely continues a long legacy. (See here, here, here, here, here, and here.)

Exactly 14 years ago on January 15, 2018, Hope Of The States guitarist James "Jimmi" Lawrence (born 25 Jan 1977), 26, died by suicide, by hanging, in Peter Gabriel's Real World studios near Bath, while working on his band's debut album.

O'Riordan was raised as a Roman Catholic. Her mother was a devout Catholic who chose her daughter's name in reference to the Lady of the Seven Dolours. 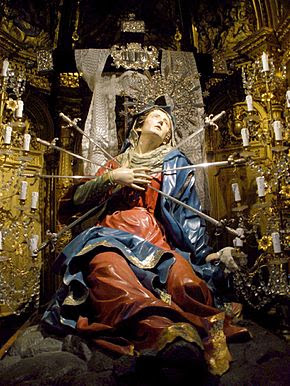 Seven Swords Piercing the Sorrowful Heart of Mary in the Church of the Holy Cross, Salamanca, Spain.

Besides being busy, another one of the reasons I didn't rush into writing a blog posting on O'Riordan was that a couple friends quickly wrote good essays on her passing.

...do note that Dolores derives from "Our Lady of Sorrows" and Reardon means "poet king." So the name-game was strong with this one. 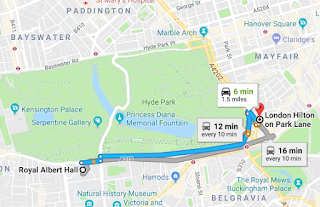 But we're not talking about depression or even the machinations of the music industry here. We're talking about an avalanche of syncs, symbols and connections all seeming to tell us that we need to pay special attention to a reclusive, middle-aged songstress from way back in the day.

How or why, I still have no earthly idea. I do have an unearthly one, however.

In that light, please note that O'Riordan died in a hotel a short distance from Royal Albert Hall, where Our Lady made her only public appearance in 2017, on the first day of Leo. The ostensible reason for the appearance was to discuss 1988's Blue Bell Knoll, which very much laid down the specific template bands like The Cranberries followed.

And remember that those tickets went on sale the day after Chris Cornell died in a hotel in Detroit. Also on the same day Twin Peaks: the Return premiered in Los Angeles.

There is little doubt that Dolores O'Riordan was touched religiously. In one of her last interviews before her death, she said she wanted to come back as an angel to help the unfortunate. 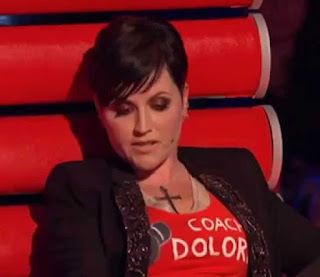 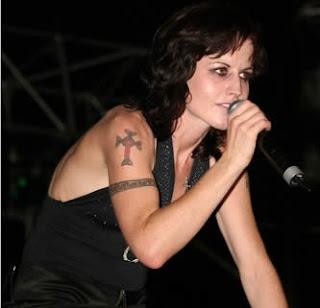 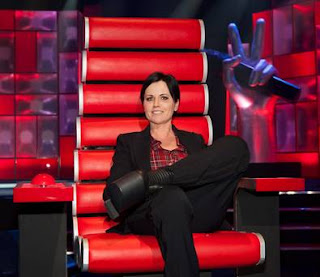 In November 2014, O'Riordan was arrested and charged in connection with air rage on an Aer Lingus flight from New York to Shannon. During the flight she grew verbally and physically abusive with crew. When police were arresting her after landing, she resisted, reminding them her taxes paid their wages and shouting "I'm the Queen of Limerick! I'm an icon!", headbutting one Garda officer and spitting at another. The judge hearing her case agreed to dismiss all charges if she apologised in writing to those she injured and contributed €6,000 to the court poor box.

After the arrest, Dolores O’Riordan's mother revealed that her daughter was separating from her husband after 20 years of marriage. The superstar singer was said to be in a "very vulnerable" state and was under the care of a psychiatric doctor, her mother Eileen O'Riordan said.

Eileen, speaking to the Limerick Leader newspaper at the time, recalled seeing her daughter when she arrived at Shannon Garda Station.

She said: “Dolores was inside in a room, she was lying on the floor, curled up. She had her head covered and her face covered up. She was trying to protect herself. I gave her a hug. I tried to talk to her. She didn’t realize I was there at all. I put Lourdes water on her."

More Cranberries, Back to the Future 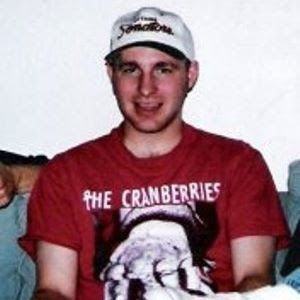 Cranberries in the 1990s

While Zombie was one of O'Riordan's better known songs, the following is known by many. 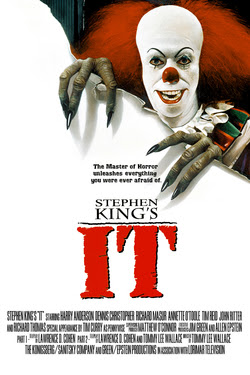 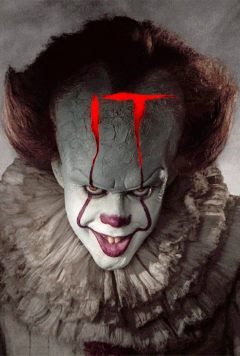 She many know the answers now.

I find the lights in the Salvation video mesmerizing. It wouldn't surprise me if future synchs look somewhat like that.

There were several underground musicians that died in the last few months/year without a cause of death released and I just assume it's heroin/fentanyl od's at this point.

Reardon/Riordan means "poet king?" I never knew, but I like it.

No relation, by the way. Her family is from Limerick and my dad's family came over from Derry.