The twilight language explores hidden meanings and synchromystic connections via onomatology (study of names) and toponymy (study of place names). The “Name Game” paints a picture, and it has been a major part of my writings since the 1970s.

The Name Game is about the relationship between proper names and the sync, Fortean, and harmonic power found in these special monikers. One example cited by Jim Brandon, Matt Bell and myself is "Lincoln."

Something tells me, let's call it a hunch, that Lincoln will be one of the names giving us pause in 2018. 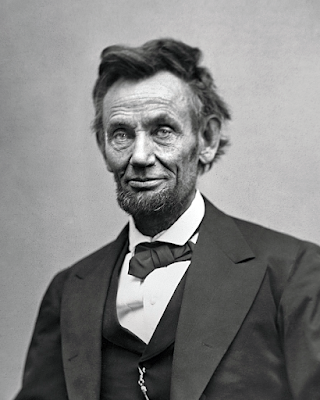 Lincoln: From a surname which was originally from the name of a city in England, derived from Brythonic lindo "lake, pool" and Latin colonia "colony.” Found written by Romans in the 7th century, administratively significant. Name often used in honor of Abraham Lincoln, 1809-1865.

“Lincoln” has been a power name for a long time in Fortean and sync literature.

Matthew Bell notes in "Hue of Lincoln," the following, with links to Cryptokubrology:

"The earliest origins of Lincoln can be traced to the remains of an Iron Age settlement of round wooden dwellings (which were discovered by archaeologists in 1972) that have been dated to the 1st century BC. This settlement was built by a deep pool (the modern Brayford Pool) in the River Witham at the foot of a large hill (on which the Normans later built Lincoln Cathedral and Lincoln Castle)...The origins of the name Lincoln may come from this period, when the settlement is thought to have been named in the Brythonic language of Iron Age Britain's Celtic inhabitants as Lindon 'The Pool'..." (Source);
cf. Stanley Kubrick's "Barry Lyndon."
...
And we see a connection, therefore, the names "Lincoln" and "Hugh." This sort of connection has been called a "Lexi-Link." Lexical nodes for "Linkin'" symbol patterns. Especially in the present context, then, we might instead call these "Lexi-Links" Lincoln Words/Names. Curiously, the inventor of "Lincolns Logs" was John Lloyd Wright: "John Lloyd Wright (December 12, 1892–December 20, 1972) was an American architect and toy inventor. ... He was the son of Frank Lloyd Wright and brother of Lloyd Wright." (Source)
Frank Lloyd Wright was "born Frank Lincoln Wright" (Source) Loren Coleman has recently written about Frank Lloyd-Lincoln Wright here and here (including Wright's connection to the word "Phoenix", FLW's place of death).

Coleman lists the movie "Killing Lincoln (2013)" as part of Tony Scott's filmography - and the predicted release date possibly "could be assumed to be 'characteristic' of, or symbolically identical with 23" (The Rebirth of Pan, p. 170). Of course, the killing of JFK has already been mentioned. And the parallels between the assassinations of Lincoln and Kennedy are legendary. Downard and Hoffman are also known for the monograph "King-Kill-33."

Of course, the Lincoln power name hooks up to Fayette too.

"Now I would like to consider some examples of a more ominous character," Jim Brandon in The Rebirth of Pan (1983) wrote, "We find 'the Lafayette factor' in the Abraham Lincoln assassination of the 1860s...A slippery character named Lafayette Baker had been brought in to head the Secret Service by the enigmatic Edwin M. Stanton, President Lincoln's arrogant Secretary of War. Otto Eisenschiml, the pioneer revisionist historian of this amazingly crude murder conspiracy, delved into the story as far as the surviving records would allow.""His findings suggest that Lafayette Baker and Stanton had maneuvered to facilitate the escape into the South of assassin John Wilkes Booth, and when that proved impossible (owing to Booth's broken leg) to ensure that the killer was not brought back and that his evidently-incriminating diary did not survive intact."
"At the same hour Lincoln was shot at Ford's Theatre, Secretary of State William Seward "was attacked and savagely knifed by a deranged giant named Lewis Paine, who had forced his way into the Seward home. This house fronted upon Lafayette Square, just across Pennsylvania Avenue from the White House." 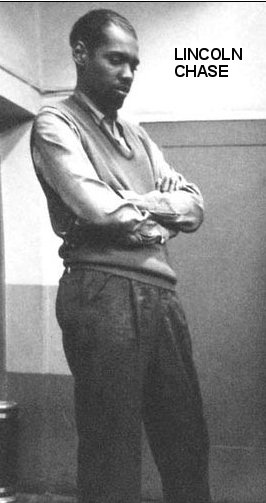 "The Name Game" was written by U.S. singer Shirley Ellis with Lincoln Chase, and Ellis's recording, produced by Charles Calello, was released in late 1964 as "The Name Game." That record went to number 3 on the Billboard Hot 100, and number 4 on the magazine's R&B charts in 1965. The record was re-released in 1966 and again in 1973.

The first few lyrics make use of the songwriters' own names.

A word chain game assumed musical history when Lincoln Chase and Shirley Ellis wrote a 1964 song. And it is intriguing that a "Lincoln" was right there in the middle of its creation.